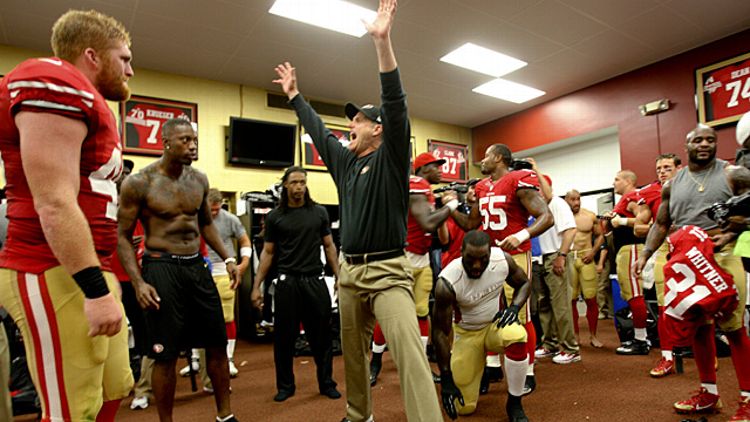 “I have been in this business since 2000, and this was one of the best NFL kickoffs sportsbooks have experienced,” said Sportsbook.ag’s Mike Perry. And he said that before the favored Texans failed to cover on Monday night against the Chargers — the biggest win of the week for more than a few books. Yes, the bettors got crushed.

Bovada reports an amazing 95 percent of all action on the Jets-Bucs game backed the losing Tampa Bay side. Think about just how lopsided that is. Nineteen of 20 bets faded the home underdog Jets. When the public grows sour on a team, nobody but the pros are willing to bet them. Not only did bettors lose against the four-point spread, they also lost their money line bets on the Bucs when New York kicked a late field goal for the win.

Oakland’s cover was another huge win for the house. Bettors liked the idea of backing Andrew Luck over the team with the worst Super Bowl odds entering the season. This was in spite of the advanced stats crowd predicting a regression, or the fact that the 2012 Colts were the first 11-win team to ever be outscored, or the small matter that the Colts — an 11-point favorite — won only two of 17 games last season by more than a touchdown. According to the action tracking tool at Pregame.com, only 18 percent of bets cashed with the Raiders.

The average bettor’s love of the bandwagon paid off with Kansas City. The Chiefs covered easily as four-point chalk, after opening favored by only a single point. Andy Reid’s team have had the support of bettors the entire offseason.

Niners-Packers generated the most action among Sunday’s day slate. This 4:25 p.m. ET start was a great example of the power of scheduling. The one other late afternoon game was of little interest to bettors, resulting in oversize SF-GB action on sides, totals, and parlays. The public won with San Francisco, even though the also-marquee Packers entered the contest having covered 20 of 28 as an underdog. The average bettor acts upon what he saw last, which was total playoff domination by the Niners against Aaron Rodgers & Co.

The wiseguys most consistently backed the Panthers, Browns, and Titans — covering only one of the three. Some, but not all, sportsbooks reported sharp action on two more losers: Minnesota and Baltimore. Keep in mind that professional bettors are separate people who each individually makes decisions. Wiseguy opinion is rarely unanimous, and sometimes the consensus cannot even be discerned. For example, LVH’s Jay Kornegay reported sharp action on the Falcons, while Boyd Gaming reported the same on the Saints.

In terms of the college game, the action was on Notre Dame at Michigan, with the bettors profiting on the favored Wolverines. Bovada was an exception, citing Florida-Miami as the larger bet game. Overall, bettors suffered a moderate college football loss for the second week in a row.

Handicapper Teddy Sevransky first pointed me to this week’s eye-popping case of just how aware college coaches are of the Vegas spread. North Carolina, favored by 19.5 against Middle Tennessee State, led by 27 late in the game. MTSU had the ball, and NC’s defensive starters were out of the game. MTSU scored with 25 seconds left and then recovered an onside kick at midfield. North Carolina, up by 20 with less than a half-minute remaining — again, favored by 19.5 — proceeded to put its defensive starters back in the game! You can bet the alumni appreciated it.

This Saturday will be dominated by Alabama at Texas A&M. The Golden Nugget’s Aaron Kessler expects the influx of bettors in Vegas for the Floyd Mayweather–Canelo Alvarez fight to drive a big handle all weekend. The marquee NFL game of the week is Sunday night’s battle between San Francisco and Seattle, but according to Boyd Gaming’s Bob Scucci, it might not generate the expected action: “Two teams are playing each other that the public loves to bet. The average bettor likes it more when real good teams play real bad teams, rather than good teams playing each other, or bad teams playing each other.” Next Tuesday, we’ll tell you the truth about what happened in Vegas over the weekend.