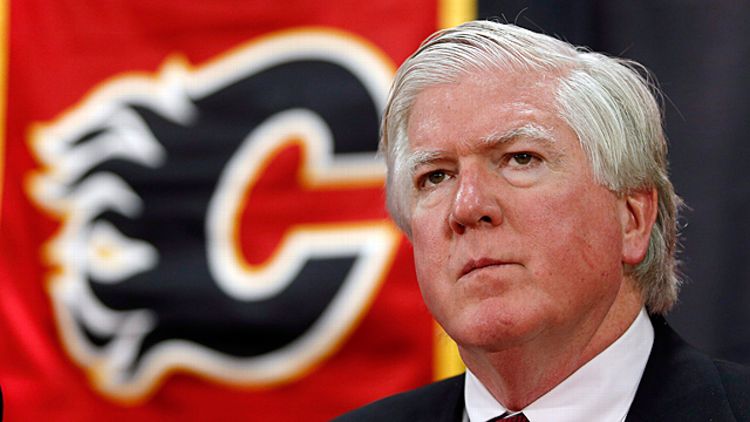 NHL training camps are beginning to open around the league, and that means that after months of trades, signings, hirings, firings, wild speculation, and unfounded rumors, we can finally declare the 2013 offseason over.

How closely were you paying attention to the summer’s news? Take this handy quiz to find out.

Once all the dust had settled, it became clear that the most overpaid person in hockey during this offseason was:

The Calgary Flames hired Brian Burke as president of hockey operations because:

A. His track record of success makes him the ideal candidate to lead the team through its upcoming rebuild
B. His larger-than-life personality will ensure the team continues to receive prominent coverage in a crowded Canadian media market
C. They honestly just wanted to see Jay Feaster’s “I’m totally getting fired in three months but have to pretend I’m somehow cool with all this” face

Ilya Kovalchuk’s retirement and move to the KHL at the age of 30 was considered a surprise, but perhaps should have been expected given that:

A. His 15-year contract was front-loaded, indicating he was always unlikely to play out the entire deal
B. The Devils ownership situation had created a sense of financial instability around the team
C. He’s one of those enigmatic Russians who’s always saying enigmatic things like “I would enjoy raising my family in my home country”

Canucks goaltender Roberto Luongo remained with the team, but some in the Vancouver media have recently referred to him as a “diva.” When they heard this, his teammates responded:

A. “That’s completely inaccurate and unfair.”
B. “We’re focused on the present, not on how he may have behaved in the past.”
C. “Well, duh, of course he is, it’s official team policy that all of us have to … oh sorry, we thought you said ‘diver.'”

The most important fact in Daniel Alfredsson’s decision to sign with Detroit instead of remain with Ottawa was that:

Martin Brodeur is likely entering his final season as the Devils’ starting goaltender. When his jersey is raised to the rafters in New Jersey, fans will look up at it and say:

A. “He was the greatest of all time.”
B. “We would have never won all those Stanley Cups without him.”
C. “Gee, it’s really too bad that they couldn’t get Cory Schneider’s footprint off his back.”

The Blackhawks recently gave Cup-winning goaltender Corey Crawford a six-year, $36 million extension. The deal has been widely criticized because:

A. The Blackhawks have a poor track record when it comes to giving large contracts to goaltenders
B. Crawford is only one year removed from a very disappointing 2011-12 season
C. He was one of the five goaltenders invited to Team Canada’s recent Olympic camp, so really, how good can he be?

Heading into the offseason, the San Jose Sharks’ team slogan was apparently:

A. “Stay the course.”
B. “No need to panic.”
C. “Just checking, but this offseason runs until January like the last one did, right?”

Flyers superstar Claude Giroux required surgery and will miss the beginning of camp after suffering a serious hand injury while:

A. Golfing
B. “Golfing”
C. Oh, just golfing. You know, in that way that makes your hand explode.
D. Yeah, definitely not golfing

Blues defenseman Alex Pietrangelo is the best restricted free agent on the market, but has not received an offer sheet from another team because of the part of the official process where:

A. Teams would need to meet his contract demands, which are rumored to be significant
B. Multiple draft picks would change hands as compensation
C. Gary Bettman mysteriously appears over the other GM’s shoulder whispering, “Don’t forget that we all agreed never to do this.”

Hall of Fame goaltender Patrick Roy was named coach of the Colorado Avalanche. Although he has had success behind the bench in juniors, Roy’s biggest weakness is:

A. His lack of coaching experience at the professional level
B. His difficulty relating to players who do not possess the same level of talent that he did
C. The way he occasionally pulls his starting goalie, then instinctively tackles him before he can get anywhere near the team president’s seats

Teemu Selanne recently announced that this upcoming season would be his last. This year, we should expect him to be:

A. Extra motivated, because it will be his last chance to win a championship
B. Somewhat distracted, given all the media attention he will receive in each city he visits
C. Slightly slower, thanks to the millions of hockey fans wrapped around his ankles at all times screaming “Don’t leave us!”