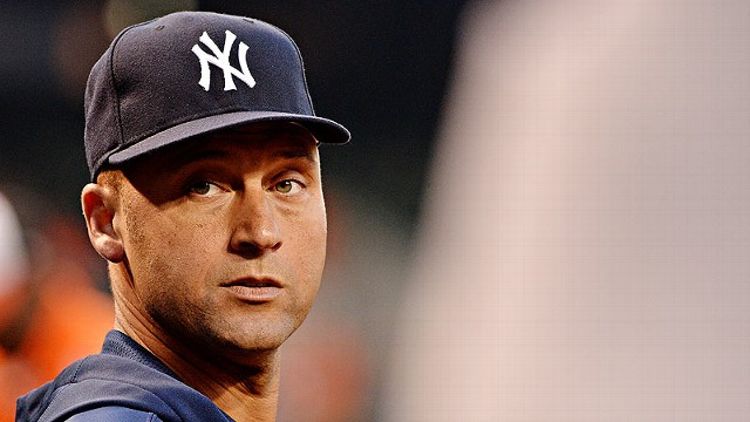 There’s no question that we’re playing the most important games of the season right now. You hate to say that about any games that aren’t happening during the playoffs, but sometimes that’s just the way it goes. In most years, you have the luxury of entering September with a healthy lead in the division, maybe even a clinched wild-card berth. Your biggest concerns are staying sharp for the postseason, getting guys healthy, that sort of thing. You have the luxury of planning. But this season isn’t like most seasons. We’ve struggled. We’ve had our lineup wiped out by injuries for a big portion of the year. There’s been what everyone keeps calling a circus-type atmosphere around the club, and they’re not talking about the time Boonie showed up to a game wearing a two-headed panda costume because he “came straight from the convention,” whatever that was supposed to mean. You learn not to ask too many questions when two-headed animal suits are involved.

And we’ve played all but a handful of games without our Captain on the field.

But here we are. It is what it is. All you can do is take it one way-too-important early September game at a time.

Even when those games end in extra innings, after Mo’s blown a save with two outs and two strikes in the ninth inning, and after we were unable to pick him up in the 10th. You can’t really let yourself get too upset about it. Mo’s the best closer that’s ever played the game, and 99 times out of 100 we’re going to get out of there with a win. It’s like getting hit by lightning. Maybe that’s not the best comparison since we’ve been hit by lightning a few times since the All-Star break. Maybe it’s more like an Amtrak derailment kind of situation. You don’t want to spend too much time thinking up more accurate analogies, because that’s time you could put to better use winning ballgames, but that’s what happens after tough ones like tonight.

The analogies are so much easier when you’re winning. It’s like falling out of bed, or watching the sun come up in the morning. Just much more of a natural thing. You’re not getting into weird probability problems.

Anyway, tomorrow is a new day. The sun comes up in the morning, we go out there and win at night.

When you put up eight runs, you expect to win. What you don’t expect to happen is to watch through the spaces between the webbing of your glove as the bullpen gives up nine runs. You don’t expect Ichiro to leap at the base of the wall and come down without the ball, then see the ball ricochet off the top of the wall into the stands for a grand slam.

You don’t expect to watch some guys who have made some really unfortunate personal grooming choices circle the bases and meet at home plate for high-fives and beard-tugs. You wish they’d save the beard stuff for the dugout. Doing it right there at home is probably some kind of health code violation. Something always falls out of the beard. You don’t care what falls out if it’s in the dugout; there are drains and the maintenance crew floods them after every game anyway.

But what you do care about is the nine bullpen runs. You care that Hughesy’s been put in the pen after a rough stretch, and he’s not handling the transition well. You care that after the game, he answered the questions at his locker because he’s always been a professional, but then he walked into the trainer’s room and burrowed underneath a giant pile of dirty towels. As Captain, it’s your job to tell him that’s everything’s going to be OK, and that we’ll go out there together and get a win tomorrow. But that conversation always goes a lot better when it’s not buffered by 20 pounds of soiled linens. It’s pretty hard to take the emotional temperature of a sweaty towel pile.

Girardi pulled me for a pinch runner after I singled in the sixth because he didn’t like the way I was running. I’m sitting in the hospital waiting for a precautionary CT scan. I told them at the stadium, and I’ll tell them again now: My ankle is fine. I know what it feels like when my ankle is not fine. When they check the scan they’re just going to see a fully healed and intact bone. And they’re also going to see the words “I TOLD YOU THE ANKLE IS FINE — DJ2” on the bottom of the scan, because I promised the tech a signed bat if he wrote that on it.

I’ll be back out there tomorrow. These games are too important to sit out.

They’re sitting me out a few days. They say indefinitely, I say a maximum of one day. These things are always a negotiation. We can meet somewhere in the middle. Two days. But I’m making myself available to pinch hit both days. I might start the second day, we’ll see how it goes. The ankle’s fine.

It’s been a frustrating season to say the least. I’ve never missed this many games, never experienced anything like this. Not ever. Not since I first stepped on the field when I was 6 years old. I had 14 hits that first day, and I remember every one of them. The coach wanted to give me the game ball, but I told him to give it to the kid who couldn’t hit it out of the infield, because individual accomplishments are meaningless. I also wouldn’t let him throw us a pizza party until we won the league, because that’s when you celebrate.

We won the league. And the pizza party was great because we’d earned it, because it meant something then.

You never want to get too lost in old memories when there are still games to win, but when you’re getting your ankle treated after a game and you see Joba Chamberlain across the clubhouse showing Ichiro how he can eat an entire Domino’s pizza in one mouthful, it triggers certain things. You can’t help it.

We’ll have our pizza party this year. It has to end that way. It has to.

Before the game, Alex comes up to me at the batting cage, where I’m watching the guys get their swings in.

“I need to ask your opinion on something, Jetes.”

He leads me away from the cage, to a quieter spot, and hands me a paper bag.

“Have a look inside.”

I open the bag. It’s full of Polaroids of horses.

“Are you buying a horse now?”

“Of course not. I’d never do that. Horses should be free.”

“Then what am I doing with these?”

“Just look at the lower parts, Jetes. The important parts.”

He grabs a photo out of the bag and points to the horse’s rear legs, tracing them with his finger.

“The contours are breathtaking.”

“How about this one?”

He reaches into the bag and takes out another photo.

“You like this one better? The contours are more subtle.”

“I can’t tell the difference, really.”

“Help you pick what?”

He snatches back the bag of Polaroids.

“I suppose you’ll just have to wait to see what I pick, Jetes.”

He tucks the bag into his jersey and steps up to the plate to take his cuts.

Later, Girardi bats A-Rod second in the game. Where I usually hit.

He homers in his first at-bat.

As he rounds third base, he looks over to me in the dugout.

And breaks into a gallop for a few strides.

It’s more graceful than it sounds.

You never read the papers, because they’re full of completely uninformed stories speculating about how I might want to walk away after a frustrating year, but then you find yourself being asked those stories, so you learn they’re out there.

I can’t say it more clearly than I can here in my diary: I’m not retiring.

I have a pizza party to plan.

Keep an eye out for your invitation.

It’ll be in late October.