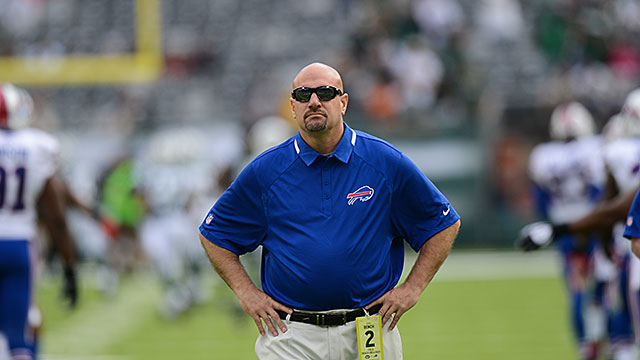 The biggest early-morning news we’ve received is from MLB. The Yankees have won the lottery and signed Japanese pitcher Masahiro Tanaka to a seven-year, $155 million contract. Jonah Keri put together a nice look at what this means for New York and for the rest of the teams that didn’t get him.

Forbes also released its list of the most valuable NBA teams. Coming in first place is the New York Knicks at $1.4 billion, followed closely by the Los Angeles Lakers at $1.35 billion. While James Dolan & Co. must love all the money the team is raking in, the fans aren’t as lucky. Let’s revisit a post by Brian Phillips in December with a very serious celebrity-based guide to enjoying the New York Knicks, who are now only half-bad.

For other updates that we don’t want to repeat about the Australian Open, Kevin Durant’s phenomenal game, and more, check out Spike Friedman’s About Last Night.

Apparently, if Jets quarterback Mark Sanchez gets cut and sent to free agency, there are other teams that will eagerly snap him up. The New York Post quoted a coach saying, “We’d take Sanchez. He’d be the starter as soon as he walked in the door for us.” So that’s good news for … Sanchez, I guess, and Sanchez only. It’s unlikely there will be any word from the Jets’ front office soon, but keep an eye out in the next few months.

The Australian Open is gearing up for an exciting semifinals bracket. Roger Federer’s defeat of Andy Murray, and Nadal’s win over Grigor Dimitrov means it’ll be an old-school Federer vs. Nadal match, but that’s set for Thursday. Tonight is the other side of the bracket, a still-entertaining Tomas Berdych and Stanislas Wawrinka, who face off at 3:30 a.m. ET. This one will likely be worth staying up or waking up for. On the women’s side, catch Dominika Cibulkova playing Agnieszka Radwanska, who just knocked Victoria Azarenka out of the tournament. Their match is set for a much more reasonable hour of 11 p.m. If you’re more interested in watching Martina Hingis and Martina Navratilova play doubles or want to scope out future stars, visit the Australian Open website, which has a complete schedule.

Look forward to a full slate of NBA games tonight, though only two promise to feature great basketball and entertainment. The first is, of course, the Thunder and the Spurs on ESPN at 8 p.m. The top spot in the Western Conference on the line (Oklahoma City is currently a half-game behind), and Kevin Durant is sure to make another fine shooting performance — if the Spurs don’t stop him, that is. The Suns-Pacers will be an interesting game between the league’s best defensive team and one of the league’s best offensive teams. Phoenix is one of the NBA’s highest-scoring teams at home while Indiana leads the NBA in opponent field-goal percentage and 3-point percentage. The Pacers are the best team in the league right now and should put Phoenix away easily, but the action itself should be fun to watch. For the rest of the schedule, go here.

There are a lot of college basketball games on tonight, with quite a few top 25 teams playing. None are must-watches (unless you have a certain allegiance, of course), but if you’re looking for a recommendation, I’d head to the Big Ten. No. 21 Michigan hosts no. 10 Iowa, where the Wolverines hope to stay undefeated in conference play and the Hawkeyes look to avoid an upset. As usual, look for a fun performance from Nik Stauskas. In other Big Ten play, no. 9 Wisconsin visits Minnesota. The Badgers are coming off a two-game losing streak to Indiana and Michigan and hope to turn the tide around. This is the Golden Gophers’ fourth consecutive game against a ranked opponent. They lost the first in overtime, won the second, and fell in the third, so this is the chance for Minnesota to even out that record. Go here for the full listing of games.

Bobby Abreu, the Phillies, and Learning to Find Joy in Dark Places