Triangle Cheat Sheet: Jadeveon Clowney Impresses at the Combine (Sort of), and Saying Good-bye to the Olympics 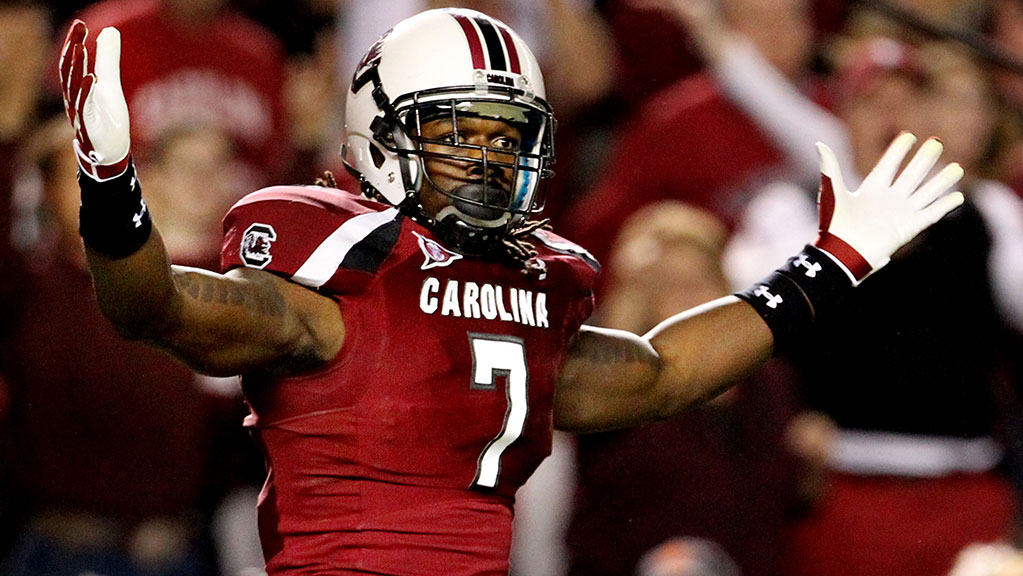 The NFL combine is under way, and as expected, players are impressing team scouts, but not quite enough. Former South Carolina defensive end Jadeveon Clowney had a strong showing in the 40-yard dash, clocking in at 4.53 seconds, a time faster than many of the wide receivers and running backs present. However, he skipped the position drills because of a hip flexor issue, leading to more talk about his lack of work ethic and motor skills. Here’s a full listing of top performers at the combine (tomorrow is the last day). And here is a video of Clowney running the 4×100 relay in 2010:

And here’s a Vine of him benching:

This is a cool video from the New York Times about Olympic athletes who use imagery and visualization to help them get better at their sport:

Another Olympics hit: This story from Wired’s Jeffrey Marlow is about how science helped a man who suffered an Achilles injury turn into a medal contender.

And for a more sobering read, this piece from Luke Cyphers of SB Nation is about the risk of running outdoors and the dangers of drunk driving.

Tonight in the NBA, you can pick from five games, the most competitive which may be Celtics-Jazz at 9 p.m. If you’re more into watching terrible, free-fall basketball, maybe you should catch Bucks-76ers at 7. If you want a more casual viewing experience, check out Warriors-Pistons and Clippers-Pelicans. And if you’re a Knicks fan (or a Mavs fan, or just like Spike Lee), tune into NBATV at 7:30.

The top college basketball games are slightly more entertaining, though only two ranked teams are playing. Check out ESPN at 7 to see if no. 4 Syracuse falls in its third consecutive game, this time to soon-to-be-non-ACC rival Maryland. If you like Big 12 play or watching promising freshmen, Oklahoma plays no. 5 Kansas at 9. Here’s a full listing of the games today.

And if you don’t like watching basketball, (1) I don’t know what you’re doing here, and (2) you can just watch The Bachelor on ABC.

Barcelona are reportedly set to announce after a board meeting on Monday that the club has decided to pay the 9.1 million euro sum which the Spanish tax authorities say was avoided during Neymar’s controversial transfer from Santos last summer.