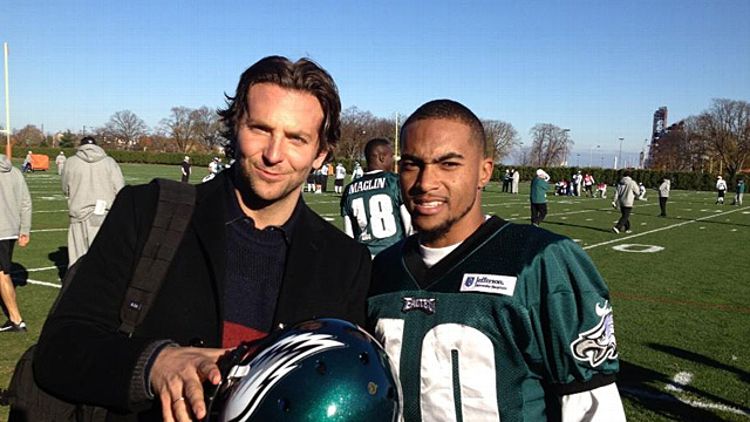 Clay Harbor, for whatever reason, does not have Wi-Fi. According to Robert Griffin III, Andy Reid met with him at the NFL Scouting Combine back in February and expressed interest in drafting him, which must be music to Michael Vick’s ears, assuming he can hear the music over the ringing bells, since his concussion (suffered this past Sunday against the Cowboys) is now being described as “pretty significant.” Cullen Jenkins feels like Bill Murray in Groundhog Day, and Jeremy Maclin is defending himself against criticism that he’s pulling out of routes, which, seeing as how Maclin has been treated like a crash-test dummy by opposing defenses this season, seems totally reasonable. At least he can take heart in the fact that he is apparently replacing Justin Bartha in The Hangover 3. Ah. That feels not at all better [opens 22-ounce Yuengling].