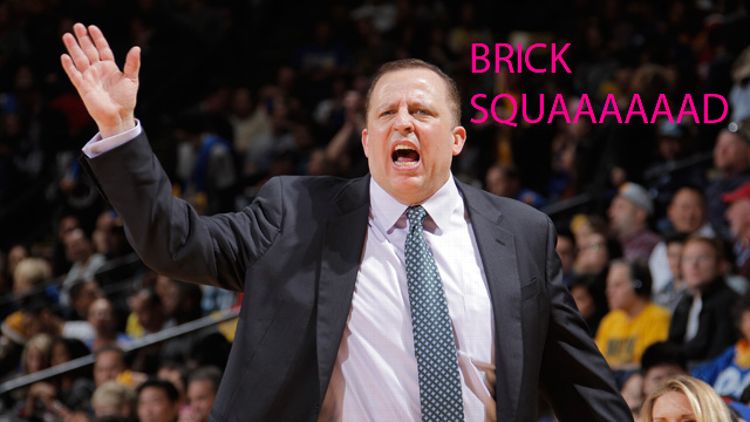 Down with the William Morris #LAUGHING2DABANK

Then he made another one …

Word is D.Rose back #HolyShit

This sent the basketball world into a momentary tizzy. Then everybody took a deep breath and realized that regardless of Flocka’s hoops pedigree …

… he was not exactly the most reliable source when it came to Derrick Rose’s health.

Today, Bulls coach Tom Thibodeau was asked to comment on Flocka’s rumormongering. His answers were pretty surprising: “The rapper you’re talking about?”

Here’s the rest of Thibs’s reaction to Flocka’s hoops hype: “When you’re talking about Flocka, you’re really talking about the whole Brick Squad Monopoly, you know? I mean, just their tenacity, their pressure … the pressure they put on your mind to think. To be creative. So, yes, I’m familiar with his work. He hollered at Danielle Fishel, so I certainly know of him. We know of him here. We keep our eye out, keep an ear to what’s going on. DuFlocka Rant 2 is in my Walkman as we speak.”

“And that presents a couple of problems. First of all, you know, this is a guy … his dribble is too high. Look at that. It’s like a yo-yo. Then you’ve got … just the basic filing issues. For a guy like me, I like to keep the record collection organized. There’s a system. You need a system. I have one shelf for mixtapes I made for various occasions, like Ash Wednesday or International Workers Day. Then I have a shelf for my field recordings of various Chicago CTA crews doing work, because I find that helps me relax. That and valerian root. Then there’s a shelf of long-playing vinyl, a shelf of cassette dubs of said vinyl, and a shelf of CD-R recordings I’ve made of those cassettes. So let me ask you: Where do I put rap mixtapes? I don’t have a shelf for that yet. And where does Waka Flocka go anyway? Does he go before War’s The World Is a Ghetto? Or after my extensive collection of pre-Buckingham and Nicks Fleetwood Mac bootlegs? What was the original question?”

About Last Night: Bull'd Over