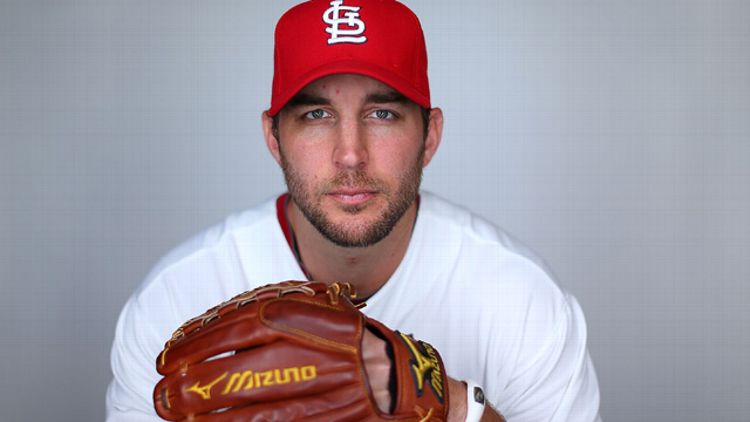 The Cardinals agreed to terms with Adam Wainwright this week on a five-year, $97.5 million deal, the latest reminder that baseball is swimming in cash, and that salaries will continue to soar.

Let’s start with this: Wainwright is a very good pitcher. In 2009, the right-hander staged an impressive breakout, adding two more strikeouts per nine innings and bumping his ground ball rate to a career high, above 50 percent. In 2009, 2010, and 2012, Wainwright averaged 221 innings pitched, with a 2.97 ERA, a FIP just more than 3.00, and a 4.97 Wins Above Replacement per season. He’s the best pitcher on the Cardinals’ staff by a wide margin, and one of the 10 best in the National League.

You’ll notice that 2011 isn’t included in the accounting of Wainwright’s track record. That’s because he missed that entire season after undergoing Tommy John surgery. His new contract doesn’t kick in until 2014 — the year he turns 33.

How does Wainwright’s deal rank with other recent big contracts for elite starting pitchers? Let’s take a look:

**Weaver signed his extension in late August 2011, so we’re counting 2011 as one of the three years leading into his new deal.

There’s a longer story to tell about how Cain, and not Wainwright, appears to be the outlier here. Suffice it to say, Cain has made a career of being an outlier, a legitimate ace who routinely posts ERAs much lower than defense-independent stats would suggest.

But Wainwright’s age — not to mention the fact that he’s the only pitcher in the group just a year removed from missing an entire season with a major arm injury — jumps right off the page. Pitchers aren’t as predictable as hitters (most of whom peak in their mid-to-late 20s). Between fastball velocity typically peaking in a pitcher’s early 20s, the high risk of pitcher injuries around the same age, and other, often nebulous factors, pitchers’ age curves simply look different than hitters’ age curves. Still, this isn’t some minor quibble. When Wainwright throws his first pitch under the terms of his new deal, he’ll be closer to 33 years old than 32, more than three years older than the next youngest signee in this cohort of recent extension recipients.

Does this make the Wainwright extension a bad one for the Cardinals? Maybe not, once you consider where salaries have gone in baseball, and where they’re headed.

Last year, Matt Swartz wrote a piece for FanGraphs citing the average cost of a win (as defined by Wins Above Replacement) on the open market, covering the years 2007 through 2011. That number? $5.4 million. Though no definitive study has been done since then, salaries have kept rising, such that a safe estimate for the cost of a win is now somewhere near $6 million.

This isn’t a screed against rising salaries. The industry’s soaring revenue streams support what the players are getting, and then some. Escalating local TV contracts are creating new powers in baseball, in both the on-field and economic sense. New ownership groups with new visions for marquee franchises are paying top dollar and then some to get into the game. Forbes just released its 2013 list of MLB franchise values, with the Yankees leading the way at $2.3 billion; even the Rays — the lowest in the league — were valued at $451 million. Five years earlier, the Yankees were pegged just above $1.3 billion, the Rays at $290 million. Teams need real cash flow to pay salaries, of course. But those rankings illustrate the economic health of the sport, as do total revenue streams: $5.5 billion in 2007, up to $7.5 billion five years later, and headed above $9 billion when the new national TV contract kicks in next year.

Whatever the current salary scale, a five-year contract of any kind is risky for any pitcher, let alone one who’ll be coming up on 33 on Opening Day next year, and one who’s had Tommy John surgery in the relatively recent past. There’s a real chance that the Wainwright deal goes sour on the Cardinals, who might’ve added a bit of “We Love Waino” sentiment in locking up not only a great player but also an organizational and fan favorite. Then again, you might have said the same thing a year ago, when the Cards handed Yadier Molina a five-year, $75 million extension that doesn’t kick in until next week, when Molina’s about three months shy of his 31st birthday (and catchers tend to age particularly poorly).

The way the game is going, we might think differently about Wainwright’s deal a year or two from now, too. Baseball’s economic boom should make us recalibrate what constitutes fair market value, and what’s a bad deal. With the richer-than-rich Dodgers now working on a long-term deal for the better — and much younger — Clayton Kershaw, there’s still more sticker shock to come.