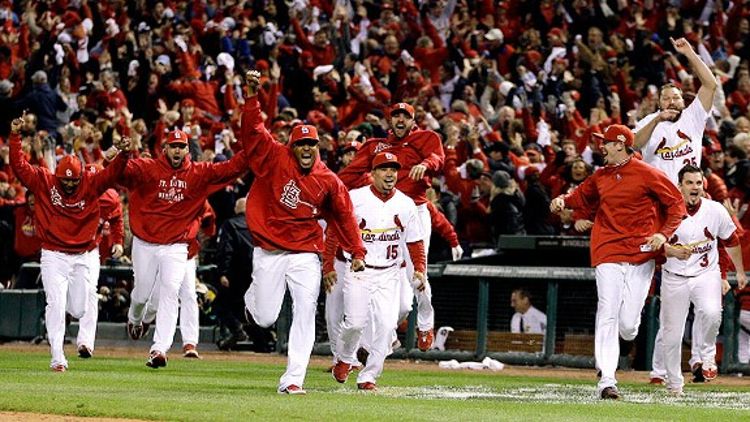 If you believe in destiny, aura, bad luck, momentum, or even the curse of the missed opportunity, you’ve probably written off the Texas Rangers. After last night’s excruciating loss, when the franchise’s first World Series was a single, tantalizing strike away on two separate occasions, they seem doomed to falter tonight. Think back to Bill Buckner, and the most famous Game Six in history. There was no way the Red Sox were coming back to win Game Seven, right? The universe had marked them with the black thumb, and the final act of their particular tragedy was written the moment the ball trickled through Buckner’s legs.

But before you proscribe Texas to the same fate, and before you serve the city of Arlington with a writ of cosmic condemnation, at least consider the alternative. Consider that Game Six, with its incredible finish, might be the most memorable part of this World Series regardless of who wins tonight. That Texas, insanely enough, could still take the damn thing.

There’s a certain phenomenon in sports that only surfaces on extraordinary occasions. It comes about when an early incident is so resonant, and so singular, that it becomes the enduring highlight- even though the side it favors ultimately loses. It’s worth emphasizing the rarity; sports are inherently competitive, and competition is designed to yield a champion. The very structure of a game exists to make us remember the winner. But it will happen, once or twice in a blue moon, that a loser’s feat claims the foremost spot in our memory. Call it the Silver Paradox- when second place is the first winner.

Here, in no particular order, are five prominent Silver Paradox moments in sports; examples of why Rangers fans shouldn’t despair quite yet. We’ll start with baseball.

The Scene: In the aftermath of the 9/11, New York was reeling. As much as sports can signify anything against the backdrop of tragedy, these games were meaningful to the city. After a mediocre season that saw the Yanks make the playoffs by virtue of winning a weak division, they snuck past Oakland in the first round on a divine flip by Derek Jeter. In the ALCS, they needed only six games to beat a Seattle Mariners team with one of the best records in baseball history. That set up the World Series against Curt Schilling, Randy Johnson, and the Diamondbacks. Arizona won the first two at home. Roger Clemens pitched one of the few good playoff games of his life to give the Yanks a win in game 3. Then came the miracles.

The Moment: In game 4, down 3-1 with two outs in the bottom of the 9th, Tino Martinez came to the plate.

The stadium erupted, and would do so again when Derek Jeter became Mr. November with a walk-off home run after midnight in the 10th. In game 5, again down two in the bottom of the 9th, it was Scott Brosius’ turn:


Alfonso Soriano hit the game-winner in the 12th, and the Yanks took a 3-2 series lead.

The (Nearly) Forgotten Epilogue: Mariano Rivera had a rare postseason blunder in Game Seven, blowing the save and the Series.

The Scene: Lovable loser John Daly had assembled the scattered pieces of his life, at least for four days, and finished his Sunday round with a lead. There was a sense that the stars were aligned, that he’d climbed back from some dark hole and thus deserved the Claret Jug as a reward. The last player to dodge was Constantino Rocca, who needed to go up and down from the fairway on the 18th to force a playoff. When Rocca duffed his chip, and the ball rolled off the green into the Valley of Sin, the Italian pounded himself on the head. In the room where he was watching the finish, a look of relief washed over Daly’s face, and he smiled as he hugged his wife. Finally, it was over. And then this happened:


In a miraculous instant, Rocca had reversed fortune (side note: you need to hear the Italian announcer call the putt). He fell in disbelief and pounded his fists into the grass. Daly, or what was left of him, was finished.

The (Nearly) Forgotten Epilogue: In a four-hole playoff, Daly beat Rocca with ease to win the Open.

The Scene: Coach K was out for the season with a back injury. Duke was experiencing its worst year in a very long time, with an 0-7 ACC record. The Tar Heels, meanwhile, were led by Jerry Stackhouse and Rasheed Wallace. They’d piled up a 16-1 record, were ranked second in the nation, and would go on to make the Final Four. But for whatever reason, they couldn’t run away from Duke. With seconds remaining, they led just 105-102 when Serge Zwikker had two foul shots to ice the game. He missed the first.


With Cameron in hysterics, Jeff Capel’s shot seemed to take the life out of Carolina. Today, it’s still referenced in any discussion of the greatest moments in Duke basketball history.

The Scene: Swedish master Bjorn Borg was vying for his fifth straight title. Standing in his way was John McEnroe, the young American hot-head. The final was the most-anticipated tennis match in years, and probably marked the high point of their great rivalry. McEnroe came out firing, winning the first set 6-1. Borg rallied to win the next two, and the two men fought their way to a 4th set tiebreaker.

The Moment: After a match of exciting, back-and-forth play, the tiebreak exceeded all expectations. A tiebreaker usually goes to seven points, but this one went to 18. Borg saved six set points; McEnroe saved five match points. To this day, it’s still considered the greatest set in professional tennis history. When Borg finally missed an easy forehand, McEnroe won 18-16, forcing a fifth set. “I knew I had won the match,” he said later. “I knew it.”


The (Nearly) Forgotten Epilogue: He was wrong. In the deciding set, Borg won 8-6 for his fifth straight Wimbledon title.

The Scene: In Game Six, needing a win to push the series to a deciding Game Seven, the Red Sox erased a 3-run deficit in the eighth to force extra innings. They managed to keep the Reds off the board three straight times, and in the bottom the 12th, they sent Carlton Fisk to the plate.


The (Nearly) Forgotten Epilogue: In Game Seven, the Red Sox lost the game and the Series 4-3, in large part because starting pitcher Spaceman Bill Lee, one of the weirdest characters in sports history, tried to throw a lobbed ‘eephus pitch’ to a grateful Tony Perez.

It’s happened before, Texas, and the Silver Paradox could smile on you tonight. Stay tuned.