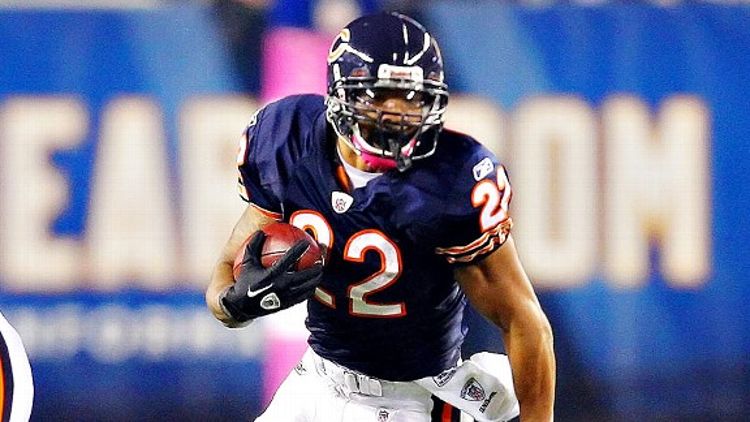 Yesterday on Grantland, my esteemed colleague Bill Barnwell handicapped the race for the 2011 NFL MVP award. Because the list was designed to predict whom a bunch of sportswriters will vote as the Best Quarterback on the Best Team, it provided few surprises. Among the six candidates three are superstar NFL quarterbacks … and Eli Manning. What I’m interested in has less to do with who will receive the most votes for an award once given to a kicker, and more to do with who’s actually been the most valuable player through seven weeks of the NFL season.

That would be Matt Forte.

In the interest of full disclosure, it isn’t possible for me to approach this in an impartial way. I’ve seen every snap of Forte’s NFL career, and I can say that’s probably the reason I feel compelled to state his case.

As soon as he was drafted in the second round out of Tulane in 2008, Forte became the Bears starting running back, and all he’s done since is become the most underrated position player in football. Since ’08, Forte trails only Adrian Peterson and Chris Johnson in yards from scrimmage. Those two have a combined seven trips to the Pro Bowl and more than $150 million in brand new contracts. Forte was once named the Diet Pepsi Rookie of the Week.

Listen, I’m not bitter. Forte was banged up a bit over the last two years, and although he’s been great, his numbers have never been staggering. This year? Not so much.

With 175 total yards against Tampa Bay last week, Forte got to 1,000 yards from scrimmage in fewer games than anyone since 2004 (Tiki Barber and Priest Holmes also did it in seven games). On his current pace, he would finish with 2,494 yards — second all-time behind Chris Johnson’s 2,509 in 2009. Barnwell noted that for position players to win the MVP, they have to put together a transcendent season. I guess we’re saving that adjective for quarterbacks who complete 48 percent of their passes against winless teams.

For me, it’s not the totals that have made Forte’s 2011 so ridiculous. It’s just how important he is to Chicago’s offense. Through seven games, Forte’s 1,091 yards from scrimmage make up 43.6 percent of the Bears’ offensive output. Since the AFL/NFL merger, only four players have finished the season with a higher percentage (O.J. Simpson in ’73, LaDainian Tomlinson in ’03, Johnson in ’09 and Jamal Lewis in ’03). The best pass-receiving running back in the NFL (no back has caught more passes or had more receiving yards since 2008 than Forte’s 209 for 1,914 yards), Forte is the Bears’ passing game. He has two fewer catches (38) than the Bears’ second- and third- leading receivers combined (40).

The season Johnson put together in Tennessee two years ago was aided by one of the league’s best offensive lines. Forte’s, well … isn’t. The Bears have started five different combinations of linemen in seven games, and each has devised a new way to try to end Jay Cutler’s life.

Their help in the running game hasn’t been much better. Runs that result in negative yardage are generally attributable to the offensive line, and no running back has been dropped in the backfield more often this season than Forte. Contrast that with his 21 runs of 10+ yards (second in the league), and it becomes clear why I’ve (half-jokingly) said that I wished Forte played for a better team.

And guess what? He might get the chance. (Warning: obligatory rant upcoming) In his never-ending quest for every football fan and player in Chicago to despise him, Bears GM Jerry Angelo hasn’t budged on his low-ball offer on Forte’s new deal. Now, I know recent decisions to give big money to running backs haven’t exactly panned out, but I’m not sure it’s time for the guy responsible for this, this and this to try and outsmart everyone. Because as Brian Urlacher will tell you, through seven games the best player in football resides in Chicago. And believe it or not, he plays offense.