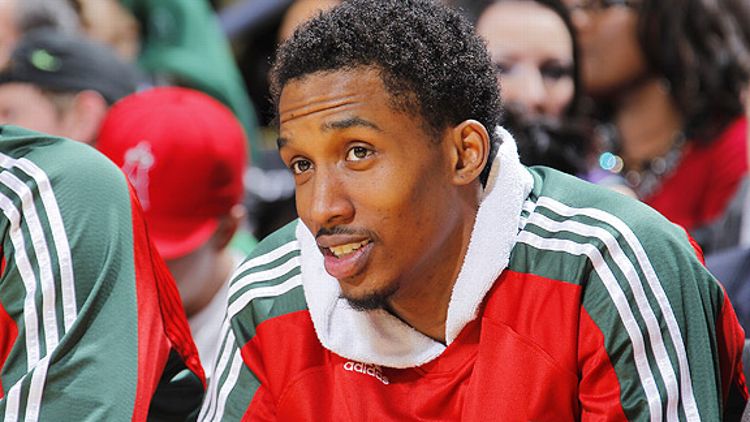 Are you in a pickup game? Well, Brandon Jennings has next.

Jennings, the Milwaukee Bucks point guard, eschewed a return to overseas this summer during the lockout and is instead likely lighting up a gym near you. He is also the “Curator of Cool” for Under Armour and recently spoke to Grantland at an event for the company in New York.

Why wouldn’t you be one of the first players going to play overseas during the lockout? It’s something you’ve done before.
I just don’t feel like I need to do that again. It’s not all about the money sometimes. I love the game and the game never stops. A couple years ago, I wasn’t getting paid for it, so it really don’t matter to me. For me, I just enjoy going to other hoods and playing.

Sports Illustrated just did a nice piece on how you’ve played in a bunch of gyms this summer. Is it impossible for you to see a game and not want to jump in?
Actually, if I see about nine people out there, nine or 11, I might stop by and just go play. I can’t even count how many places I’ve played at during the lockout. Whenever somebody hits me on Twitter, or I hear there’s an open run, I’m going to it.

What have you gotten better at since the season ended?
I think playing on the road. I think going to different hoods and not playing in my comfort zone.

Do you look at scoring 55 points so early in your rookie year as a gift, because it announced your arrival into the league, or a curse, because it created outsize expectations?

Click here for all of our interviews with fascinating people from the worlds of sports and pop culture.
It’s a gift. I don’t remember any rookies ever scoring 55 in three quarters. Actually, I don’t remember one. I felt like everyone felt I should score 50 every game after that, but at the end of the day, it was only my seventh game in my NBA career and I still didn’t know what was going on. I was just playing basketball.

Who do you think are the top five point guards in the league? You can list yourself if you think you’re up there.
I would have to go with Deron Williams first. Derrick Rose, two. Chris Paul, Rajon Rondo, and Steve Nash.

Where do you come in?
I don’t know. I don’t rank myself. I just play. I’ve been over rankings since high school basketball. As long as your team is winning, and as long as you’re helping your team win, can’t nobody say nothing about you.

A lot of talk from the lockout stems from the league wanting to grant every market the ability to compete. Milwaukee is a small-market team. Do you think Milwaukee could compete for a title if the rules stayed pat?
I think once the lockout stops, the fact that we picked up Stephen Jackson, we’ve got Drew Gooden, a healthy Andrew Bogut, myself, Carlos Delfino, I think we’ll be able to make a lot of noise next season. I talk to Jackson all the time. Just the fact [that] his presence is there and his toughness is there, that’s something we were lacking last year. With him coming there, a veteran who won a championship, who has a lot of respect in the league and is good in the locker room, I think it will be great for us.

Is This Piece of Blue Turf Appropriately Priced?