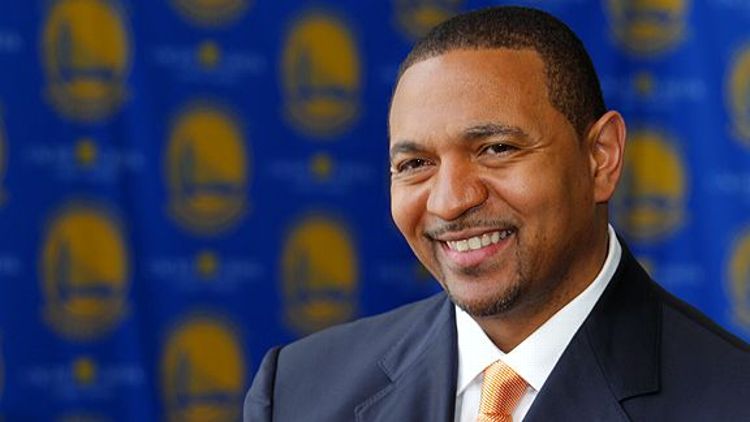 Oh, hey, looks like this NBA lockout thing is going to keep going. Not great, NBA! Not. Great. At least we have Grantland’s Jonathan Abrams, who is filling his down time talking to NBA players about their down time. Abrams mixed it up this time and spoke with Mark Jackson, whose first year of coaching the Golden State Warriors will get going once the lockout is resolved. So … 2016, maybe? Right now he’s focused on his other gig, as a full-time pastor.

A quick reminder: Coaches, executives, owners, etc. can’t discuss current players, or else they face a fine from the league.

Have you been able to devote more time to the ministry because of the lockout?

My wife and I are co-pastors at a church in L.A., so it’s really been a blessing for me, being able to be with my wife and kids and being able to be with my church family. Right now I’m sitting in a hospital. My church was hit with tragedy. A mom is fighting for her life upstairs with burns all over her body, and a 9-year-old kid was killed in the crash. The dad called me and, thankfully, I was 30 seconds away and able to be there. It’s extremely tough, but if there’s a season, I’m not there.

Do you have to put your pastor duties aside once the NBA season starts?

Click here for all of our interviews with fascinating people from the worlds of sports and pop culture.
I never put it aside. It’s a full-time call. My wife is the co-pastor, and I’m a man of tremendous faith. I believe that me being the head coach of the Golden State Warriors is an assignment from God. I look at it from both positions. The Bible says to whom much is given, much is required. So I don’t believe the pressures on me to perform both positions.

Were you able to devote time to being a pastor when you were an analyst for ABC and ESPN?

I’ve done it every Sunday for the last two and a half years, with the exception of Sunday games on ABC and when there would be Sunday playoff games.

What are you going to miss most about being an analyst?

I’ve known Jeff Van Gundy and Mike Breen for over 20 years and developed a great relationship with Doris Burke, Lisa Salters, and the other analysts and play-by-play guys. Great, great people that I truly love. I’m going to miss the relationships before and after games, grabbing a bite, sitting in a room, having fun and talking about everything under the sun and enjoying one another’s company. I love calling games, but when I watch sports anyways, I’m still calling them. I’m talking to myself, whether it’s a basketball game, or baseball, boxing, or football, whatever it is. I’ve done that my entire life. But I think the thing I’ll miss most is seeing people I really enjoy being around a couple times a week.

Have you offered any advice to Shaquille O’Neal on being an analyst?

No. His mom and my mom are best friends. He’s going to be great. He’s a guy who speaks his mind, has a great sense of humor, and is a guy who is an incredible ambassador for the game of basketball. He’s going to do just fine.

What would be your one piece of advice to give O’Neal before he starts?

Are you worried that a player you criticized on television will be extra amped to play against the Warriors?

No. I’m not concerned about that at all. The reason why is because I was never disrespectful or harsh. All I did as an analyst was tell the truth. If I had called some of my games, I would have said that I didn’t play up to par and I made mistakes, and I would have been right. As a player I might have been upset, but as a professional I would have said, “He told the truth and he didn’t murder me.” That’s all I’ve ever done, so I’m not concerned about that.

Did any players ever come up to you after games and argue with what you said on television?

Oh, yeah. There weren’t a lot. In six or seven years, I’ve probably had only one guy really upset at something that I said, and that guy I know very well. I won’t get into his name. He no longer plays. But he has tremendous respect for me. I had tremendous respect for him. He probably went a couple of months not speaking to me before I realized that he wasn’t speaking to me, and that’s no longer the case. At the end of the day, I always speak the truth. I went three years calling games for the New Jersey Nets, and I can’t say the player’s name, but he was the star player of the Nets. You can figure it out without saying it. He’s now with the Mavericks. But I would speak the truth, and he had tough nights. He’s a great player, but if he had a tough night, I had to speak the truth. It was so funny because he would get on the phone after with his mom, and his mom would say, “Yeah. He was right.” I’m not doing it to kill anybody. All I’m doing is speaking the facts, the same way if a coach would make a mistake, I’m going to speak the facts. Just because I’m a coach, I’m not going to all of a sudden think that every coach makes the right move. That’s just not the case. I’m just going to speak the facts, and that was a job that I had to do, and people respected it because I wasn’t talking down and thinking I’m God’s gift to the game and bigger than I was. I was just speaking the facts.

How nerve-racking has the wait been for you? I imagine the Warriors have about 10,000 plays by now.

Now that you mention it, I’m sitting at the hospital and being a full-time pastor and a full-time coach, I’m sitting here with my playbook. I’m actually sitting here and just drew up two plays on a sheet of paper and going over our sets and the calls. I’m really not antsy at all as far as that’s concerned.

Have you talked with Jerry West a lot this summer and fall?

We have been back to the Bay area. We’ve talked a great amount. I have tremendous respect for him. He has a wealth of knowledge. He’s somebody that I plan on having a lot of discussions with. He’s been great.

How long do you think it’ll be before Jeff Van Gundy joins you and gets back into coaching?

I believe he’ll be back coaching. He’s a coach. That’s who he is. He’s not an announcer. He’s an absolute coach. He knows the game, is an incredible mind, has an incredible work ethic, and I think it’s just a matter of time. It’s when he wants to, because whoever hires Jeff Van Gundy is going to get an absolute steal of a coach. He’s as prepared and dedicated as anybody I’ve ever had.