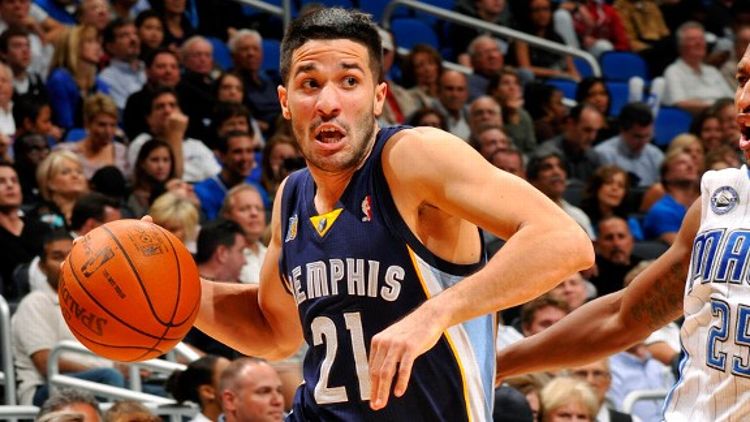 Greivis Vasquez knows all about the importance of a full training camp, which is why he worries about this season’s crop of rookies. Vasquez missed most of camp in his rookie year and was relegated to spot duty much of the regular season. But he shined in the playoffs for the surprising Grizzlies. Grantland’s Jonathan Abrams talked to the Venezuela native about the lockout and the wait for a shot at redemption after Memphis’ narrow second-round playoff loss to the Oklahoma City Thunder.

What have you been up to during the lockout?

I just got done playing with my national team. I was back home for a little while after that, but right now, I’m going back home and thinking about playing there if the NBA doesn’t start for a while.

Do you think the Memphis roster can be kept together?
I hope so. I hope so. We have a good team. We have high expectations. Next season could be huge for all of us. We can make something special happen, like going to the conference finals or maybe going to the finals, but it’s going to take a lot of work.

That locker room seems like it’s made up of a bunch of characters. Who’s the funniest guy on the team?
T.A. for sure. Tony Allen is the guy. He keeps us laughing. He’s a big key for us. O.J. Mayo is funny, Hamed Haddadi is funny. We have a balance. Shane Battier is serious. But we have a team that can joke around and also play the game.

Have you gotten over that seven-game series loss to Oklahoma City in the playoffs’ second round?
No. I haven’t yet. I still think about it. It’s hard for me, especially when you’re a rookie and going through this lockout, you just want to play another game. That overtime game we lost was the toughest loss we had the whole year because that game would have gotten us to the next round. It didn’t happen, so we’ve got to continue to work and we’ll see what happens next season.

How much did not having Rudy Gay hurt?
Rudy is a guy that can create his own offense. He’s a scorer. Zach Randolph was such a big threat, but he needed somebody else to help him offensively. Rudy had that talent to score at any time. Now, we have him healthy and we’re not only thinking about making the playoffs. We’re thinking about going further in the playoffs and going to the NBA finals. And it’s not going to be easy. I’m saying this because I know how good Rudy can be for us. Rudy can be a Paul Pierce type for us.

Is the wait tougher on this year’s rookie class or is to their benefit to have more time to prepare for the NBA because of the lockout?
Tougher. I’ll tell you why. I missed training camp last year because I had an injury. It was so tough for me, because coach didn’t really get a chance to see me. You always want to be out there playing and practicing. Training camp is the best time for rookies, because you actually practice hard. You can do two-a-days. Coach gets a good chance to see you and have a feel about how he can play you and if he’s going to play you or not. This is a tough time for rookies and sophomores.

Reader Rant of the Day: A Lawyer Friend on the Idiocy of the Lockout