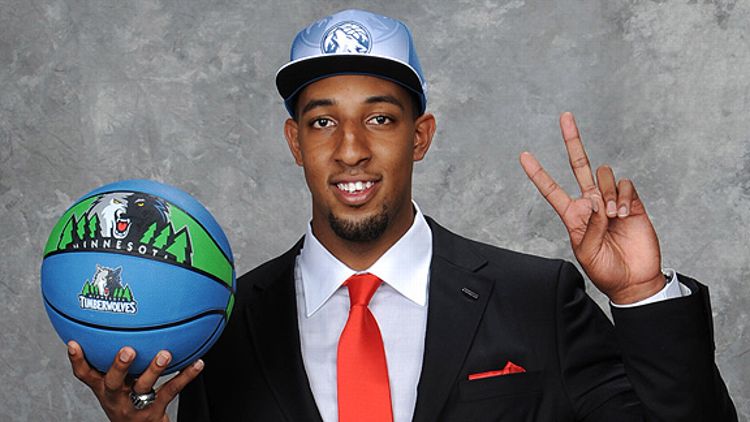 It’s good to have friends — or agents — in high places. That’s what Derrick Williams, the draft’s second overall pick, learned this summer when he received an invite to play alongside Kobe Bryant, Chris Paul, and Derrick Rose at an exhibition in the Philippines. Grantland’s Jonathan Abrams recently talked to Williams about how he’s handling the NBA lockout, his hopes for a downtrodden Minnesota team, and whether he’s prepared for winter weather.

Have you had the chance to make it out to Minnesota yet?
I went right after the draft for like three or four days and worked out with the team, and just got a feel for what a regular workout is like, and the feel of some of the players who I’ll be playing with over there.

How much have you ever dealt with snow? If not, you better get ready.
None at all. I’m an L.A.-area guy where there’s a lot of sunshine, a lot of beaches. Then going to Tucson, Arizona, where it’s 110 degrees in the summer. Now, I’m going to Minnesota where it can be negative at any time or any moment.

What’s the first thing that went through your mind when you heard David Stern call out “Minnesota” and “Derrick Williams” at the draft?

Click here for all of our interviews with fascinating people from the worlds of sports and pop culture.
The first thing that came to mind is that I finally made it. All the hard work, to be drafted no. 2 overall in this draft is a great feeling. Regardless of what draft it was. A lot of people are saying it was a weak draft. At the end of the day, it’s the NBA draft. You can’t take anything away from it, and being drafted to Minnesota is a great spot. We have a great, young team; hopefully with myself and Ricky Rubio and Malcolm Lee, who got drafted in the second round this season, we all can really help and take this team to the next level.

Do you think you should have been the no. 1 pick?
I thought I should’ve. I always have faith in myself. But you know, one or two, there’s not much of a difference right there. I’m happy with no. 2. I feel like Minnesota was a better spot for me anyways. Sometimes going one step lower can be a great thing, it could be a better fit, and I think for me it was.

You’ve already played with a bunch of top players during some of the exhibitions throughout the lockout. Who are you still looking forward to playing against?
Basically all the people I watched growing up. KG is one.

How are you going to react if Kevin Garnett starts talking trash?
I’m going to be right there talking it back. At the end of the day, you can talk on the court and after the game you can shake hands. I feel like I’m really into that. Like LeBron, Carmelo, D-Wade, all those guys I watched growing up. I’m just really looking forward to playing with all those superstars and competing against them.

Being a rookie, is it advantageous to have all this time to prepare or are you at a disadvantage because the lockout is delaying your introduction into an NBA system?
It can be a little bit of both. As the lockout prolongs, it really takes a toll. It gets people frustrated. For myself, you can only shoot by yourself so many times before it starts to get repetitive and you just want to get out there and play somebody. A lot of people are frustrated. At the end of the day, it does benefit me because I’m getting more shots up, I’m getting more confident in my ability to do the things I couldn’t do before and that’s really the whole point.