The Shootaround: NBA News, Notes, and the Jazz (We’ve Got) 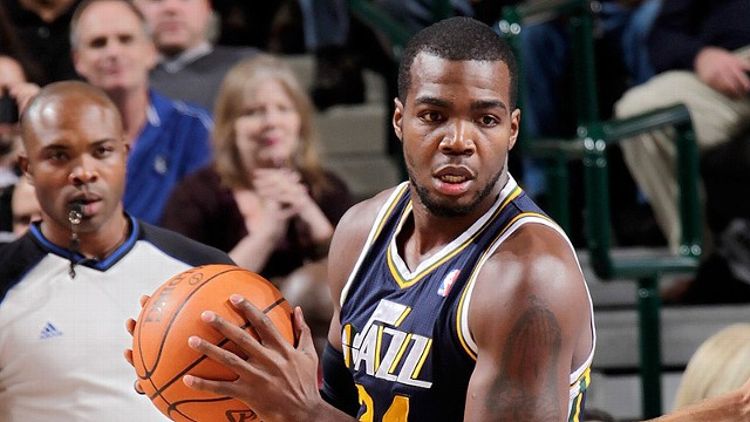 This Weekend’s the Weekend

To Watch the Best Division in Basketball …
As someone who — from the time he learned to talk to when he moved away from home — consistently referred to every single place outside of Philadelphia as “down there,” be it “down” the Jersey Shore, “down” Lima, Peru, or “down” Boston, Massachusetts, I am totally down with the fact that the Northwest Division features only one team in the actual Northwestern part of the United States.

It’s the best division in basketball, the only one in the NBA that four teams with winning records (Oklahoma City, Denver, Utah, Portland) call home. Hell, even its basement dweller, the Timberwolves, is the most entertaining 3-7 team that I can recall. The Thunder are clearly the class of the division (if not the Western Conference), but don’t expect the rest of the Northwest to fade any time soon.

Last season, Deron Williams and Carmelo Anthony, two of the division’s main attractions, were shipped out to the New York-New Jersey area, for a slew of role players, prospects, and picks. It looked like Utah and Denver were following the lead of their division rival Portland: collect assets, assess talent, and wait to possibly package players for a superstar when the opportunity presented itself.

Unbeknownst to the Nuggets, Blazers, and Jazz (or perhaps very beknownst!), there was a lockout coming and the lockout led to a shortened season of back-to-back-to-backs. All of a sudden all those players weren’t just trade assets — they were basketball assets.

Portland has been playing this game for years, going back to the golden Kevin Pritchard days; when in doubt, get more dudes. You can never have enough warm bodies and enough flexibility. That’s how, if your franchise combo guard retires (Brandon Roy) or your no. 1 draft pick can’t stay healthy (Greg Oden), you can acquire players like Jamal Crawford, Raymond Felton, Gerald Wallace, and Kurt Thomas and stay competitive.

In some kind of free-jazz, improv way that we will only understand hundreds of years into the future, it appears this “Get a Lot of Guys” blueprint is the same one T-Wolves GM David Khaaaaaaaaan! seems to be following. Michael Beasley? Anthony Randolph? Darko Milicic? Derrick Williams? Bring ’em all on. We’ll worry about who plays where, and for how long, later.

That worrying is done by one of the better groups of head coaches in any division. Rick Adelman (Wolves), Nate McMillan (Blazers), and Tyrone Corbin (Jazz) have been able to lift their clubs up and out of various states of institutional depression and low fan morale, shuffle a large player deck, and come out of the gates looking fresher and faster than most of their opponents.

Corbin’s Jazz have been one of the more surprising and fun teams to watch in this early season. Some nights, it looks like Utah could be the deepest team in the league, with a collection of seasoned vets (Josh Howard, Earl Watson, Raja Bell), guys hitting their stride (Al Jefferson, Devin Harris, Paul Millsap), and players with potential (Derrick Favors, Gordon Hayward, and rookies Enes Kanter and Alec Burks) all sharing minutes.

It’s hard to say if the Jazz have found some kind of post-Jerry Sloan or post-Deron Williams identity yet, but against the Lakers on Wednesday they had a ton of fight, with Favors and Jefferson terrifyingly (for Pau and Bynum) running the floor, leading to plays like this Favors tomahawk. The only problem was Utah lost in overtime.

The Jazz play the Nuggets on Sunday night, looking to avenge a 17-point loss from earlier in the season. You’ll probably be fried from NFL and getting your seven-layer dip ready for the Golden Globes, but on the off-chance you can pull yourself away from Ricky Gervais insulting people, this could be the game of the weekend.

Quote of the Day: Lamar Odom

If you were wondering if things were getting better for Lamar in Dallas …they really are not! “It’s hard for me to say. I thought my game was equipped to play anywhere and everywhere. I’m not prepared, I guess, to play. I don’t know if there is anything more to say.”

Woof. Have a nice weekend, folks: