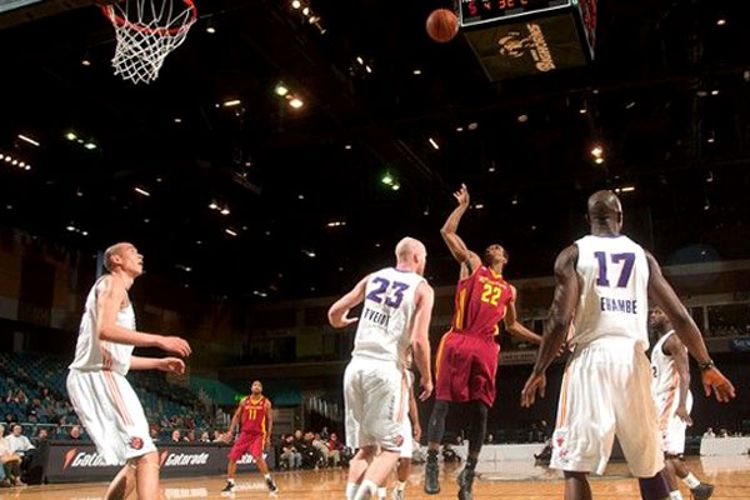 But this year — after spending four days holed up in a small gym in Reno as I watched 12-hour sessions of middling basketball — I started to develop an interesting impression.

The NBA Development League is (slowly but surely) creeping toward its goal of becoming a proper minor league farm system for basketball, even if there’s still plenty of work left to do.

Those franchises reap the benefit of working with an affiliate exclusively, instead of having to share the luxury with two other teams, which can be clunky and counterintuitive. Twenty-one NBA teams currently share the remaining seven D-League franchises, and their involvement, cooperation, and eventual benefit is much less.

Having passionate, deep-pocketed, and experienced league professionals working side by side with D-League coaching staffs is a big help. That was obvious this week in Reno, where scouts, executives, journalists, and fans saw an increase in talent, roster depth, and basketball acumen.

A dozen NBA players were allocated to various D-League teams in the run-up to the showcase. With the exception of Big 12 Player of the Year Marcus Morris, none really dominated the opposition in Reno, indicating that the level of competition these players encountered was pretty sound. NBA teams want their best young talents being challenged on a nightly basis, and this season the D-League has been able to provide that.

Both scoring output and pace is down fairly significantly thus far, and for the first time, we’re seeing an emphasis being placed on the defensive end. If the league wants to stay true to its commitment to development, though, it needs to find a way to give coaching staffs more time to practice with their teams. A grueling travel schedule and packed season remain a major hindrance, and it’s something the league will have to address eventually. It also needs to erase the negative perception surrounding the league among players and eliminate the watered-down feeling of the 48-minute games, which can easily be shortened to 40 minutes.

The most important progress might not be made until the pay scale is increased — salary cap limits of $13,000 (four players per roster), $19,000 (four), and $25,500 (two) won’t convince the best young American players coming out of college to forgo six-figure paychecks in Europe until that’s addressed.

Some of the biggest disincentives NBA teams face in owning a D-League franchise were supposed to be addressed in the latest collective-bargaining agreement that was negotiated this past November. Unfortunately, in the rush to hammer out an agreement before Christmas, the sides simply ran out of time, which put some much-needed changes on hold.

NBA franchises that have invested significant amounts of time and money in their D-League affiliates are not happy that players on their rosters can be poached by any team in the league simply by picking up the phone. They would like to see NBA rosters expanded to give them the ability to add one or two young players via a third round of the NBA draft or free agency on cheaper contracts that they would hold the rights to exclusively and be able to work with on a daily basis in the D-League. The owners and the union are expected to form a joint committee this upcoming offseason to discuss the impact such rule changes might have on the game.

So while there is still a long ways to go before Stern’s vision is a reality, and the quality of play remains a work in progress, we’re seeing small but important steps being made annually. This can only be viewed as a great sign for American basketball, which desperately needs an outlet to handle the thousands of players graduating each year from the college ranks.

The Shootaround: NBA News, Notes, and the Jazz (We've Got)