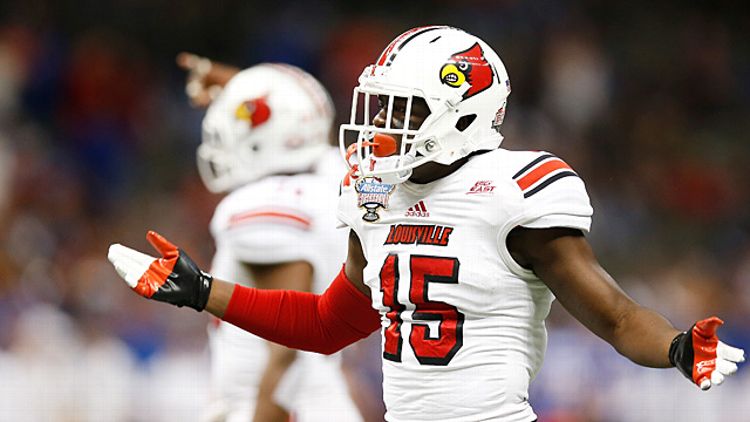 Whether it’s the BCS poll, the Oscar nominations, or the Village Voice’s Pazz & Jop albums list, year-end lists reduce an array of highs, lows, hints, rumors, allegations, and things left unsaid into a simplified fiction that lies to our children and our children’s children by insinuating, “Hey, everything was great!” when the truth is, the narrative was informed almost as much by the disappointment. For every Johnny Manziel there was a Taylor Martinez. Likewise, for every Japandroids album that reminded us of how invigorating shout-along/drink-along punk rock can be when imbued with undeniable melody and drum solos you can pound out on your steering wheel, Green Day made three proving you better get your kicks in before you turn 35.

The Misery Index has honored the teams throughout the year who have served as a reminder of how fleeting glory can be, how expectations can ultimately lead to resentment, how ambition is the first step to failure, while giving a nod to the artists, movies, and musicians who did the same. And now it’s time to honor a season’s body of work; they started 2012 out as Most Likely To Succeed and ended it as Most Likely To Be Forgotten, though the Misery Index hopes to keep their spirit of futility alive for generations to come.

Threat Level: Rihanna, Unapologetic
What We Were Promised: A media-hyped return to dominance.

It was all good just a few months ago. Rihanna releases a new album in the fourth quarter that appears impervious to failure and re-establishes a pop-star ideal in a time of fractious listening habits. USC returns a loaded team of NFL-ready prospects that re-establishes old-school values in the face of newfangled spread offenses that emphasize functional parts. But things felt different this time around after significant difficulties on and off the field, so to speak.

Unapologetic was preceded by the “Rihanna plane” gambit — a number of journalists would join Rihanna on a globe-trotting excursion prior to the album’s release and would be given constant access to a pop superstar, sort of an “Almost Famous in the Amazing Race” sort of hybrid. It’s the first recorded instance of a beautiful woman ever voluntarily spending time with multiple music writers. USC was finally off probation and returned an offense that could potentially challenge the Jaguars. And that was before Silas Redd transferred over from Penn State.

What We Got: A media-fueled bender on fermented schadenfreude.

Music writers are simple folk: Just feed them free booze, decent access, and the illusion that what they’re doing matters and they’ll be satisfied. I can’t imagine sportswriters being much different. But if you jerk them around on the last of those three things, that’s when they get cranky. Besides Unapologetic being the weakest Rihanna record since, well, her last one, Rihanna was no more a participant in the proceedings than Krusty was at Kamp Krusty. Most of it is detailed here; no one even got a trip to Tijuana as an apology.

Meanwhile, 2012 was the rare example of where future draft picks lost money by playing for USC, with the notable exception of Marquise Lee. And they didn’t even make it south of the border for their holiday party, they stopped in El Paso. And I realize that any likening to Chris Brown is dicey territory, but is there any way to write about Lane Kiffin without wondering “what’s it going to take for that guy to get dumped”?

Threat Level: Band of Horses, Mirage Rock
What We Were Promised: A quasi-Southern entity making a new home in Dixie.

On their first two albums, Band of Horses remained geographically vague in a way that worked to their benefit: Rooted in both the Pacific Northwest and the Carolinas, and somewhere between My Morning Jacket and The Shins, they were a rare quasi-indie-country hybrid that represented the finest common ground between frat bros and indie bros since Sparks (the drink, not the band). Missouri’s history is similarly jumbled. Some consider it Midwestern, though I remember learning from Nelly that it shared a lot in common with the South.

Both struck while the proverbial iron was hot: BoH signed to a major label and slowly started heading toward full-on Marshall Tucker Band territory. Mizzou got tired of the Texan oligarchy in the Big 12 and bolted to the SEC, where they’d be a curious fit but could probably ride a couple of wins against the Mississippi schools into instant bowl contention.

What We Got: A complete loss of identity.

Steven Hyden surveyed the wreckage of Mirage Rock, but if you wanted to save time, “Dumpster World” certainly makes a fine case for the worst song of 2012, largely because Band of Horses made a political song named “Dumpster World.”

As far as Mizzou, weren’t they supposed to be the SEC newcomer that electrified the South with a dual-threat QB and a spread offense? They actually hung with Georgia for a half, and two weeks later their James Franklin wasn’t even the most prominent James Franklin in his own conference. So middling I can’t even remember if Gary Pinkel got fired.

Threat Level: Big Boi, Vicious Lies and Dangerous Rumors
What We Were Promised: Consistency in a time of flux.

Most of Virginia Tech’s undergraduate population wasn’t even born last time the Hokies had a losing season. And Frank Beamer’s squad has built its program on turning two-star recruits into five-star performers, a stifling defense, and becoming the first team to make its special teams reputation a quantifiable weapon. It is profoundly boring stuff. So every year, the media ignores the inevitable VT Orange Bowl berth to hype up Florida State/Clemson/Miami/North Carolina as the libertine program that can totally make a title run if this is indeed the year they get their shit together.

Most of our readers weren’t alive the last time Big Boi spit a weak verse, largely because I don’t think it ever happened. And yet he wasn’t even considered the best rapper in his own group, and there were only two people in it, the other being someone responsible for more Gillette commercials than solo songs in the past three years.

What We Got: A possible invasion of the body-snatchers.

I don’t know if it’s the throwback jerseys Virginia Tech wears these days, but their season sure felt like an application to join the Big East. They lost to Pittsburgh and Cincinnati, and Logan Thomas regressed to the point where you wonder if he made some secret pact with Mike Glennon to boost the latter’s draft stock by way of comparative performance. Meanwhile, I’m not sure if Big Boi was seeking to revive the O clothing line into an Urban Outfitters brand, but if not, Vicious Lies & Dangerous Rumors had to be the result of a faulty iTunes Genius mix. Because I’m not sure who put Wavves, Phantogram, Little Dragon in Sir Lucius Leftfoot’s ear, not when he could at least spring for like Chairlift or Bat For Lashes. Granted, I realize you shouldn’t have to shoot pool in the Dungeon with Big Boi to rap with him, but I just wish we could live-blog Khujo’s reaction to hearing General Patton trade bars with human clothes hanger Theophilus London.

Big East: Everyone Except Louisville

Threat Level: Soundgarden, King Animal
What We Were Promised: An argument for resilience in the face of changing times.

This isn’t an example of somebody given the opportunity to rise to the occasion as much as to leap over a bar that’s been set incredibly low. King Animal was basically Soundgarden’s opportunity for a victory lap disguised as a walk-through: Their only objective was to not screw up and be rewarded for surviving the first decade of the ’00s, literally (unlike Alice in Chains or Nirvana) and figuratively (unlike, say, Smashing Pumpkins or Pearl Jam). Had they even matched Down on the Upside, it would’ve made them a phenomenal success as the Last Grunge Band Standing.

On the other side of the equation, it doesn’t matter how they get there: As long as the Big East still has an auto bid to the BCS, South Florida, Rutgers, Temple, or any number of historically anemic programs will happily take the eight-figure payout one last time before the conference implodes, and fronts like sending a 6-6 Tulane team to the Little Caesars Bowl are a worthy reason to keep this charade going.

What We Got: A better argument for closing shop.

Yeah, it turned out all right in the end, but did it interest anyone other than the diehards when it’s clear there isn’t a whole lot of future here? At the very least, I wish we could gather fan reactions to any of the approximately 54,231 Gary Nova and Tito Sunseri interceptions while looping it to “The Day I Tried to Live.”