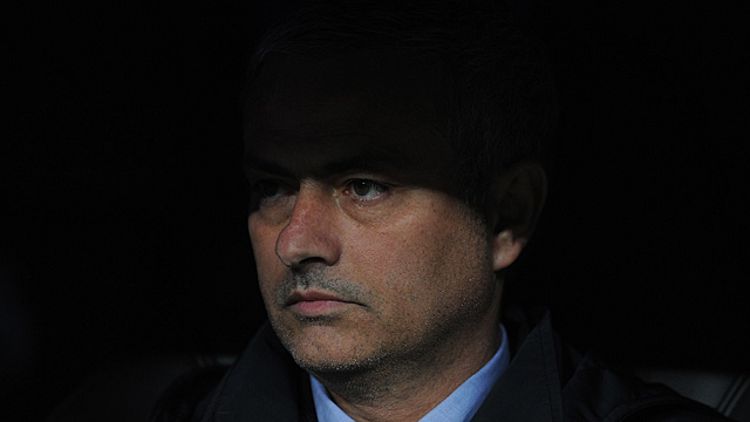 The Premier League season ended on Sunday. On the last day of the 2011-12 season, I needed oxygen, a Sergio Aguero mask, and a vacation. It was all last-second drama, intra-city power shifts, and brave new worlds. This season? Not so much. United had the league wrapped up a couple of weeks ago, Wigan went down the trapdoor to the championship (joining the already relegated QPR and Reading) when it lost to Arsenal last week, and the only real unanswered question going into the final day of league play was which North London club would nab the final Champions League position. That “prize” went to Arsenal, just like it always does.

Honestly, I feel like Watford’s promotion playoff semifinal match against Leicester from mid-May soaked up all the drama in the known universe. So maybe it’s just as well. I don’t know if the tectonic plates could have handled any more scenes.

With Alex Ferguson’s retirement, David Moyes’s exit from Everton and arrival at United, Jose Mourinho’s likely return to Chelsea, Roberto Mancini’s firing at Manchester City, and several clubs on the rise and fall, I’ve found myself more interested in using the end of this season as a lens through which to view the coming one.

Because there’s already so much anticipation for next season, and with all the upheaval in the league, I thought it might be useful to look at the teams that ended this one on the best note and seem best situated going forward. So here’s a look at where the top clubs stand. Call it the future form table. Just don’t call me late for dinner.

Where They Finished: First.

How They Finished: Misty. Ever been to something like, say, an engagement party where someone else, someone who isn’t getting engaged, makes a big announcement? “We’re all here to celebrate Hilda and David, but guess what? We’re pregnant! But really, this is about Hilda and David!” That’s kind of what happened to Manchester United at the end of the season. The fact that the club won its 13th Premier League trophy quickly became below-the-fold news when Ferguson announced his retirement. And while everyone was telling stories about nice bottles of Malbec, horses, and hair dryers, some other major developments fell under the radar, too; namely Wayne Rooney’s transfer request and Paul Scholes’s retirement.

Outlook for Next Season: Meet the new Scot. Everyone wants to know how much he’s like the old Scot. Will Moyes be able to recruit United-level talent? (I’m not talking about Bebe, by the way.) Will he make any bold moves, like letting Rooney walk, or phasing out Nemanja Vidic and Rio Ferdinand for Jonny Evans and Phil Jones? And how quickly will he adapt to managing a club that is expected to win every game, be in the market for the biggest names, and compete in every competition (except for the FA Cup)?

Nice new song, by the way.

Radically Premature Prediction for Next Year: Top four, but I have a bad feeling about it.

Where They Finished: Second.

How They Finished: As bad as you possibly can while still finishing second. Lost a cup final, fired the manager, and just generally took an image hit (not that they were viewed as Templar knights in the first place).

Outlook for Next Season: I’m bullish on them, provided they can do two things in the offseason: (1) hire Manuel Pellegrini, and (2) clear out some of the players who were brought in when the only reason to come to City was for the paycheck (I’m talking specifically about the so-called “Magnificent Seven”). City needs a fresh brand of football, and some new players to play it. If they can do that …

Radically Premature Prediction for Next Year: Second. And it’s going to be close at the top, I think.

Where They Finished: Third.

How They Finished: Won a trophy (Europa League) and steamrolled into automatic Champions League qualification, all while being run by a manager hated by their fans, and not having an on-form striker for most of the season (Demba Ba and Fernando Torres combined for 10 Premier League goals). Not bad.

The Outlook for Next Season: The light at the end of the tunnel is Mourinho on fire. We’re talking about a pissed-off Special One coming back to the club he made into a global superpower, with £100 million to spend and something to prove; his departure from Real Madrid has been acrimonious, he was passed over for the Manchester United job, and he’s coming off his self-proclaimed “worst season.” Betting against him? I also have some oceanfront property in Iowa to sell you.

Where They Finished: Fourth.

How They Finished: Obviously pretty pleased with themselves. An optimist would point out that Arsenal was the hottest team in the league at the end of the season, that they leapfrogged Tottenham to get into the Champions League qualifying spot, and that they did so without their best player, Jack Wilshere, for most of the run-in. A cynic would say finishing fourth isn’t a trophy, no matter what Arsene Wenger says, and that playing well without Wilshere is kind of a problem (read this good piece on that very issue).

Outlook for Next Season: Once more unto the breach? Wenger is in the last year of his contract, he has money to spend, and his long-time adversary, Ferguson, has just retired. Everything he’s done over the last five years has been with the club’s long-term financial security in mind. But don’t you wish he’d just level the fuck up and buy Zlatan? Come on, man. It’s shark week!

Radically Premature Prediction for Next Year: Fourth. At least it’s a trophy.

Where They Finished: Fifth.

How They Finished: Decidedly un-Spurs-like, and still came up short. Winning four out of their last six should have been enough. People were giving Andre Villas-Boas a hard time on Twitter because of his claims that Arsenal was in a downward spiral, as if that somehow motivated the Gunners more than the €30 million in Champions League did. If we’re really splitting hairs though, AVB’s pursuit of the Europa League should probably be called into question. Look at their results in matches played in the days after a match in Europe. Spurs lost crucial games to Liverpool and Fulham in March. I admire the manager for going after present-day European glory, but he might have cost his club a small fortune in future Champions League earnings.

Outlook for Next Season: Can they keep this guy?

More importantly, can they add to a truly barren striker corps? If they can do both, there’s no reason Spurs couldn’t challenge the top three, or even go for the league title. I think Gareth Bale is that good, I think AVB is that good, I think they have a bunch of really nice players. But they need the kind of investment that only seems to come with Champions League money. I foresee a long summer of will-he-or-won’t-he with regards to Bale, and everything else — all other player recruitment — being held up by that process.

Radically Premature Prediction for Next Year: Pains me to say so, because Spurs gave me the most pleasure of any club this season, but sixth.

Where They Finished: Seventh.

How They Finished: Steady!

Won three, drew three. After they went out of the Europa League they looked better, with nice wins over Tottenham and Newcastle.

Outlook for Next Season: Precarious, but hopeful. Sometimes you have a friend who has a breakup or gets fired; something rotten happens. And he’s like, “I’m going to move to the beach, and just get it together.” Sure, man. Do that. Relocate your center. Whatever it takes. And then, pretty soon, he forgets all about relocating his center, and he just looks like Fletch when he was a roller-skating hobo. Liverpool is dangerously close to becoming that guy. It’s been a couple of seasons out of the limelight. This is it. They have maybe one more season of decent Steven Gerrard, they have either Luis Suarez or the money from a Luis Suarez sale (I think they should sell, but that’s for another aria), they have one of the most exciting young players in the Premier League (Coutinho), and a finally settled Daniel Sturridge (six goals in his final five games of the season). A couple of smart buys, and the further development of youngsters like Raheem Sterling (seen getting ethered above) and Andre Wisdom, and Liverpool could be knocking on the door to the top four. But if they keep missing out on Europe’s cash-cow competition, they’re going to be the West Ham of the north. Faded glory. Again, like Arsenal, this feels a little now or never.

Where They Finished: Sixth.

How They Finished: In trouble. There’s no other way to look at it. Moyes worked miracles, season after season, with pocket change. It’s hard to imagine another manager, even one as talented as Roberto Martinez, or, just to troll, Rafa Benitez, keeping the Toffees as competitive as Moyes had.

Outlook for Next Season: Time to regroup. Time to hire a new manager, maybe sell some of their best players high (Leighton Baines, Marouane Fellaini, Seamus Coleman, even), and get deeper. The 2013-14 season will be one of transition, no matter who is standing in the technical area.

The 20 Types of Depressed Sports Fans