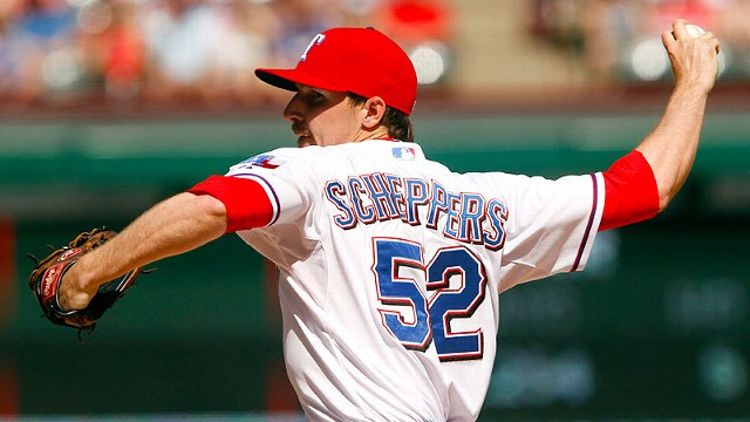 In recent years, Major League Baseball has added another wrinkle to an increasingly convoluted All-Star Game selection process: the Final Vote. After the fan-determined starters and player-and-manager-determined reserves are set, the fans are given a chance to select a final player for each league’s roster from a list of five candidates. (Fortunately, for those of you who hear “Final Five” and would reflexively vote for Sam Anders, the list is provided by MLB.)

By now, you’re well acquainted with the kerfuffle over Dodgers wunderkind Yasiel Puig’s inclusion on the Final Vote ballot. In only a month’s worth of games, Puig has taken the National League by storm, hitting over .400 and inspiring the kind of effusive, sparkling plaudits that were lavished on Bryce Harper and Jeff Francoeur before him while generating a not inconsiderable amount of criticism, for reasons that aren’t entirely clear to me. The question of whether Puig deserved to be on the All-Star team — in spite of hitting that rare trifecta of being one of the best, most exciting, and most talked-about players in the game — hit a fever pitch last week when Phillies reliever Jonathan Papelbon, himself a five-time All-Star, said that Puig should, essentially, wait his turn. Going into Sunday’s games, Papelbon had faced 129 batters this season, while Puig had batted 131 times. One might say that their impacts on the game have been roughly equal this season.

It’s kind of a stupid controversy, partially because all All-Star voting controversies are kind of stupid, and partially because it pits people who enjoy exciting baseball players against crotchety old folks who hate fun. Puig will get in because the All-Star Game is for kids and for casual fans who don’t have MLB.tv and might be eager to see an exciting rookie who plays on the West Coast, particularly when the alternatives include Freddie Freeman, who has never excited anyone ever.

You’d think this would be the most eye-rolling thing about the Final Vote, but it’s not, because over in the American League, all five options are relief pitchers.

Nobody wants to see relievers. Relievers impact the game less than any other role in baseball. Almost to a man, relief pitchers are what they are because they couldn’t hack it as starters. If you were to make a list of the 15 best pitchers in either league at any given moment, odds are that at least 13 or 14 would be starters.

Starting pitchers, in general, have better command and control and throw more and better breaking pitches. Some relief pitchers throw harder, but only because they can spend 20 pitches with the gas pedal through the floor instead of having to pace themselves for 100 throws. Moreover, there isn’t a consensus about what type of players should be represented in the Midsummer Classic, but most people’s opinions fall into one of two buckets: They either want the best players or the most popular players.

No disrespect meant to Tanner Scheppers, for instance, but I can’t envision an argument for his being either better or more popular than, say, James Shields or Hiroki Kuroda. Is the fact that most of the people who watch Steve Delabar pitch (if he makes it) next week will be hearing his name for the first time the product of bad marketing, or is it that an individual middle reliever has the impact and lifespan of a fruit fly? Even the so-called superstar closers are often prime-time arguments for everyone’s favorite Latin phrase being sic transit gloria, even if you’ve never seen Rushmore or owned a Brand New album. Remember when, two years ago, it looked like Brian Wilson and his idiotic beard were going to rule the world? He has likely thrown his last major league pitch. What has become of Brad Lidge, Heath Bell, Ryan Madson, Neftali Feliz, Ryan Franklin, Andrew Bailey, and Jose Valverde, all of whom had more major league success and more marketing gravitas than the American League’s final ballot?

The five relievers on the ballot and the six (SIX!) on the American League’s main roster are all good pitchers, but their impact is minimal, their success transitory, and their popularity limited. If we’re going to have 15 (and that’s not an exaggeration — after the Final Vote, the American League will literally be carrying 15) pitchers on this roster, it might be a good idea to make them the 15 best or most famous pitchers in the game, rather than turning baseball’s premier one-night marketing event into a fantasy league where the only category is holds.