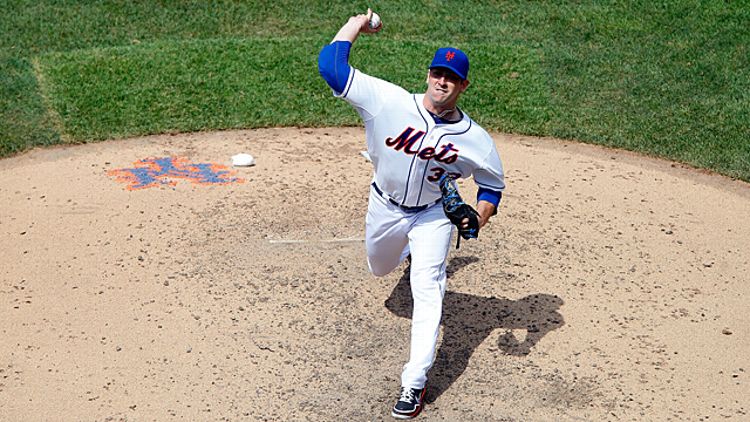 To approach this with sober objectivity: We might be dealing with the best weekend of baseball so far this season. There are no less than four incredible series matchups, a wonderful, tragic pitchers’ duel, and a special bonus slotting in at no. 10 …

Occasionally we reserve a spot on this list for things that are not Major League Baseball, and this is one of those times. We’re almost on to the Final Four, and the International and American championships will be held on Saturday at 12:30 and 3:30 p.m., respectively. More importantly, we’re just one win away from my dream championship between Japan and Chula Vista, California. Meanwhile, Team Mexico tries to erase decades of disappointment (just like the World Cup team!), and either Newport, Connecticut, or Spike Friedman’s favorite team, Sammamish, Washington, will try to stun the Californians. To read more about all of these things, and to see some videos and jokes, check out my magnum opus on why the LLWS is my top guilty pleasure in sports. (Outside of sports, my favorite guilty pleasure is stealing mail.)

9. The Sleeping Giant Awakes! All Hail the Yankees!

If you’re not a Yankee fan or you hate cold doses of truth, you may to want to skip this one. But ever since Ryan Dempster, the Idiotic Vigilante, beaned A-Rod for no good reason, the Yankees are tearing through Major League Baseball. Yesterday’s comeback against the Blue Jays made five straight wins, and suddenly the team’s run differential is back in green numbers (+2, hurrah!) and a wild-card berth isn’t such a fanciful idea. Also, as Jonah Keri pointed out, the rest of the Yankee schedule vacillates between cream puffs (Astros, White Sox, Giants, Blue Jays) and AL East contenders. So when they’re not controlling their own destiny against divisional opponents, they should be racking up wins against the dregs of everywhere else. It’s ideal, and when this all plays out and the greatest team on God’s green earth wins World Series no. 28, we’ll all look back at the Dempster Moment as the turning point. In 40 years, “Win One for A-Rod!” will be a rallying cry on baseball diamonds everywhere, and footage of this epic home run will be included in every baseball montage from now until the sun treats our planet to its final flames:

The Cubs slugger is 10-30 with four home runs in his last seven games, and while these are legitimately good numbers, I mostly just wanted to use a chance to shoehorn the Cubs-Padres series into this list. Because, man, what a stinker.

First place in the NL Central, the best team ERA in baseball, and a 97.7 percent chance to make the playoffs. Also, the wealth gap is so severe in the NL that only the Diamondbacks, who are 10 games behind the Pirates and barely over .500, have even a faint hope of denying them at least a wild card. Hmmm. It’s almost like we should ignore a historical trend because it has no relevancy to current circumstances. On the other hand, the Pittsburgh Post-Gazette just ran a story guaranteeing that there would be no collapse. For me, that’s all it takes. I’m keeping the tinfoil helmet and building an underground shelter, because the Pirates have no hope and the government is watching me.

The Royals resurgence was bound to sputter out, but with five losses in a row to the Tigers (fair enough) and the White Sox (ugh), it happened a lot faster than most of us thought. That’s the tricky thing when a team makes a late run after spending the first half of the season below .500; unless you’re the 2007 Colorado Rockies and can put together 21 wins in 22 games, or you play in a very weak division, there is almost no margin for error. The Royals are unfortunate in that Detroit has a firm grip on the division, and the competition for the wild-card spots is fierce in the AL East and West. There are five teams to overtake to realize the playoff dream, and some of them, like the Yankees, are on their own hot streak. Maybe the Royals can muster a Dodgers-like run over the last 36 games, but it feels an awful lot like those five losses just prolonged MLB’s longest postseason drought.

If the season ended today, the Athletics (worst nickname in sports) would take the last wild-card spot from the Orioles, who are three games behind. It doesn’t help that the Orioles have lost six of nine, and that they have the Yankees nipping at their heels just a half game back. I don’t think it’s hyperbole to say that they need to win two of three in this series to recapture momentum. Otherwise, the only interest they’ll command the rest of the season comes in the form of Chris Davis, who is desperately holding off Miggy Cabrera for the home run title; it’s 46-40 at the moment, and a second straight Triple Crown for Cabrera is at stake.

The fact that this series is no. 4 is an indication of how insanely fun this weekend will be. I mean, this is the best team in baseball (Braves) versus a team just three games behind them! If I had to make a guess, I would say that the Dodgers will overtake the Braves for the top seed in the NL playoffs and the Cardinals will wind up winning the NL Central, which means that the Braves and Cardinals would meet in the NLDS. As I mentioned before, the five NL teams who will actually make the postseason are practically set in stone, and all that’s left to determine is where they’ll shake out. Series like this one, then, are essentially dress rehearsals for the postseason, but instead of it reducing the tension involved, I have a feeling it will ratchet it up to new levels. Personally, I’m most excited to see Wainwright pitch for the Cardinals tonight: the ace of the staff, throwing at home, in a near-playoff atmosphere.

I know, I know, you’re sick of hearing about the Yankees. But this series is where the test begins, and it starts tonight against Chris Archer, who threw a complete-game, two-hit shutout the last time he faced the Yankees. Then it’s Sabathia-Price on Saturday, in a duel of two guys who need to find their old forms (or, in Sabathia’s case, even a shadow of his old form) to give their teams that final postseason push, and a fun clash of the young guns (Alex Cobb vs. Ivan Nova) on Sunday. It’s a terrific series from every angle, and with the Yanks in a Royals-like situation, with precious little room for error, this is perilous terrain for the visitors. Plus, I can only imagine the tens, even hundreds of fans who will swarm Tropicana Field to lustily cheer on their beloved Rays.

Trivia: Have these teams ever met in the postseason? Answer: Yes, one time, in 1916, when the Red Sox took the World Series in five games from the Brooklyn Robins (who later became the Dodgers). Babe Ruth pitched 13 scoreless innings in Game 2 in a 2-1 Boston win. That’s a pretty scant postseason history for two of the game’s legendary franchises, and since then, the teams have only met nine times. Amazingly, the Red Sox have never won a game in Dodger Stadium. All of these facts contribute to why I think this series is so great. My only regret is that we won’t get to see Clayton Kershaw face the best run-scoring lineup in baseball. Otherwise, this is a solid gem.

In all the time I’ve been writing the MLB Weekend Top 10 (37 years this September), I don’t believe I’ve ever seen a better duel. Do I even need to sing their praises? If the season ended now, they’d both deserve to finish second in Cy Young voting. I say “deserve” because Scherzer would undeservedly win the AL Cy Young, and Harvey would undeservedly fall outside the top two in the NL. But forget all the technical nonsense — these are two of the best strikeout artists in the game, and the fact that the schedules lined up so they’ll face each other in an Interleague game is just fantastic.

Now, the tragedy. Since this is a Fox Saturday game, you will probably not get to watch it. You can check the coverage map here — unless you live near the New York or Detroit metropolitan areas (or near Kansas City, for some reason), you will be seeing Boston-L.A. or Oakland-Baltimore in the 4 p.m. time slot. I’ve written extensively about the baseball blackout absurdities surrounding the game, but at least those are byzantine business entanglements in which MLB is only one culprit. But this? THIS IS MADNESS! This is MLB and Fox killing themselves. Why wouldn’t you make this game available nationally? I mean, at least put it on one of the 18 Fox Sports channels, right?

I don’t know what the satellite situation is — if you go to a bar with DirecTV, will they be able to pick up a New York Fox affiliate? — but as of now, there is no way to watch this game on any MLB package. I’m not one for predicting the future, but I definitely have visions of myself screaming at a crappy Internet feed at around 4 p.m. tomorrow. This is easily the worst pitchers’ duel tease of all time. Thanks again, MLB, for mismanaging an excellent product.

Other than that, though, should be a great weekend! Have fun! [Sobs.]