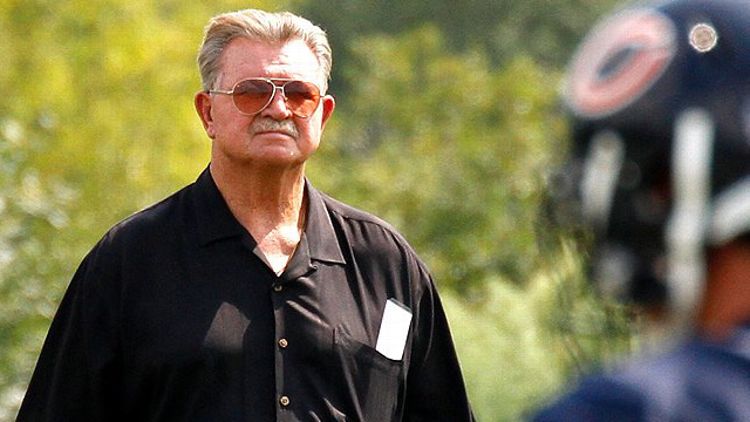 The Internet is a big place, and it’s important to stay current on all the ridiculous things that happen out there. Every Friday, we’ll catch you up on what you might have missed. This week, we begin in Chicago.

If you spend way too much time on the Internet, eventually you come to a crossroads with comments sections. You can read the comments and conclude that society is doomed and America deserves whatever cursed fate is coming, and that’s all perfectly fair. That’s one option. On the other hand … You can decide that nothing on the Internet is real — partly true — and look at comments like a sport, where every new story is a competition to see who can come up with the hottest, most insufferable takes. Bonus points for praising a bygone era, lamenting the current state of affairs, lashing out at the federal government, or calling any athlete a baby.

I swear, this makes everything on the Internet so much better. Once you start actively celebrating this stuff, Internet commenters aren’t upsetting at all. They are AMAZING.

And Facebook is the wellspring for this phenomenon. Facebook is a fountain of wisdom and truth that never runs dry. Example: Mike Ditka visited Bears training camp this week, and the Bears posted the above photo on Facebook.

• “I’m willing to bet he threw down a clipboard, sweared nonstop, turned Jay Cutler into Joe Montana and still managed to keep his gum in his mouth…Daaaa Coach!!!!!”

• “Invite, shminvite. Seems he should have a free pass to come and go whenever the fuq he wants! Trestman shoulda had to seek his approval before stepping foot in Lake Forest!”

• “I say, put a helmet on him and make him the starting quarterback. Bound to be better than Cutler!!”

• “Just so everyone remembers, PaPa Bear Hired Ditka on a handshake, not a contract .. That was unheard of even back in the early 80″s. So what’s that say about today’s football .. Today it’s all about the all mighty dollar and how much can I get.. Ditka.. One of the last “real ” football legends and heros .. It’s not about the money, It’s about winning.. You will always be “Da” Coach in my book.”

• “Nothing better than seeing Coach Ditka at Bears camp. Maybe he will burn some fire into these young guys and let them know what being a Bear is all about.”

Reading Facebook comments section on any sports story is like mainlining all the craziest callers from a four-hour block of radio. The takes are scorching. The truth is almost too much to handle.

Today it’s all about the mighty dollar, you know?

When it was all about a handshake.

We stumbled across all this thanks to Facebook Bears, a Twitter account dedicated to collecting all the best comments from the Bears Facebook page. They are doing the Lord’s work. And hey, in case you forgot, people in Chicago LOVE Mike Ditka.

(re: Ditka at practice) I'm very glad that the dark clouds are floating away from our football team. Maybe we can start to shine again

I'm mad at Ditka..because if he had run in the Senate race against Obama he would have won. (1/2)

Then Obama would not have been in line for president, and our country wouldn't SUCK like it does now ! (2/2)

If you disagree, then you are NOT a Bears fan. Thank you, Mark Zuckerberg. We live in marvelous times. As for the rest of the Internet this week? Let’s start with the NHL.

The Hockey Offseason Is Getting Weird (Again)

Dear J.R. Smith, Andrew Ference sees your $450,000 armored truck and he raises you a goddamned TANK. It’s been a banner week for athletes and military death machines. Kobe needs to buy a stealth bomber this weekend.

Betsy Ross Is Going to Eat Your Brains

From NHL.com: “For his mask this season, Philadelphia Flyers goalie Steve Mason will have a historical-themed zombie invasion of Philadelphia set during the time of the Declaration of Independence. The mask is being painted by Franny Drummond, who runs PaintZoo and will feature the Betsy Ross, Benjamin Franklin and George Washington, as well as other historical figures — all in zombie form … One side of the mask will feature a zombie form of Ross, the famed Revolutionary War-era seamstress, sewing an American flag while backlit by a lone candle and what Drummond called ‘an eerie fireplace’ that leaves her with an orange glow … The other side will have zombie versions of Washington and Franklin, along with other zombies around the Liberty Bell and Independence Hall. Across the top will be a Flyers logo tweaked to go with the zombie motif.”

Meanwhile, the Russian national team is on top of a mountain somewhere modeling their new Olympic gear. Here’s Alex Ovechkin, but Evgeni Malkin is even better.

Roy Hibbert Will Split the Earth in Half

That’s a photo of Roy Hibbert after a boxing training session this week. That’s Tim Duncan and Ian Mahinmi he’s towering over, which leads us to a few important thoughts:

2. OK, OK, fine, the height could be an optical illusion. Something with the angle. Maybe Roy Hibbert isn’t actually 8 feet tall. BUT LOOK AT HIS ARMS.

3. [Scribbles into offseason notebook.] Roy Hibbert is mutating into the Incredible Hulk.

When you buy into being a Gator.. You become one #ComePlayWRForTheJoker pic.twitter.com/30wFL9GEfu

But Urban Meyer Is Impossible to Turn Down

Kobe and Vanessa and the American Dream

As the L.A. Times reports: “Set on a half-acre and built in 1997, the Mediterranean-style home is set behind gates at the end of a cul-de-sac. ‘All remodeling was done by the current owners,’ states the listing. There is an 850-square-foot gym, a hair salon, a paneled office/library with a shark tank, a theater, four bedrooms and seven bathrooms in the two-story house. The grounds include a swimming pool and spa, lawn, a fire pit and an outdoor kitchen.”

Don’t know which is better: that Vanessa demanded a full hair salon in her house, or that Kobe demanded a shark tank, and probably spent the bulk of his surgery rehab alone in his office staring at sharks.

Either way, they bought the house for $1.7 million in 1997 and will sell it this year for $8.599 million. Even after you subtract money for the shark tank and hair salon, that’s a tidy little profit. Money that can go toward the stealth bomber.

Good morning everyone! On my way to swimming pool and right after it to the weight room. Let's have a great day!

RT @GFCoyle: Jadakiss' last words before he left the stage tonight were, "I love Bob Huggins."

Good example of something you’d never hear about if not for the Internet, but I’m glad we did. When you think about it, this makes perfect sense. Two legends in the streets, perpetually disrespected by the mainstream, lovers of track suits, and both eminently huggable. Real recognize real, and Bob Huggins looks awfully familiar.

I haven’t seen any of Fox Sports 1 yet, but if they put Randy Moss and Gary Payton on television every single day, they can’t possibly fail. Straight skins, homey.

This video is like a time warp to when hip-hop was still controversial, cornrows were a point of legitimate contention, and Chris Rock was still the funniest comedian on earth. It was a different time.

Chris Rock: “Do you have any white friends?”

It was a BETTER TIME. Iverson retired this week, and as I got all emotional and nostalgic and mocked Tyronn Lue’s whole life all over again, I realized this was at least the third or fourth time we’ve all celebrated and/or mourned Iverson in the past few years. We won’t go back down that road here, but still. If you want to spend the rest of the day watching Allen Iverson videos, this YouTube channel that Danny Chau shared yesterday is a pretty great place to bookmark. Whether you want to check out the Iverson SportsCentury episode or “NBA Greatest Duels: Allen Iverson vs. Nick Van Exel (2005).” It’s all a pretty fantastic way to waste a Friday afternoon. Anyway, with that, we’re done.

Have a great a weekend, and remember to go out there and make Coach proud.

Maybe it is just me, but having Ditka on the sideline of my practice would have me going all out like it was the Superbowl!