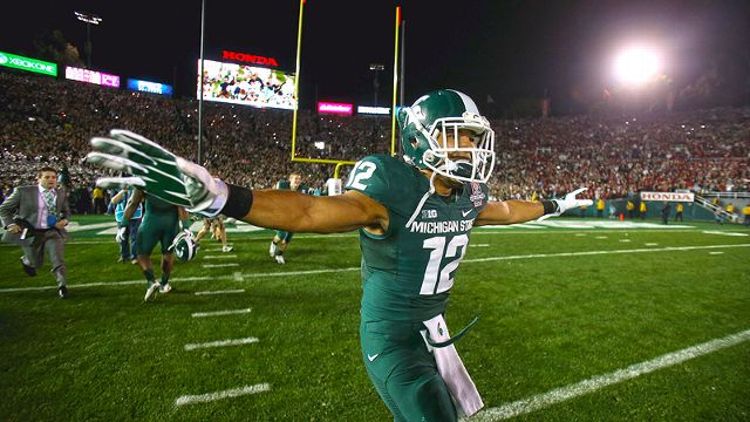 Question: How do you top a college football coach leading a locker room–wide rendition of Rich Homie Quan’s “Type of Way” to celebrate a regular-season win over his team’s biggest rival?

Answer: By using said locker room celebration as a springboard to winning the conference, inviting Rich Homie Quan to be on your sideline in January, and winning the school’s first Rose Bowl in 27 years.

THE CHAMPS ARE HERE. 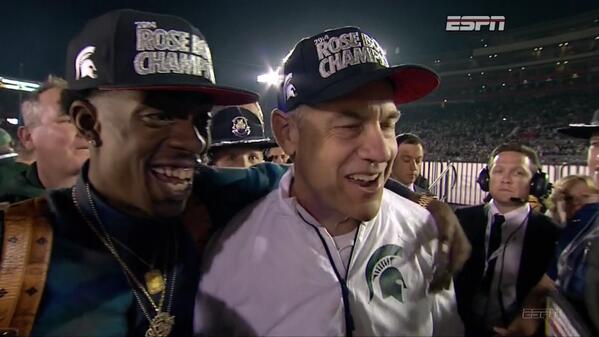 The 100th Rose Bowl was a great game and easily the highlight of New Year’s Day in sports, but let’s be honest. The memories from that game will fade.

It’s the celebration with Rich Homie Quan that’ll last forever. It made my morning approximately 400 percent better, so in the interest of spreading the joy, let’s go through some highlights.

The party begins with an emotional hug between the 57-year-old college football coach and a 24-year-old rapper from Atlanta who will never stop going in.

Then we break into song and a dance circle is formed.

At 1:45, QB Connor Cook jumps to the center. His dance moves are maybe a 6 out of 10, but WGA (White Guy Adjusted), he’s pretty much off the charts. Swag it out, Connor.

Then this little kid in the bottom right corner wants to jump into the mix.

Swag it out, little kid.

Then it’s time for the school president, Lou Anna K. Simon, to jump into the mix. SWAG IT OUT, LOU ANNA.

Seriously, hearing that lady sing along at 3:40 is the greatest part of the entire video.

Anytime someone asks you why you still watch college sports, just go ahead and point to Rich Homie Quan and the Michigan State locker room.

Next year, Coach Dantonio and Connor Cook will come back, the Spartan defense will dominate all over again, and they will win the national championship, leading to Lou Anna handing Rich Homie Quan an honorary PhD in the locker room.

Until then, we have this video. 2014 is already great.