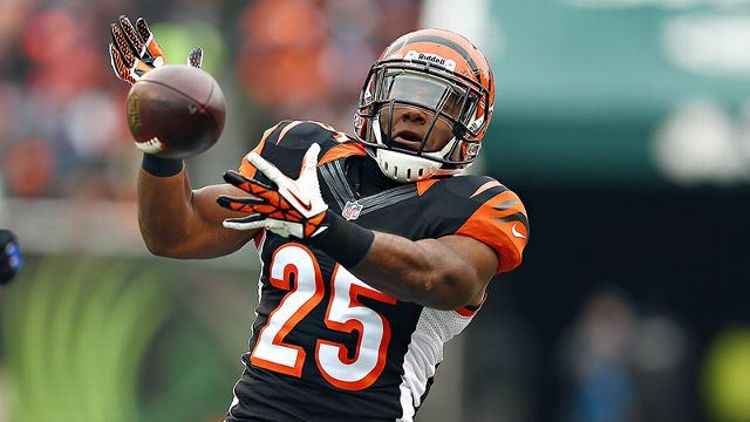 Since moving to Baltimore, the Ravens’ identity has been mostly tied up in one thing: defense. It was how they won their first Super Bowl, it’s the side of the ball where their stars played, and when we look back on the first two decades of Ravens football, it’s what we’ll all remember. But last year, when Baltimore won its second Super Bowl, it was all about offense. The Ravens finished the last regular season ranked 19th in defensive DVOA, but Joe Flacco’s 11-touchdown, interception-less run through the playoffs was enough to earn him $120 million and earn Baltimore another Lombardi Trophy.

Title runs are often the product of a surprise unit putting together a great stretch that complements whatever identity a team already has. The 2006 Colts may have had Peyton Manning, but without the emergence of a surprisingly good run defense, he still might be looking for his first title. As the first weekend of the playoffs gets closer, we wanted to look at a few of the key units from the eight teams playing on wild-card weekend and see how they’re trending as the postseason begins.

Bengals receiving threats: Back in August, it would have been hard to imagine that by season’s end, the Bengals would have the best group of offensive weapons in the AFC outside of Denver. But here we are. We all know about A.J. Green, who just quietly had another 1,400-yard, 11-touchdown year, but Andy Dalton has plenty of other options.

Marvin Jones broke out with that massive four-touchdown game against the Jets and finished the year with 51 catches for 700 yards in just his second season. At only 23, Jones is still very inconsistent, but his big play ability makes him a very nice complement to Green. Mohamed Sanu finished the year with 47 catches, but the no. 3 receiver that might mean the most for Cincinnati in these playoffs is Andrew Hawkins. Hard Knocks watchers will remember that the third-year slot receiver went down with a knee injury in the preseason, and the Bengals have brought him along slowly. His workload has slowly ramped up in the past couple of weeks, though, and his three-catch, 74-yard game last weekend was his best of the season.

To go along with the receiving corps, Cincinnati also has one of the most dynamic backfield receiving threats in the league right now. Giovani Bernard is fifth in receiving DVOA among running backs and is averaging more than nine yards per reception. When he touches the ball, good things seem to happen for the Bengals, and that’s why I expect him to have it a lot this weekend.

Saints pass rush: We’ve all seen the staggering difference in the Saints’ offensive numbers at home and away from the Superdome. If New Orleans is going to have a chance on the road — against the Eagles and beyond — it will be because their defense can keep them in games like the one in Carolina two weeks ago. Rob Ryan has used several creative tactics to turn one of the worst defenses in NFL history into a top-10 unit this season, including consistently using three safeties at once. But the play New Orleans has gotten from its guys up front has driven that defense’s success.

Cameron Jordan is the group’s star, and his 10.5 sacks and breakout season were enough to send him to the Pro Bowl. But Junior Galette has also taken to New Orleans’s new 3-4 defense, racking up 12 sacks in his first year as a pass-rushing outside linebacker. Last year, the Saints finished 28th in adjusted sack rate. This year, they’re fourth, and in the final quarter of the season, New Orleans had at least five quarterback hits in three of its four games. The Eagles’ offense has been excellent, but if there is a weak point, it’s in pass protection. Philadelphia had the second-worst adjusted sack rate in the league, and one way the Saints can keep it close on Sunday is by consistently getting to Nick Foles.

Eagles run blocking: Philly’s high sack totals on offense have more to do with scheme and Nick Foles’s cement shoes than anything. After fielding one of the worst offensive lines in football a year ago (mostly due to injury), this year’s group is one of the league’s best, especially on the left side. The trio of center Jason Kelce, left guard Evan Mathis, and left tackle Jason Peters has been dominant in the past few weeks, helping LeSean McCoy polish off the rushing title. In the second half of the season, the Eagles ran for at least 124 yards in every game except their Week 15 loss to the Vikings, during which Nick Foles attempted 48 passes, to pull the Eagles back from a 27-9 deficit.

McCoy has been individually brilliant in most of those games, but the line has done plenty to help him out. Against the Cowboys and Giants — Foles’s second and third starts — McCoy ran for just 93 yards on 33 carries, and there was some worry that without the threat of Michael Vick as a runner, Shady’s effectiveness might dip. I’d say that’s no longer a problem. The group the Eagles have up front is more than able to create creases on more traditional running plays.

49ers run defense: It turns out that Patrick Willis, NaVorro Bowman, & Co. can be really hard to run against. The 49ers have yet to allow a 100-yard rusher this year, but for the past month their run defense has gotten particularly stingy. San Francisco gave up fewer than 100 rushing yards in each of their final four games, holding Marshawn Lynch to 72 yards on 20 carries and giving up just 2.45 yards per carry to Bobby Rainey.

Overall, the Niners’ defense hasn’t been the dominant unit it was a year ago (13th in DVOA compared to third last season), but by weighted DVOA, which accounts for recent performance, they’re still just outside the top 10. There are still inconsistencies for San Francisco at cornerback, but if they can be excellent against the run and their passing game finds its legs with everyone back, they’re still a team no one wants to play.

Colts pass rush: Robert Mathis is the likely Defensive Player of the Year, but for most of this season, he represented the entirety of the Colts’ pass rush. Part of the reason for the Colts’ strong finish on defense is that they’re now getting more consistent pressure, and it’s coming from everywhere. Shutting down the Texans and Jaguars isn’t all that impressive, but Indianapolis held Kansas City — at the time, the league’s hottest offense — to seven points in Arrowhead, in part because they managed to get to Alex Smith five times. Mathis added another sack in that game, but Indy also got one from an inside linebacker, two defensive tackles, and another outside linebacker. In all, the Colts have 12 sacks and 22 hits in their past three games, and those have come from every level of their defense. Chuck Pagano and his staff seem to know that if they aren’t getting traditional pressure, they’ll need to manufacture some.

Chargers cornerbacks: San Diego’s pass defense hasn’t been that much worse at the end of the year. The Chargers are 31st in pass-defense DVOA on the year, and that’s with Eric Weddle on the back end. First-year general manager Tom Telesco made plenty of good moves this offseason, but choosing to rely on Dolphins castoff Richard Marshall, Shareece Wright, and Derek Cox at cornerback wasn’t one of them. After Wright put together his best game of the season in San Diego’s win over the Broncos, he followed it up with one of his worst against Chase Daniel and the Chiefs’ second-string offense.

The Chargers’ offensive turnaround this year has been remarkable, but the combination of injuries and ineffectiveness on defense is what has held them back all season. It hasn’t gotten much better on that side of the ball as the year has gone on, and their inability to slow down the passing game is going to be a problem.

Chiefs pass rush: For the first half of the season, the Chiefs rode their defense to an 8-0 record, and most of that success was built on terrorizing quarterbacks. Tamba Hali and Justin Houston were the best pass-rush duo in football, and through six games, Kansas City had a league-leading 31 sacks. They’ve had 16 in the 10 games since.

Some of this is a result of injury. Houston hasn’t played since before Thanksgiving, and Hali is dealing with injury problems of his own. There’s also a lot more tape of what Bob Sutton is trying to do with the Chiefs defense. Whatever the reason, the lack of pressure has led to the rest of the defense struggling. Kansas City has allowed at least 27 points in every game but one since its 9-0 start — a stretch over which Hali has gone without a sack in all but one game.

Packers run defense: At times, during Green Bay’s playoff-clinching win last week, it was difficult to tell which team was the one with the historically bad run defense. Matt Forte gashed the Packers for 110 yards on 22 carries, and it was one of the only games all season in which the Bears seemed content to run it straight at an opposing defense all game. The week before, Le’Veon Bell did pretty much the same thing in Lambeau Field, running for 124 yards on 26 carries as the Steelers hung 38 points on Green Bay.

It has been a theme in the second half of the season for the Packers. They’ve allowed at least 200 yards rushing in three of their past eight games, and DeMarco Murray was well on his way with 134 yards on just 18 carries. Green Bay has to be disappointed with a defensive line that was supposed to be a strength of this team coming into the season. B.J. Raji has not played well in the last year of his rookie deal, first-rounder Datone Jones hasn’t done much, and Ryan Pickett appears to be on the downside of his career. Getting Aaron Rodgers back solves a lot of woes for this team, but if they can’t stop anybody, it might not matter.