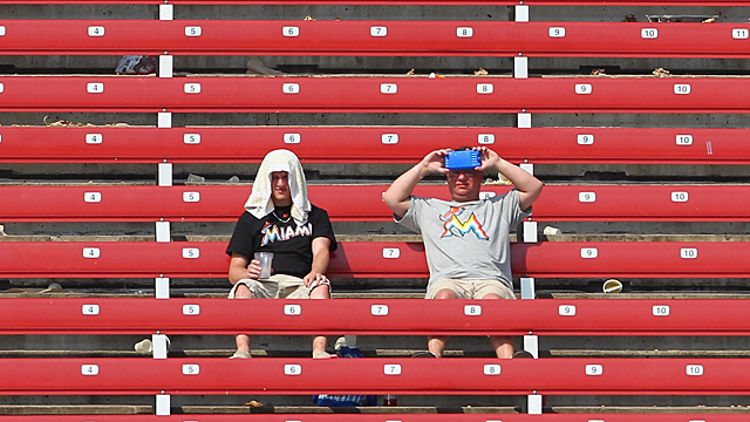 I was just wondering the other day how Miami Marlins fans were taking the Great American Baseball Fire-Sale of 2012. Maybe they were all like, “It’s cool. You have to game the system any way you can. We paid our tax money so that we could have a nice place to sit in the sun during the mild, Miami summer. Having a competitive baseball team never really entered the equation. We’re just there to work on our tans and think about the wonderful Dubstep we’ll hear that night in South Beach watering holes.”

For example, in a post about the somewhat sparsely attended SBS Toy Distribution that took place at the very expensive (to Miami residents) Marlins Park, which boasted about toys being given out to the community, and a free concert, Marlins fans had this to say:

In a post about acquisition of young prospects Alfredo Silverio and Braulio Lara, the Marlins fans unloaded, thusly:

Not even a good cause like supporting cancer research can take the venom out of the Marlins fans’ bite (not that it necessarily should, mind you). In a post about Marlins memorabilia being auctioned to benefit Stand Up 2 Cancer, Marlins fans were not moved:

How do you feel now, Jeffrey Loria? You’re driving people to legalize drugs.