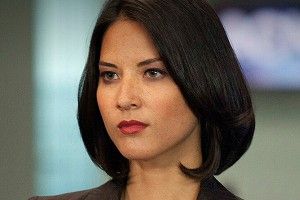 My personal quest to discover precisely how much of a fool I am (and whether my foolishness is of the greater or lesser variety) has gotten off to a flying start, and I now have a much clearer idea of my failings as a tipster, and indeed as a human. Last week, I posted five picks; three losers, a push, and a tip that won’t be resolved until next May (and is definitely going to win at long odds, just you watch). Now, my hopes and dreams lie in ashes around me, but this week, I intend to rise from those ashes like the Green Bay Packers.

That was originally supposed to read “like a phoenix,” but it seemed inappropriate given that the Cardinals aren’t just undefeated, but also one of the best teams in the NFL, according to the British Conkers System, the origin point for all known sport ranking systems. The Conkers System is Britain’s gift to the world (along with computing, the World Wide Web, and One Direction; you’re very welcome), but I have opted to use restraint and forsake my patriotic duty to use it to make all my picks, and will instead be relying on a combination of cack-handed statistical analysis, poorly understood intuition, and my oft-touted blend of self-delusion and ego. After all, the saying “If it ain’t broke, don’t fix it” fails to offer any advice on what to do if it is, in fact, broken, so in the absence of any further clichéd guidance, I’m opting to continue as before, although I intend to proceed in a slightly more cautious fashion. So, here are five really solid NFL picks, one blindingly obvious trap bet that only a fool would pick (hello!), and — just to keep you interested to the very end — a value-tastic soccer tip that I would definitely be lumping huge sums on, had I any huge sums left to lump following last week’s escapades.

See if you can detect a theme in these picks, as well as spot the obvious/costly mistake.

Last week the Giants scored 41 points, Eli Manning notched up 510 yards, and yet they still didn’t cover the spread against the Buccaneers. I am not impressed. Also noteworthy was the fact that the home team won 14 out of 16 games in Week 2, and I don’t see the Panthers bucking that trend any more than (ahem) I saw them beating the Saints last week. Home win!

With the new voice-activation commands in Madden ’13, I can get my 6-month-old niece to run a more effective offense than the Jaguars. At the start of the season, this must have looked like a winnable game for the Jags; now it’s a must-win game, and I wouldn’t back the Jaguars to win it with your money, never mind my own. Home win!

I predicted that the Bengals would struggle against the Browns last week before eventually winning the game courtesy of some trademark Cleveland ineptitude in the last minutes; instead, Cleveland confounded my expectations by giving up a touchdown in the first play of the game, then playing the Bengals pretty much evenly for the remaining 59 minutes. Special teams aside, I wasn’t impressed with the Bengals on their own turf, and I think Washington will dispatch them easily. Home win!

What’s that you say, Admiral? It’s a what, now? Sorry, I’m getting a really bad signal, Endor has terrible coverage … [click]. Now, where was I? Ah, yes, the Niners in Minnesota. I have no doubt about this one, it’s a cinch, my banker of the week, absolutely nailed on for a comfortable Niners road victory. Home defeat!

The Falcons benefited from Peyton Manning’s unerring ability to pick out Atlanta players in the first half at the Georgia Dome last week, and although they deserve credit for capitalizing on Denver’s generosity, I feel certain that they’re going to find San Diego a little less obliging. Home win!

Including preseason, the Eagles have won their last 10 matches, which means that under the British Conkers System, they’re the no. 1-ranked team in the NFL. On the other hand, the Cardinals are also 2-0 this season, won away at the Patriots last week, have home advantage, and are the underdogs, so I’m compelled to go against my cultural heritage and pick the home side to win. It’s worth noting that Philly’s two wins this season have been by a solitary point, so taking the Cardinals +3.5 may seem like a wise precaution, but I’m a value-loving fool, and if I’m going to ignore conker-lore, I’m going to do it properly. Home win!

And finally, a little value from the English Premier League to brighten up your Sunday morning:

Oh, I love this bet. I love it the most. This, right here, is tremendous value. Last season’s Premier League champions have started their title defense in skittish fashion, with two away draws and two unconvincing home wins against sides they would be expected to beat easily. Add to that a dispiriting match on Wednesday night against Real Madrid, where they contrived to lose despite taking a 2-1 lead with five minutes remaining, and the subsequent public recriminations hanging in the air, and you have a side who would welcome a nice, easy game this weekend. Instead, they have to face Arsenal, who have had a day’s more rest following a respectable away win in Montpellier and appear to be finding their form after a stodgy start, with an impressive victory at Liverpool followed by a surgical 6-1 evisceration of Southampton. I’d probably make Man City favorites for this match, but only just; +400 on an Arsenal win is a phenomenal bargain. Away win!