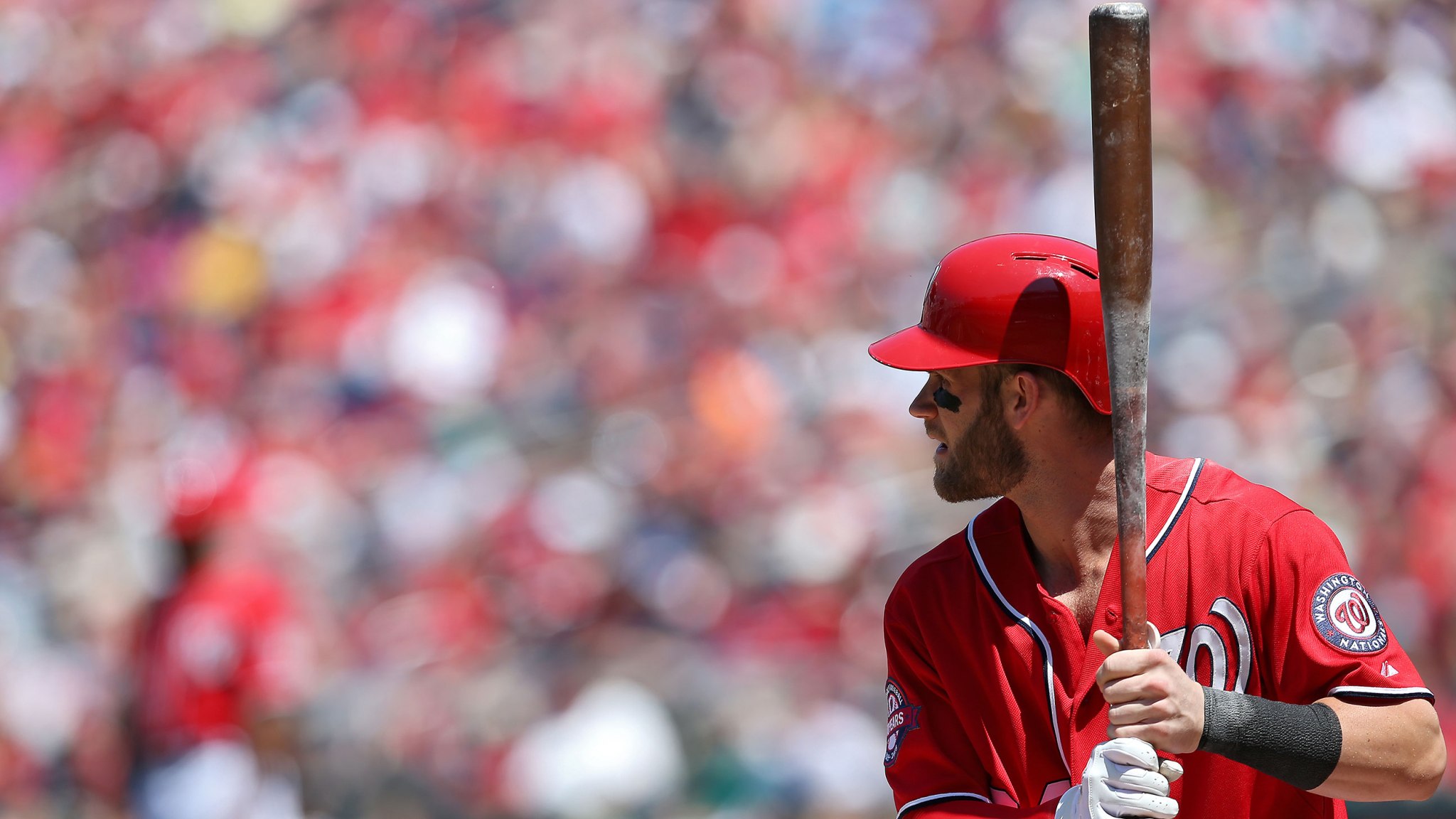 Can you believe it? We’re already a quarter of the way through the 2015 MLB season. And you know what that means: It’s time to prematurely hand out a bunch of real and made-up prizes. Without further ado, here are your 2015 MLB Quarter-Season awards.

The Astros just got the full “The 30” treatment yesterday, so we already know about their MLB-leading homer total, the emergence of Dallas Keuchel and a legion of unheralded pitchers, their baserunning derring-do, and the little analytical edges they’ve gained on the competition. When the regression gods inevitably come for their day of reckoning, the Astros might have a couple of answers for that, too.

Wunderkind shortstop Carlos Correa is just 20 years old, and he’s already holding his own in Triple-A (.283/.353/.500) after torching the Texas League for 29 games (.385/.459/.726). That kind of precocious performance bodes well for future success in the big leagues and could mean a promotion in the near future: Jed Lowrie’s on the 60-day disabled list, and fill-in Marwin Gonzalez is just a spare part.

Don’t sleep on Jon Singleton, either. The 23-year-old first baseman has already endured a 50-game suspension for marijuana use and a debut season in 2014 that included a stupefying 134 strikeouts in 310 at-bats and a .168 batting average. But after being sent down to the minors to start the season, he’s doing the little things right this year at Triple-A Fresno, walking more and making more contact. Meanwhile, the big things have been incredible. Singleton won Triple-A Player of the Week honors last week by submitting the following line: a .357 batting average, five homers, 23 RBIs, and two stolen bases. Again, that’s in one week, a glorious week that featured a 10-RBI game and three grand slams in a span of five days. The Astros don’t have an obvious hole for Singleton the way they do for Correa, unless they give up on the similarly skilled Chris Carter, a slugger who’s an absolute terror when he’s on.

Still, having two prospects with that much potential a phone call away from the Show gives Houston the kind of organizational depth most teams would kill to have.1 If the Astros want to turn their hot start into real playoff-contender status, these two players, both yet to face a major league at-bat this season, could be major difference-makers. 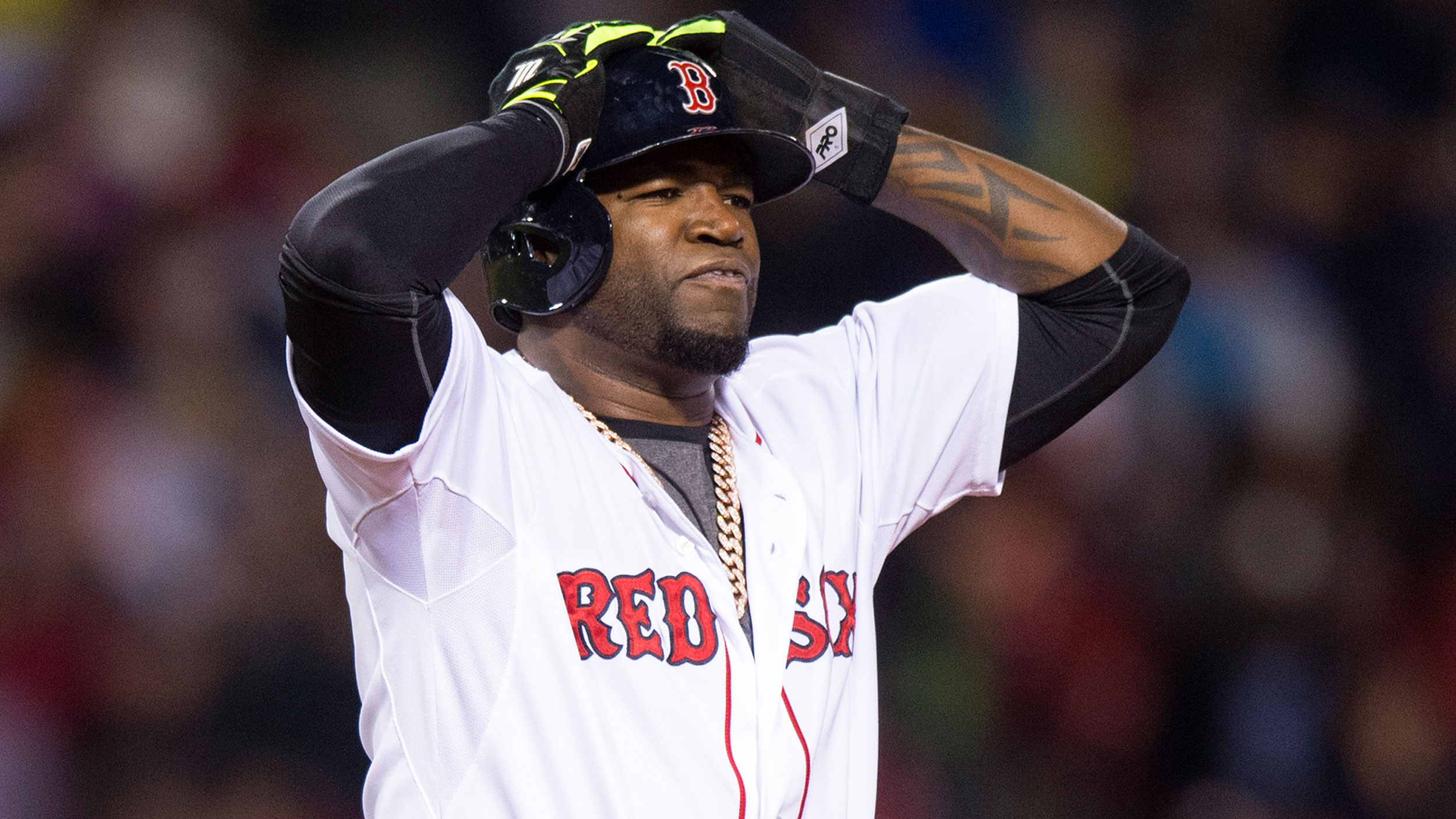 There are plenty of candidates for this dubious honor. The Padres and Jays aggressively loaded up over the winter, and both are buried several games below .500. The Marlins were a promising young team that seemed potentially ready to take the next step; instead they’re in last place and have already fired their manager. The Indians and Mariners had high hopes this season, but both have losing records. The A’s made the playoffs last year, and now they have the worst record in the American League.

Heading into the season, the starting rotation was the biggest question mark: Jon Lester and John Lackey were shipped out of town last summer, Clay Buchholz remained an enigma, and the decent-but-uninspiring trio of Rick Porcello, Wade Miley, and Justin Masterson were being called on to do the heavy lifting. A quarter of the way in, Sox starters rank last in the majors in park-adjusted ERA.

Given the defensive problems he posed by playing in front of the Green Monster and the injury risk he carried with his history of DL stints, Hanley Ramirez was a risk too. Turns out, both fears were justified: He’s been a disaster in left, and he’s stopped hitting since hurting his shoulder.

Finally, there was David Ortiz. Sure, he was coming off a 35-homer season, but at age 39, you had to wonder how much longer his power binge would last. It’s still early, and Ortiz has had plenty of seasons that started slowly only for him to break out later, but right now he’s a replacement-level hitter.

Despite most of the preseason fears becoming reality, there are still reasons to be optimistic at Fenway. The Red Sox are batting just .222 with runners in scoring position, 29th in the majors, but that’s a fluke, and there’s no way that will last all year long. More than mere regression, though, they also have talent on their side. This spring, Ben Lindbergh wrote about how Boston built a potential contender over the winter without sacrificing any of their many shiny prospects. As poorly as the Sox have played, they’re still just three games out of first place, and all of those dynamic young players are still there. If they want Cole Hamels, Johnny Cueto, or any other front-line starting pitcher on the trade market, they can make it happen in a heartbeat.

Every year, we try to come up with the right comps for Trout. He’s Mickey Mantle. No, he’s Rickey Henderson. We trot out the names of various all-time greats, and none of those side-by-sides quite work.

You know who Trout reminds me of? Magic Johnson.

On the eve of every NBA season, we’d read stories of Magic adding a new wrinkle to his game. He’d spend an hour every day launching jumpers, improving a facet of his game that was a major weakness coming out of college. Another summer, he’d work on his post-up game, a wild idea for most point guards, but not for a broad-shouldered, 6-foot-9 specimen.

That’s Trout. After that shaky (and brief) debut season, he came back in 2012 and seemingly did everything, slugging 30 homers, swiping 49 bases, batting .326, and playing impossibly great defense. The next year he hiked his walk rate by nearly 50 percent, posting a gorgeous .432 OBP. Then came the 2014 power surge, with Trout blasting a career-best 36 homers and 84 extra-base hits.

Through those first four seasons, Trout did have one glaring hole in his swing, though: He didn’t hit high pitches well. 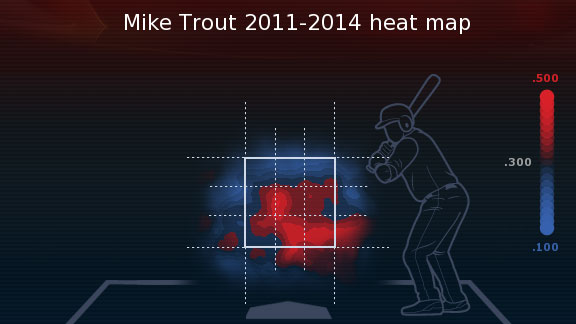 This year? No such problems. 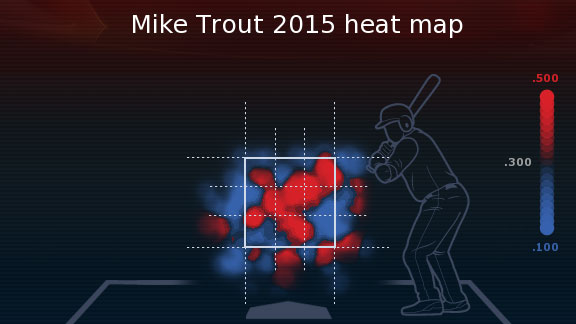 Nelson Cruz and Miguel Cabrera have been offensive terrors, while Josh Donaldson and Jason Kipnis have been terrific at the plate and also effective in the field. But Trout’s do-it-all game (.292/.384/.538, and again among the league leaders in center-field defense and Baserunning Runs) and his ability to Magically improve every year means there’s only one choice for this award.

We’ve already covered Harper’s transformation from quality player to Incredible Hulk look-alike, Ted Williams–level plate discipline guy, and hitter so powerful that he treats his shallower home runs like popups. But it’s the age that still gets me.

For kicks, I used Baseball-Reference Play Index to see how many players in their age-22 season or younger have posted an OPS+ of 200 or better. Click that link if you like, or I can just tell you. 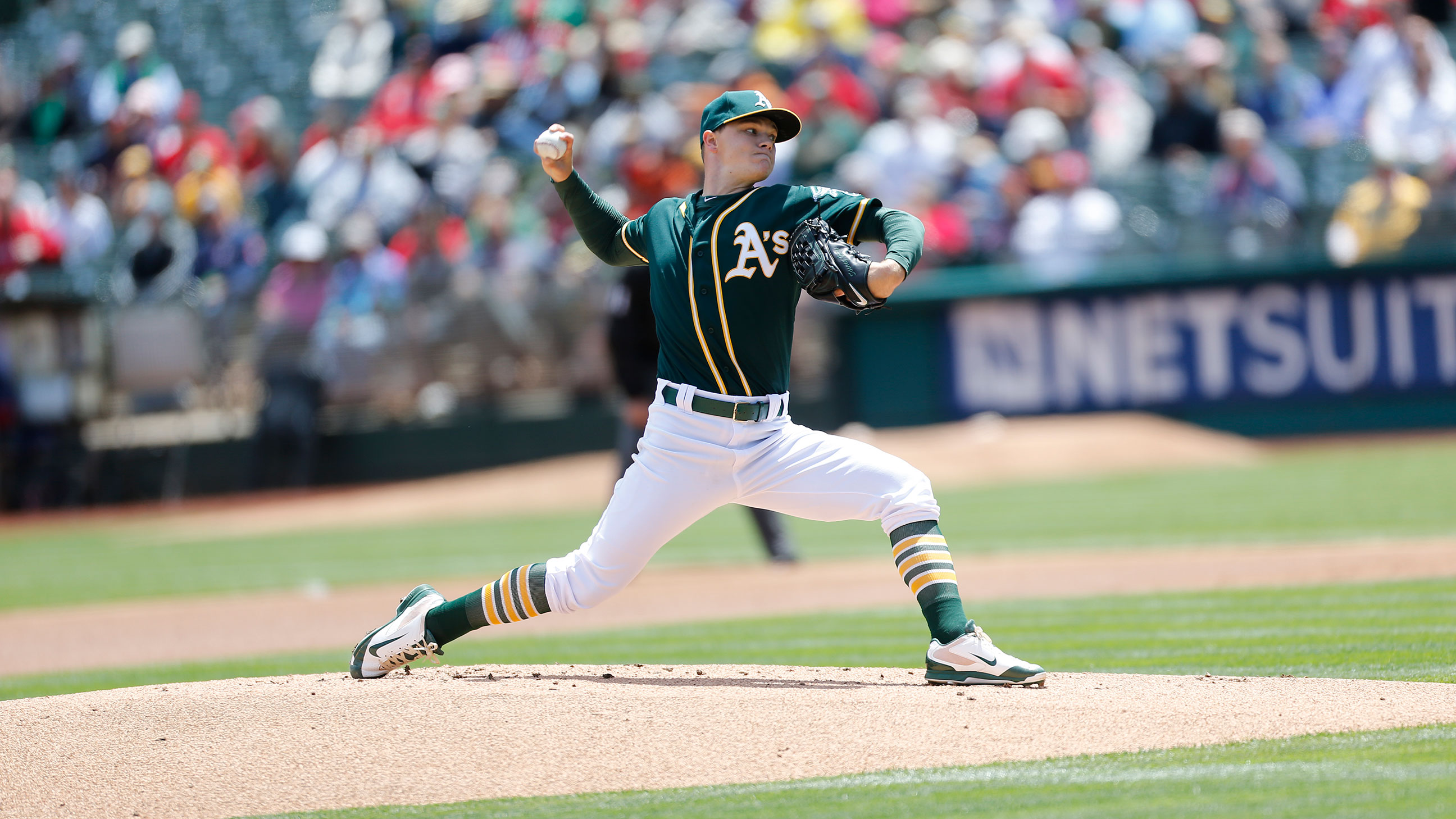 This is more or less a toss-up. Gray leads the AL in park-adjusted ERA. Corey Kluber leads in park-adjusted FIP. Keuchel, Jake Odorizzi, Chris Archer, and Michael Pineda have all been terrific. But Gray ranks fourth in park-adjusted FIP category and fifth in innings pitched, so this isn’t merely a vote for superficial stats. The 25-year-old righty gets the nod for now, but there are at least five or six worthy candidates.

This one’s a little more clear-cut. Scherzer’s your guy by fielding-independent stats, innings per start, and Wins Above Replacement.2 If you’re a Nats fan, you should be terrified of Years 5 through 7 of Scherzer’s $210 million contract, but we’re still in Year 1. For a soon-to-be nonagenarian like Washington owner Ted Lerner, all that matters is what’s happening now, and Scherzer gives the already loaded Nats a better chance to win it all.

Two takeaways from the AL Rookie of the Year being on the disabled list:

1. It’s a really weak field. The second-best candidate might be Travis’s teammate Roberto Osuna, who does sport a spiffy 0.76 ERA but is also a relief pitcher. There’s virtually no scenario in which a relief pitcher should ever win a major award. 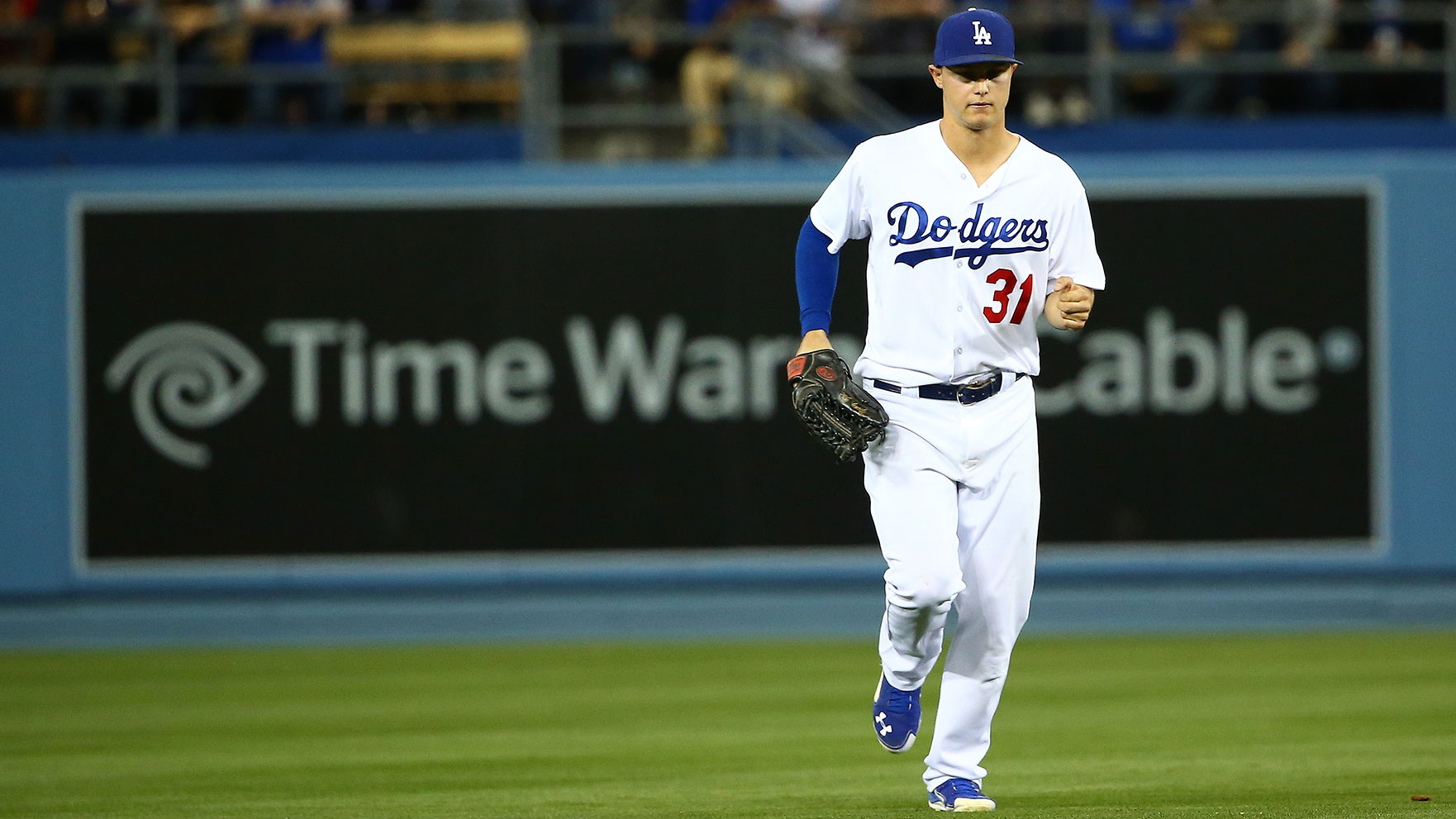 The bashing boychik has slowed his dominant three-true-outcome pace a bit since we last checked in on him. Still, Pederson has brought power, speed, and badly needed defense to the Dodgers’ center-field position, and the de facto upgrade from Matt Kemp to Pederson looks like one of the biggest improvements made by any team this offseason. If Kris Bryant keeps launching balls to go with that .396 OBP, though, this could become a rookie of the year battle for the ages.

A timeline of Vogt’s professional career:

• Makes major league debut at 27, an age so advanced it’s nearly an automatic death knell for any prospect.

• Through 44 games this year, he’s hitting .313/.413/.595, ranking him third among AL position players in OBP, third in slugging, and fifth in Wins Above Replacement. Challenge him right now with virtually any pitch in any part of the strike zone, and odds are he’ll hammer it. 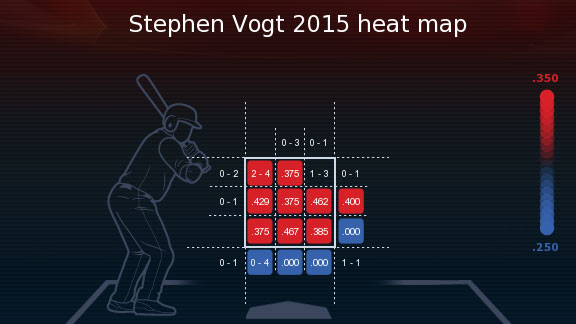 This early in the season there’s still plenty of risk that it all goes away, but for now, at age 30, Vogt is absolutely dominating. If only his A’s teammates could follow suit.

I think the Indians will surge back into the playoff hunt, setting up a four-team battle royal that could result in three AL Central teams earning playoff berths.3 If so, a dynamic rotation full of twentysomething strikeout artists shall lead them: Kluber’s pitching like a Cy Young candidate again, Trevor Bauer’s emerging as one of the best young right-handers in the league, Danny Salazar’s starting to justify the — a.k.a. “my” — breakout predictions that date back to last year, and Carlos Carrasco’s been one of the best pitchers in the league on a defense-independent basis despite an ERA near five.

Cleveland starters also own the biggest gap between ERA and FIP in the majors, and that’s due to the team’s biggest weakness: an atrocious defense that ranks 28th in MLB according to Defensive Runs Saved. Speculation surrounding the possible promotion of top prospect Francisco Lindor might be premature, which would close one possible avenue for defensive improvement at shortstop. But look for the Indians to go outside the organization and deal for help in center field, where only the Padres have been worse defensively per DRS. An upgrade in center should give the rotation a chance to really shine and lead the Tribe back into baseball’s most compelling divisional race.

Five for Fighting: The College Football Coaches’ Guide to Rebuilding an Offensive Line From Scratch