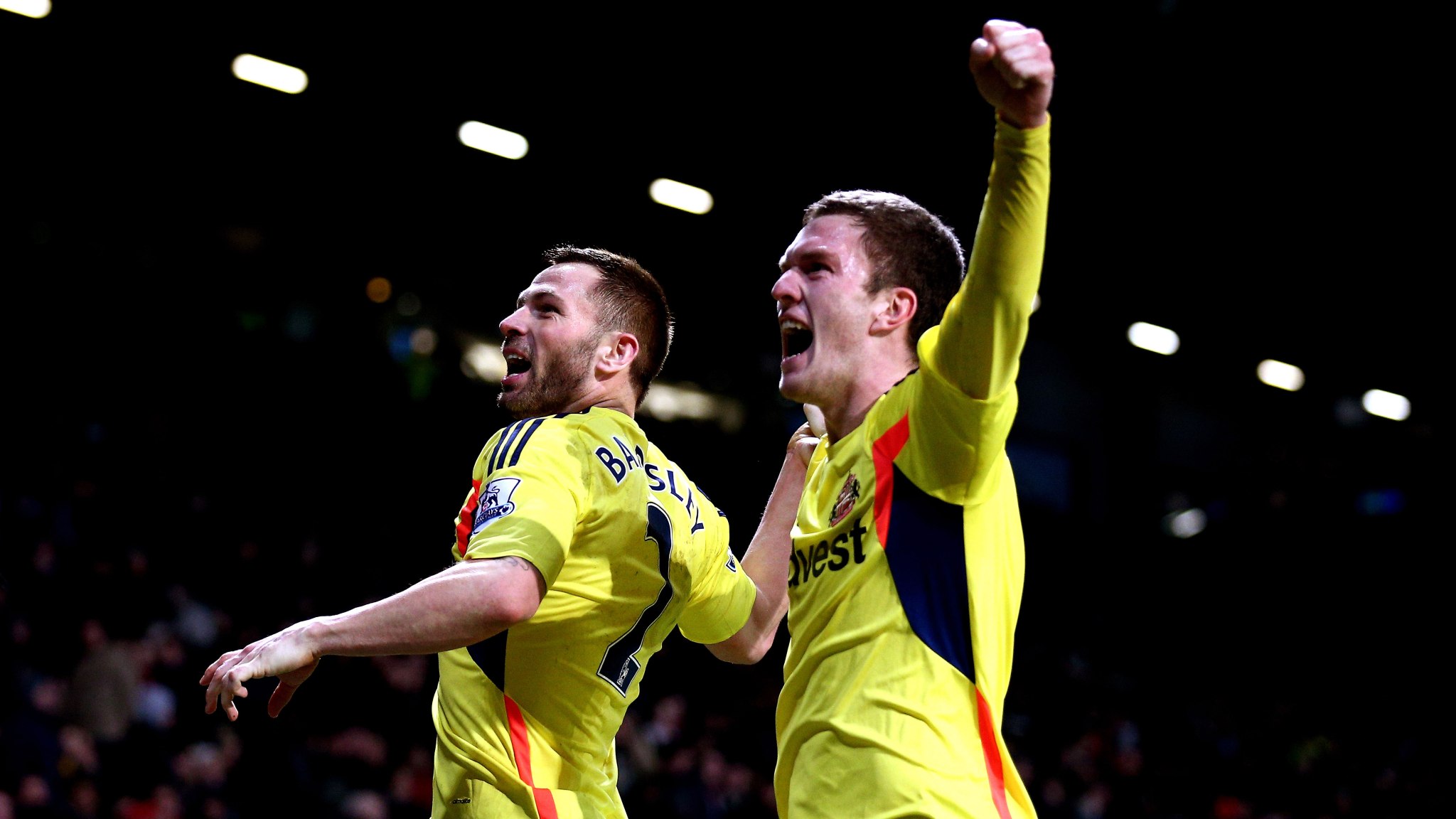 There’s this phrase commentators like to use during Manchester United home games that aren’t going according to plan, but which have just been changed by a United goal: “And you can hear the roar of relief all round Old Trafford.”

It’s a phrase suggesting the collective sense that the world, which has been off its axis for 35 or 74 minutes or whatever, is now back in alignment and the game can proceed amid the natural order of things.

Over in Sunderland, where the world has been off its axis pretty much since 1957, moments tend not to be given a catchphrase, though if they were, it would probably be, “And you can hear the jubilation of one in the eye for the gods, followed by the gulp of dread that it’s come too soon/late to avoid the inevitable.”

The equivalent catchphrase for goals conceded would probably be, “And you can’t hear the all-engulfing silence of a mechanically useless dad staring grimly at the smoking engine of the fucked family car, immobile on the verge — but it’s palpable at the Stadium of Light.”

When the odd acquaintance has asked me if I’ve been enjoying Sunderland’s recent cup runs, I’ve tended to grimace and shake my head quickly, as if I’m carrying a piano and they’ve asked me to stop and feed their chinchilla. Away from the big clubs’ sense of entitlement and that of some of their fans, cup runs are enjoyable bursts of joy at the final whistle, and are otherwise more terrifying as the competition goes on, and the height you may be dropped from escalates. Some supporters would greet a fourth-round home FA Cup draw against Conference team Kidderminster Harriers with joy and expectation. My response is typified in this tweet just after the draw:

Sunderland. Please don't. You know what I'm talking about.

It had all the hallmarks of an upset, and indeed some more composed finishing from Kidderminster on Saturday might have ensured one, as Sunderland’s team of strangers mingled awkwardly through an extended meet-and-greet. Gus Poyet had elected to play a side of mostly reserve players purchased in the spending spree authorized by director of football Roberto De Fanti last summer, and nobody seemed more surprised than some of them.

De Fanti never got to see this dream team take the field under his supervision. He was fired the previous week. But on the evidence of Saturday, he’d certainly ensured his legacy with the club — indeed there’s a fair claim that while Paolo Di Canio’s damage to Sunderland was largely cultural, De Fanti’s trolley dash did damage that was structural and much longer lasting. Getting this load of players off the books (though hopefully not off the bench too often, in the meantime) will be a long and expensive process.

Lest I sound ungrateful at Sunderland being in one cup final and in the fifth round of the FA Cup, and no longer bottom of the league, Poyet’s team beating Chelsea and Manchester United en route to that Capital Cup final (cue awkward moment at Wembley when Manchester City execs are asked “What’s in your wallet?” “God.”) has, in honesty, been great fun, and the manner of the United win in particular was typically, gratifyingly Sunderland:

1. They got an unlikely, last-minute extra-time goal from a former Manchester United player, Phil Bardsley, to set up the most unlikely of dramatic victories.

2. They conceded a goal to level the game seconds later (“And you can hear the roar of relief all round Old Trafford”).

3. They weren’t quite as crap at penalties as Manchester United.

It’s the latter part, of course, that people picked up on. And that’s understandable. Manchester United’s struggles are always a big story, or will be until they become routine. That 1957 moment I mentioned? That was the moment when Sunderland, at that time known as the “Bank of England” club, were embroiled in a financial scandal that saw them relegated for the first time in their history the following season, never to fully recover.

United will be fine, though. They’ve got the Glazers and the natural order of things.