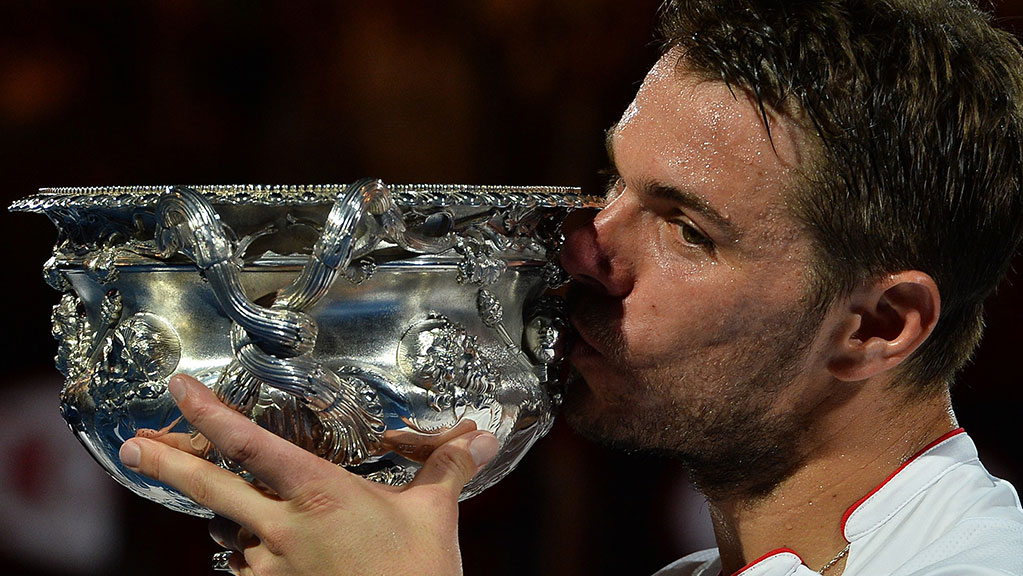 The Australian Open concluded with Stanislas Wawrinka’s 6-3, 6-2, 3-6, 6-3 upset over Rafael Nadal. On the women’s side, 31-year-old Li Na became the oldest women’s champion in the Open era in Melbourne following a 7-6(3), 6-0 win over Dominika Cibulkova. Though Li and Wawrinka must be overjoyed, their happiness might be overshadowed by this mysterious bettor who wagered $435 on 451/1 odds of both winning the tournament and will be taking home $196,000.

Here are a couple of interesting things we found over the weekend that we wanted to share:

Hal Walter over at Modern Farmer wrote a fun, off-the-wall piece about how he got into pack-burro racing. There are pictures, stories, and, of course, a burro named Full Tilt Boogie.

The Globe and Mail published this cool slideshow last Thursday ahead of this past weekend’s Kings-Ducks game at Dodger Stadium. It explains in easy-to-follow pictures how Dan Craig and his team built a hockey rink on the baseball field in the typically warm California weather.

We’re hesitant to recommend any NBA games as must-sees for tonight, but if you insist, there’s Timberwolves-Bulls at 8 p.m., which is about as promising as the night will get. Here, check it out yourself.

College basketball, on the other hand, should be much more exciting. There are three top-25 games today featuring five top-25 teams. No. 25 Oklahoma hosts no. 11 Oklahoma State at 9 p.m., the first time in almost nine years that both teams enter the rivalry game ranked. In the Big East, we have no. 4 Villanova at Georgetown. Though the Wildcats should have the upper hand in this game, they are coming off an embarrassing 96-68 loss to Creighton last week and a close overtime win over Marquette two days ago. Last up is no. 18 Duke and no. 20 Pittsburgh playing in the Petersen Events Center at 7 p.m. The Panthers have been doing well in their first season in the ACC, suffering only one conference loss to no. 2 Syracuse. The Blue Devils, however, have lost on the road to Notre Dame and Clemson. If you’re more interested in watching teams like Alabama State or Towson, check out the full schedule here.

You’ll have to wait until Wednesday if you want to catch an outdoor NHL game, but in the meantime, you can watch some of the top teams play tonight. The Bruins and Islanders face off at 7 p.m. while the Penguins and Sabres start at 7:30. If you want to catch a later game, tune in to the Kings and Sharks at 10 p.m. Here’s the full schedule.

The more intriguing note from Preston is that the move was driven by owner Steve Bisciotti and General Manager Ozzie Newsome, and that head coach John Harbaugh was a “non-factor” in the move.