Screws, Forks, and the Eephus: A Tribute to MLB’s Freak Pitches 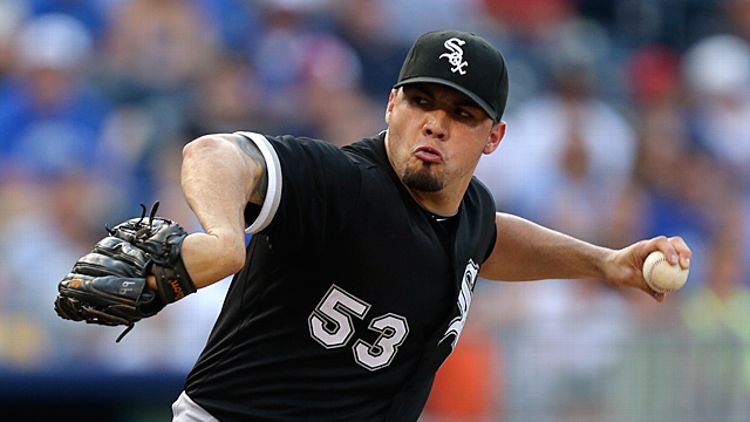 Which position in sports produces (attracts?) the most neurotic personalities?

Ask that question to 100 knowledgeable sports fans, and you’ll probably get three answers: soccer keeper, hockey goalie, baseball pitcher. The common thread? They all have to prevent something. The glory of scoring, in whatever form that takes, is permanently denied to them. The magnified egomania of the striker or the forward or the home run hitter can never be theirs. Instead, a career dedicated to prevention requires a certain amount of controlling behavior, superstition, and the ability to manipulate your own emotions as the situation requires.

In the case of goalies, the task is a little simplified. There’s nuance, of course, but it’s a reactive position, and the final aim is to prevent a ball or puck from entering a net. Not so for pitchers. The pitcher, uniquely in the five major sports, is asked to play defense by attacking. He alone develops intricate tactics for prevention, and this results in creativity. It’s why watching a great pitcher work is like nothing else in sports; you’re witness to an ongoing psychological war, and for once, the offense isn’t dictating the terms of engagement.

The pitcher is given strategic freedom, and when you allow a group of neurotics that kind of leeway, you’re eventually going to see some truly bizarre innovations. Most often, the inventors will be the ones who lack certain tools — the R.A. Dickeys of the world who failed in their first incarnation and had to reach into the wells of creativity to reinvent themselves. And one of the heartening aspects of baseball is that the modern era hasn’t erased this variety the way it homogenizes everything else. There are still pitchers who need that extra advantage, and who delve into the arcane realms to find it. This is a tribute to them, and their pitches.

Of all the pitches that you’d encourage your child never to try, the screwball is at the top of the list. It’s an effective one, because it travels at the speed of a normal breaking ball — a curve, a slider — and then goes in the exact opposite direction. It defies everything the batter has been taught to expect from an offspeed pitch. The way a pitcher accomplishes this is easy to imagine. To throw a curve, you snap your elbow inward and your wrist outward, putting a sideways spin on the ball that (if you’re right-handed) makes it dive to the left. So how would you throw a screwball? You’d snap your elbow outward and your wrist inward.

Try that unnatural motion, and now imagine doing it full speed with a ball in your hand. Can you feel the pain?

Hector Santiago has bounced between the bullpen and the starting rotation for the White Sox this year, and has put together a fine season, with a 3.03 ERA and an 8.95 K/9 rate. He’s also the only guy in baseball throwing a screwball. In the video below from the June 16 game against Houston, you can see him strike out Carlos Corporan on the screwball at the 43-second mark:

Here’s a video of Santiago explaining his screwball; pay special attention to the puzzled reaction of the D-backs batter, because it’s as close to naked astonishment as you’ll see at the professional level.

Here again, we have a pitch with mechanics so extreme that it leaves the hurler prone to injury. I wrote a post about the forkball’s history last year, in which I found a New York Times article chronicling the slow death of the split-fingered fastball due to its health consequences. Well, the forkball is a slower, more extreme version of the split-finger, so you can imagine the state of its popularity. With the fork, your index and middle fingers are stretched wide on opposite sides of the ball, and you snap your wrist on the delivery to produce a curve with a 12-6 dropping action. When you consider that it travels about 10 mph faster than your average curve, it’s easy to see why it can be so effective. The fork is more popular in Japan, which might explain why Junichi Tazawa is one of just three pitchers to have thrown a true forkball this year (see him strike out J.P. Arencibia with the fork at the 15-second mark here). But the nastiest forkball in 2013 belongs to Angels reliever Robert Coello. I mean, just look:

His catcher can’t even handle it! I took a screenshot of the video at his point of release, and you can see by his grip that this is a pure forkball.

There’s nothing too complex about the eephus — it’s a hyper-slow curve that looks like a typical lollipop pitch. It’s used rarely, and meant only for surprise; if you threw it too often, it would be smashed into the deep seats with regularity. But when it works, leaving a batter puzzled and angry? There’s nothing more beautiful.

The most famous eephus of all time will always be the one thrown by Bill “Spaceman” Lee to Tony Perez in Game 7 of the 1975 World Series. The Red Sox were leading 3-0 in the sixth, and that’s when Lee decided it would be a good idea to break out the rainbow. Perez waited, and waited, and drilled the ball over the Green Monster. When you consider the stakes, it was probably the most ill-advised pitch in baseball history.

Paul Maholm is one of just four pitchers to have thrown an “eephus” this year. The slow curve has produced at least one strikeout, and the victim was Chase Utley:

That’s the ultimate walk of shame. But at least Utley didn’t crawl, like Tony Horton did when Steve Hamilton got him to foul out on what was then called the “folly floater.”

The Dickey story is well-documented at this point, but it never gets old watching his knuckler dance and dive:

But Dickey is no longer alone in the ranks of MLB’s knuckle wizards. Skip Schumaker was called on to pitch an inning of relief when the Dodgers were being routed by the Rockies earlier this year. He wasn’t terrible, and despite loading the bases, he got out of the jam without allowing a run. More importantly: On a 3-2 pitch to Josh Rutledge, he ended Dickey’s monopoly and broke out the strangest pitch in baseball:

(There’s some argument about how to classify this pitch — FanGraphs says knuckleball, Brooks Baseball says changeup — but in the interest of believing in awesome things, I’m going with FanGraphs.)

The conclusion? Neurotic invention lives on. These four pitches prove that the sport is still populated by eccentrics. On the mound, if nowhere else, baseball’s freak spirit is alive and well.