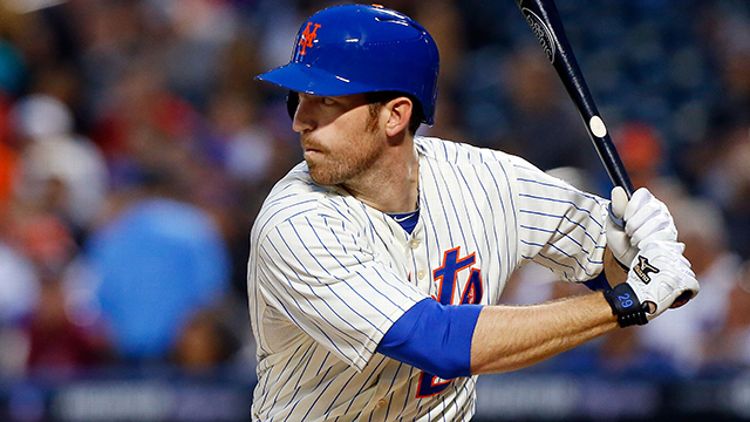 The fantasy baseball landscape starts to change dramatically about this time of year. Rehabbing players on non-contending teams decide (or are persuaded) to sit out the rest of the season and get ready for next year. Teams slap dynamic, young pitchers with innings caps, sometimes when they’re out of the race and no harm’s done, sometimes … otherwise.

The resulting roster flux creates opportunities for other players. There are the obvious ones, like the top prospects who languish in the minors for reasons both logical and confusing, then finally get the call. Then there are the less-heralded players, the ones jumping into more playing time who could swing fantasy leagues, especially deep ones.

Here are those sleepers worth snagging for the stretch run.

Khris Davis, OF, Brewers, owned in 35.2 percent of ESPN leagues: The 25-year-old rookie was never regarded as a premium prospect, getting drafted in the seventh round out of Cal State Fullerton, then spending four years in the minors. He had a huge breakout season last year, hitting .350/.451/.604 across three levels, with 15 homers in just 82 games. When evaluating prospects, one of the most important factors to consider is age relative to level — and Davis was old for his level(s), playing 50 of those 82 games in Double-A or lower. Thing is, all of that matters a lot more when evaluating a player’s long-term potential, rather than what he might do in the short term. Players like Kevin Maas and Shane Spencer also raked in their final minor league stop before the big leagues, made the Show in their mid-20s, then put up big numbers immediately … even though their major league careers petered out quickly.

Likewise, Davis has crushed big league pitching since getting his second call-up of the season on July 12. Used a pinch hitter at first, Davis cranked two homers in his first six at-bats following his July promotion. A few days later, he seized the everyday left-field job, filling the void left behind by Ryan Braun’s suspension. He’s been beastly since, hitting .375/.435/.750 in his past 12 games, with four homers and three doubles in 40 at-bats. He strikes out fairly often, 23.5 percent of the time in Milwaukee and 21 percent of the time at Triple-A this year. He’s blasted nearly one home run for every two fly balls he’s hit (46.2 percent HR/FB rate), which isn’t sustainable even if you’re Miguel Cabrera at Coors Field with a tailwind. Still, there are other positive signs, most notably strong power numbers throughout the minors (52 extra-base hits in 128 games in 2010, 47 extra-base hits in 125 games in 2011, plus that big 2012 campaign). There’s no guarantee Davis will keep demolishing the league the way Maas and Spencer once did. Of course if there were a guarantee, he wouldn’t be available for you to pick up.

Will Middlebrooks, 3B, Red Sox, 38.6 percent: True to their word, the Red Sox look like they’re going to play recently promoted top prospect Xander Bogaerts at shortstop (though how often remains an open question, given how well Stephen Drew has hit right-handed pitching lately). That leaves third base to the player who started the season at that position, lost the job, got send to Triple-A, then recently made it back up: Middlebrooks.

Last year, Middlebrooks got away with striking out five times more often than he walked, slamming 15 homers in 75 games and using a .335 batting average on balls in play to fuel a .288 batting average. That batted-ball luck has vanished this year, dropping his average by 60 points. The power’s still there, though, with Middlebrooks racking up 11 homers and 16 doubles in 64 games for the season, and a .441/.535/.706 line in his first 11 games back from Pawtucket. With his skill set, the inviting Green Monster to shoot for, and a potent lineup around him, Middlebrooks could have a big run in him for the final 33 games of the year.

Davis hasn’t shown anywhere that kind of power this time around, hitting just three home runs since making it back to the big leagues. But he’s shown a lot more patience, with more walks than strikeouts, along with a .282 batting average and .448 on-base percentage. The power potential’s still there given what he did last year, along with his career numbers (.192 isolated slugging — slugging average minus batting average), and he’s seeing the ball better than he has in a while. He’s playable in deeper leagues.

Sonny Gray, SP, A’s, 40.6 percent: In a season in which Jose Fernandez and Hyun-Jin Ryu are carving through the league, any rookie pitcher with an ounce of potential is going to attract attention. Still, Gray remains unowned in more than half of ESPN’s leagues, which creates an opportunity for pitching-needy owners. A first-round pick by Oakland two years ago, Gray comes with the pedigree and numbers (237 strikeouts, 103 walks, and just 13 home runs allowed in 292⅓ minor league innings, despite playing in some hellaciously tough leagues and ballparks for pitchers) to warrant attention.

So far so good in his first three major league starts, with Gray striking out a batter an inning and holding the Astros and Mariners to just two runs combined in his two most recent starts. The schedule makers didn’t do Gray any favors for his next start, with Cabrera and the Tigers on the docket (and the very tough Anibal Sanchez going for Detroit, potentially limiting Gray’s run support). It gets easier after that, though, with a start against the weaker-hitting Rays (and ice-cold Jeremy Hellickson), followed by an outing against the worst-in-baseball Astros and the overmatched Twins. Streaming starting pitchers is a strategy worth pursuing in leagues of all sizes anyway. So if you’re in a league with daily transactions and can hold off until after Gray’s upcoming bout with the Tigers, you’ve got two of the tastiest matchups for any potentially available pitchers for the rest of 2013.

Dillon Gee, SP, Mets, 15.8 percent: You’d think Gee would be owned in more than one-sixth of leagues, given the huge run he’s been on lately. Over his past seven starts, the Mets right-hander has posted a 1.47 ERA, limited opponents to a line of just .203/.245/.308, and allowed just 47 baserunners and four home runs in 49 innings. Some of that’s due to a .219 batting average on balls in play that’s unlikely to stay that low. But Gee’s been stingy with walks over the past couple seasons, and his 3.71 FIP last year suggested a pitcher who could do better than the 4.10 ERA that came with it.

He’s not someone you want to jump on in shallow mixed leagues, even with that current hot streak. But in deeper mixed leagues or NL-only circuits, he’s worth a spin.

Did the Clash's Joe Strummer Actually Run the Paris Marathon?