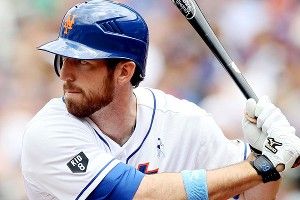 The concept of buying low in fantasy can be a tricky one to navigate. Whether or not you’re truly buying low can depend on the size of your league, and how savvy your competitors are. You might have free-agent budgets to consider, or an intransigent owner who won’t trade the guy you want, even with a strong offer.

Best we can do is dig up a few players having regrettable seasons, factor in their reputations, then sort them by three categories: buy low, buy lower, and buy lowest. Think of the buy-low players as waiver pickups or trade possibilities in standard (12-team) mixed leagues, on down to target guys in 20-team mixed, or AL-/NL-only leagues.

Here are your nominees:

Tim Lincecum — We covered Lincecum in this week’s edition of The 30:

Tim Lincecum’s seven innings of shutout ball during that streak gave him 35 strikeouts, 13 walks, and just three home runs allowed over his past five starts, covering 29⅔ innings. Sure, that line came with a still-ugly 5.16 ERA. But beyond a drop in velocity that has had little to no effect on his still-elite strikeout rate, Lincecum’s struggles this season boil down to one factor: He’s great with the bases empty (limiting hitters to a line of .233/.299/.416) and terrible with runners in scoring position (.300/.444/.490). If Lincecum’s mechanics are getting messed up while pitching from the stretch, or if the guy with two Cy Young awards has suddenly and inexplicably started melting down in high-leverage situations, that’s a major problem. It could just as easily be one of those random things that is regressing toward the norm as the season wears on. Maybe he won’t ever again be the best pitcher on the planet. But you probably don’t want to bet against a big second half.

Because he’s a two-time Cy Young winner, Lincecum might not come cheap, if his owner’s willing to sell him at all. Play up the 5.60 ERA (more than double last year’s mark), then hope that Lincecum’s 62.2 strand rate third-worst among all qualified starters) is an aberration that remedies itself in the second half.

Eric Hosmer — For much of the season, Hosmer’s batting average on balls in play hovered around .200, some 90 points below league average. All that bad luck has started to turn lately: He’s riding an eight-game hitting streak, going 13 for his last 30. Now up to a less hideous .237/.304/.389, Hosmer no longer qualifies as anything more than a shallow sleeper. But there might still be a buying opportunity here, for those who focus more on his fantasy output (a modest pace of .237, 19 homers, 69 runs scored, 75 RBI) and less on improvement in core skills such as walk rate (up to 8.3 percent) and strikeout rate (down to 11.5 percent).

Ike Davis — The poor man’s Hosmer, by reputation if not necessarily by performance. Davis is hitting just .203/.278/.390, but with strong power stats (on pace for 22 homers and 90 RBI). Davis’s advantage lies in his opportunities. He bats cleanup for the Mets, behind the surprising Ruben Tejada (.370 OBP) and David Wright (.447 OBP). If Davis flirts with the Mendoza line all year, he’ll still offer value in deeper leagues. If his .238 BABIP starts to pick up, he becomes a viable starter in even the shallowest mixed leagues.

Cameron Maybin — Maybin’s been one of the worst-hitting regulars in the majors this year, hitting .206/.287/.307. But two factors prevent him from achieving buy-lowest status: His 16 stolen bases and an offensive explosion Monday night. Maybin went 2-for-4 with a walk on Monday in Arizona, and one of those two hits was a double. The other blew Maybin’s cover: A 485-foot missile that was the longest home run of the season by any player. Those marked Maybin’s first extra-base hits in 22 games. So why the optimism over one game? A change in Maybin’s swing. The Padres center-fielder recently ditched his trademark leg kick, and is now using the smallest of toe taps to trigger his swing. One game doesn’t prove the benefits of a new approach. But Maybin’s speed (40 steals last year) and his own BABIP regression tour (.251) offer a performance floor that makes him worth a pickup. If his new stance starts to yield more results, he could be one of the biggest fantasy surprises of the second half. Meme-generating bros already approve.

Rickie Weeks — No hitter in his class has looked worse this season than Weeks. What seemed like a case of small sample size struggles is now half a season of misery, with Weeks hitting a brutal .187/.309/.315 for the year. Prince Fielder’s exodus to Detroit figures to hurt several key players’ counting stats by season’s end. And Weeks’s struggles have knocked him down to sixth in the order, taking another bite out of his potential. But two years ago, Weeks put up huge numbers, belting 29 homers, driving in 83 runs, and scoring 112. This year’s pace: 12 homers, 45 runs scored, 55 RBI. He’s hitting about as many line drives as he always has, and walking more than he has in five years. There are some signs of skill erosion, including a career-high strikeout rate (29.3 percent), and his highest infield popup rate in half a decade (16.5 percent). But Weeks’s biggest problem has been a sharp uptick in fly outs. Check out his home-runs-per-fly-ball rate over the past three seasons:

It’s entirely possible that Weeks’s injuries — a lingering shoulder problem that plagued him in spring training, as well as hand and wrist problems — have sapped his power and don’t figure to improve until or unless Weeks gets a long rest. But there’s always the chance that this is mostly bad luck, that the star second baseman of two years ago could bounce back after the All-Star break. Weeks is already available in nearly half of ESPN’s 10-team mixed leagues, and you can find him on the wire in deeper leagues, too. At this point, very few people believe he’ll recover. Exactly what makes for a buy-lowest opportunity.