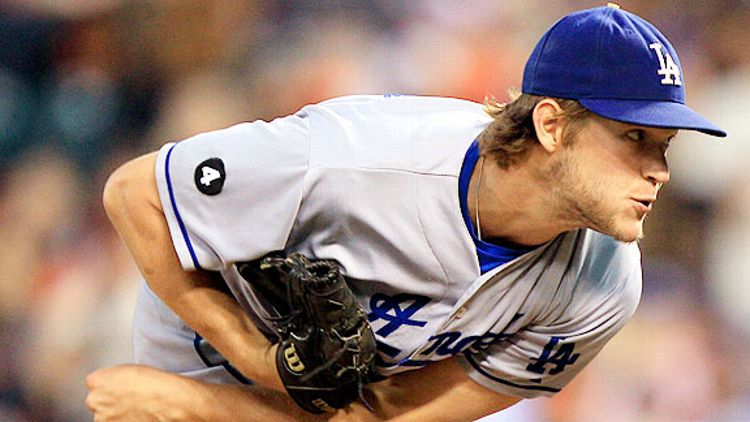 I can’t verify this for a fact, but there’s an excellent chance that the first big word I ever learned was “referendum.” When I was five years old, Quebec’s Parti Quebecois government called a referendum to determine whether or not the province should secede from the rest of Canada. Had that effort succeeded, I might have grown up in a different country, with different currency, different status within the global community, and a whole new set of elected officials for Major League Baseball to threaten and blackmail before stealing the Expos away.

In baseball, referendums happen far more frequently, often over the same basic idea: How do we determine the value of a player? Can a pitcher be a league’s most valuable player? Can a player on a non-contending team be the most valuable player? Just what exactly does valuable mean, anyway? It’s the same with pitchers. Should we focus on wins? ERA? Advanced stats? Can movies starring Brad Pitt and Royce Clayton help us better understand all of this? Forget the future of an entire nation. These are the questions that matter.

The latest baseball referendum revolves around the NL Cy Young award. But unlike many of the other award debates of recent vintage, this one has an interesting twist: There’s no new stats vs. old stats argument to be had. Pick any of the top three names on the list, and you have a worthy winner.

Roy Halladay, Clayton Kershaw and Cliff Lee have all put up monster seasons, however you want to measure them.

(Included Ian Kennedy, even though he’s not getting the same level of buzz as the other three, despite his 20-4 record. Whether that’s because his season doesn’t feel as dominant or because advanced metrics don’t like him as much, he’s a long shot to win it.)

Let’s break down Halladay, Kershaw and Lee in more detail:

Why Halladay could win: Leads all qualified major league starters in FIP. You can debate how many voters will consider FIP and other defense-independent metrics when making their decision, but they do seem likely to consider the factors that make up that stat, namely strikeouts, walks and home runs. Halladay has posted the lowest walk rate (1.3) among qualified NL pitchers, and the third-lowest home run rate (0.4). He’s also tossed six innings or more in 29 of his 31 starts, allowed four runs or fewer in 29 of his 31 starts, leads the league in complete games with eight and has actually been slightly unlucky on balls in play this year (.300 batting average on balls in play, just above league average).

Why Kershaw could win: Like Kennedy, Kershaw’s a 20-game winner. He also leads the league in ERA and strikeouts (242), putting him on track to win the pitching equivalent of the traditional Triple Crown. Unlike the MVP award, where many voters still interpret the word “valuable” to mean, “must have been involved in a pennant race,” Cy Young voting doesn’t usually take that into account. Kershaw could even benefit from his team’s play. If he can win 20 games on one of the worst offensive teams in baseball, the thinking goes, shouldn’t that bolster his candidacy?

Why Lee could win: Second in strikeouts, third in ERA, third in FIP. Pitching out of his mind in the second half, with a ludicrous 1.71 ERA and a strikeout-to-walk rate of better than seven-to-one over 12 starts.

Who should win: It’s very close, but with each pitcher likely to make one more start this season, Halladay holds a slight edge over Kershaw and Lee. Everything Lee’s done, Halladay’s been just a little better. How can we justify Halladay over Kershaw, despite Kershaw’s slight to moderate edges in wins, strikeouts and ERA? Ballpark. Citizens Bank Park has played as the 14th-best hitters park in the majors this year, vs. 22nd for Dodger Stadium. Use more reliable three-year park effects and you get the same result: Philly’s been neutral to slightly positive for offense, while Dodger Stadium remains one of the 10 friendliest parks for pitchers. With the defense-independent numbers so close between the two (and Halladay already holding the advantage), park effects should nudge Roy to the podium. Though we’re by no means beholden to WAR rankings, it’s worth noting that the park difference creates a sizable gap: Halladay’s delivered 8.0 Wins Above Replacement this season per FanGraphs, vs. 6.8 for Kershaw and 6.7 for Lee (Baseball-Reference WAR has the three pitchers in the same order, though bunched much closer together).

Who will win: I’d bet on Kershaw. It’s tough to vote against a 20-game winner who’s also likely to claim the pitching Triple Crown. Halladay might split some votes with Lee. The novelty factor will also be appealing, with the 23-year-old lefty owning that new ace smell that Halladay lacks.

Meanwhile, Kershaw’s teammate Matt Kemp leads the NL in RBI, sits one behind Albert Pujols in homers and .004 behind Ryan Braun in batting average, giving him a shot to become the first hitter to win the Triple Crown in 44 years. You could certainly make a case for someone other than Kemp to win NL MVP (Ryan Braun? Justin Upton? Roy Halladay?) just as you can for someone other than Kershaw to win Cy Young. But even a curmudgeon like me would admit that two Triple Crowns in one year, by teammates, on an otherwise mediocre ballclub, would be a great story. One with a reasonable argument for winning a pair of baseball referendums.