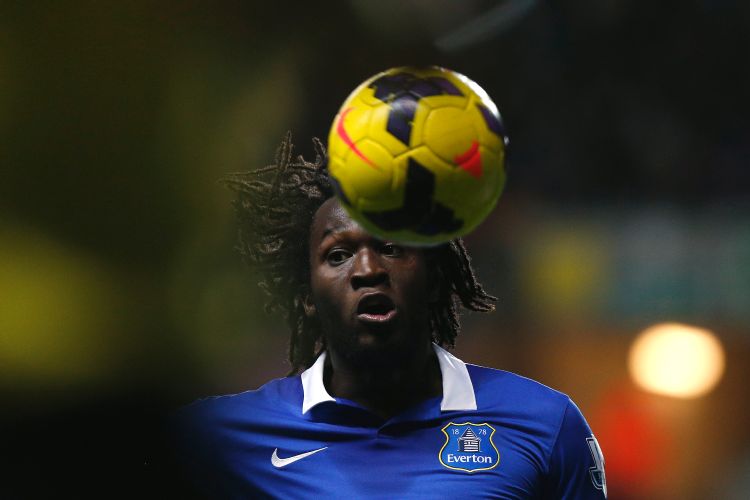 Chris Ryan: The Premier League has the Christmas spirit. This time last year, the two Manchester teams had pulled away from the pack and Sir Alex Ferguson was perched on the top of the table like the Grinch who stole Champions League places. United would sew up the title in just a matter of months and it was all over but the crying. This season, seven teams at the top of the table are within six points, and the presence of Everton, Arsenal, and Liverpool is making football fans feel something they haven’t in a while: that anything can happen. It’s exactly how you want to be feeling at the end of one year and the beginning of another. Just don’t get used to it.

Over the next week, Arsenal will host Chelsea (today) and visit a very hot Newcastle team. Liverpool have possibly the hardest run of games, playing Chelsea and City, before starting the new year with Hull. Everton could actually find themselves in the title race in the beginning of 2014. They host Sunderland and Southampton before visiting Stoke on New Year’s Day. Other than Liverpool, City has a relatively easy holiday schedule, with Crystal Palace and a struggling Swansea. You might even see Newcastle climb further up the table, if they can get a decent amount of points from their Stoke, Arsenal, and West Brom games. If I had to guess, I’d say Everton and City would be top of the table when January begins. But then again, what’s the fun in guessing?

Mike L. Goodman: The reign of Tim Sherwood at Tottenham Hotspur may be a short one (Spurs chairman Daniel Levy has reportedly been batting his eyes at Louis van Gaal, currently tasked with taking the Netherlands to the World Cup) but it sure won’t be boring. On Sunday, Sherwood managed to throw just about every creative, attack-minded player on the Spurs roster onto the field at the same time. The front six consisted of two strikers in Roberto Soldado and Emmanuel Adebayor (even though Ade has played in a grand total of one half of Premier League football this year), two extremely attack-minded wingers in Gylfi Sigurdsson and Erik Lamela, and a double pivot of Christian Eriksen and Mousa Dembele. That lineup is, to put it mildly, insane. In effect, Spurs conceded complete control of the midfield in the hopes they could pump more goals into the net when they got the ball into the final third.

On Sunday, it worked. Spurs were sliced open with incredible ease for the two goals they conceded, but managed, for the first time this season, to score three, including two from Ade.

It was a strong result for Spurs, who desperately needed a win, not only to keep pace in the standings, but to establish some beachhead of stability in what has quickly become an incredibly turbulent season.

Sherwood’s brand of crowd-pleasing kamikaze football worked during its debut, but that doesn’t mean it will work against all, or even most, of Spurs’ upcoming opponents. What it does mean is that whether for two weeks, two years, or two decades, Spurs certainly won’t be boring if Sherwood is at the helm. It just doesn’t mean they’ll be good.

Cardiff City Blues (Even Though They Wear Red Now)

Ryan O’Hanlon: This is a chain of contradictions that sums up modern soccer: Last week, Cardiff City owner Vincent Tan emailed Cardiff City manager Malky Mackay to tell him he needed to resign or be fired. Mackay refused to quit because his team, not in the relegation zone, is doing very well in terms of real-life expectations (and because he’ll be owed over $5.5 million in compensation). Cardiff fans staying behind after the final whistle to chant in support of Mackay and in opposition to Tan was the most memorable thing about Saturday’s Liverpool-Cardiff game. It wouldn’t have been so memorable had Cardiff won the game because, well, Cardiff beating Liverpool in Liverpool would’ve been the most memorable thing about that. Cardiff did not win, because they are a small team and they were playing against a bigger, wealthier team with much better players. They were playing against a bigger, better team because they were just promoted up from the Championship this season. And they were eventually good enough to be promoted up from the Championship because, in 2010, the team was purchased by a Malaysian billionaire named Vincent Tan.

It appears that Mackay has been given a temporary reprieve. (Only giving up two goals to Luis Suarez might do that for you.) Or, at least I think that’s what this impenetrable Lorem Ipsum of corporatese says.

“What I wanted to do,” Mackay said on Saturday, “was build something that was built on bricks, not sand.” Yet, it seems doubtful he lasts for long. Tan changed the team’s name and colors after buying the club, so a postgame kumbaya probably isn’t much more than a bunch of people singing around a fire that eventually gets put out. Sand is a handy extinguisher.

Spike Friedman: Liverpool midfielder Jordan Henderson is considered a known quantity; Henderson is valuable because he runs, but he’s not the most technically skilled player. I mean, he inspired someone to make this piece of amazing (via @scott_wroe).

But, um, wait, how the hell is he doing this?

That’s a perfectly weighted lobbed assist for Luis Suarez in this weekend’s match against Cardiff City. Well, anyone can get get lucky once, so … but …

Oh. That’s a glorious backheel assist to set up Suarez’s second goal. It was Henderson’s third assist in his last two matches. This is not Henderson, the thoroughbred; this is Henderson, the primary supplier to a striker on the most deadly run of form a Premier League striker has ever seen.

It must be noted that Henderson’s uptick in productivity has come in Steven Gerrard’s absence. Gerrard has had an up-and-down campaign, gathering bunches of assists from set pieces and against lesser opposition, while looking off the pace in his side’s biggest matches. Liverpool have run rampant in his absence, looking more threatening with a midfield triangle that can use Joe Allen’s versatility to easily invert itself from a 2-1 attack to a 1-2 shell, depending on the game state. Henderson had been playing that role, but he has looked more impressive when freed to be a consistent attacking presence.

Can Brendan Rodgers keep a fit Gerrard out of the lineup? He has not been shy in benching stars; just ask center back Daniel Agger. But Steven Gerrard is Steven Gerrard. If, and this is a big if, Liverpool continue their form through a brutal upcoming slate of matches, big questions will be coming for Rodgers when Gerrard regains his fitness. Fortunately for him, if Liverpool do maintain their current form into mid-January, he’ll be answering those questions from the top of the table.

Ross Barkley and the Believers

Goodman: One of the most fun things about watching a young player develop is the moment when you realize the kid makes the game look easy because he has absolutely no idea how hard what he’s accomplishing is. Ross Barkley was the road to rescue for Everton on Sunday, doing this in the 84th minute.

When asked after the game how often he worked on free kicks in training, Barkley said, “I don’t practice free kicks, but with Leighton Baines not on the pitch, I thought it was my chance to have a go.” And lest you think Barkley’s aw-shucks quote was false modesty, here’s manager Roberto Martinez: “He’s a natural talent who can play in any position. We didn’t know he could take free kicks, but it’s good to know from now on.”

Barkley won the game by scoring a ridiculous goal that he has never tried and doesn’t practice. Even his manager had no idea he could do it. It’s just another day in the life of a budding superstar, and another three points in a fairy-tale first half of a season for Everton, and right now the ceiling seems nonexistent for both of them.