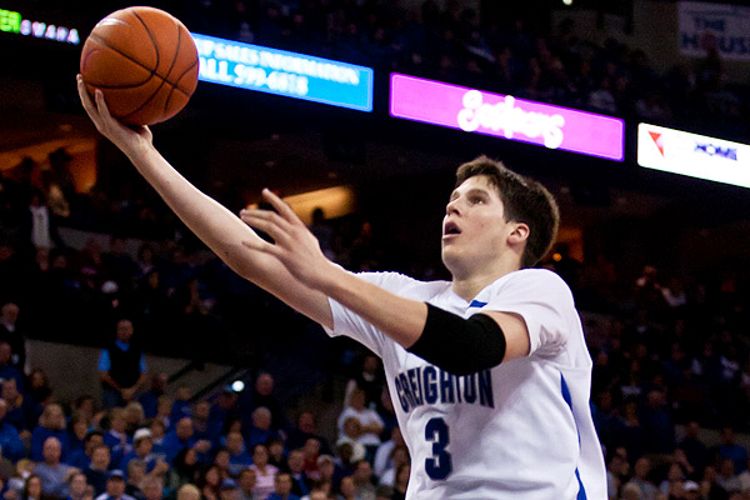 January is on its last legs, which means it’s approximately five months too late to start discussing who should win college basketball’s various player of the year awards. Better late than never, though, so today let’s look at one of the lesser-known hopefuls: Creighton’s Doug McDermott.

Lineage: He is a direct descendant of his father, Greg McDermott, coach of the Bluejays. Along with undefeated Murray State, Creighton is one of the two best midmajors in college basketball this season.

So he only plays because his dad’s the coach? You didn’t read the “raw numbers” section, did you? Are you a commenter from … THE INTERNET? (On that note, the Drake student section unleashed one of the chants of the year when McDermott was at the line: “You’re a-dopted!”)

Accolades: He was one of just two consensus picks for the 25 Wooden finalists released earlier this month. The other was Kansas’ Thomas Robinson. Last year, he was the first freshman in 50 years to earn All-MVC honors.

Style: “Let Me Clear My Throat” by DJ Kool.


Style, in actual words format: McDermott is technically a “power forward,” but he’s not the strongest guy in the game. He likes to catch-and-shoot on the perimeter, but he’s increased his post presence this season. He obviously has wonderful court sense to shoot 61.7 percent, and he’s got a great touch. His quickness and muscle will be tested when he faces better defenders in March.

Whoa, did you know the College Basketball Invitational championship was a best-of-three format? Last season, in McDermott’s freshman season, Creighton made the finals of the CBI (otherwise known as the tournament the NIT mocks to deflect negative attention from itself). It beat Oregon in the first game, but lost the next two. I thought you’d like to know this.

Where’s the Jimmer hype? Good question. Good shooter, small school, “great white hope” pedigree … expect the hype to build as the mainstream gets a heavier dose of him. Or are we all Jimmered out? (And is “all Jimmered out” a phrase I should avoid in mixed company?)

Player-of-the-year possibilities: Strong. Let’s take a look at one of StatSheet’s great radar charts to compare him to some other top forwards. Let’s start with his former high school teammate Harrison Barnes. (Seriously — the two played together in the same class at Ames High School in Iowa. Here’s video of them winning their second state championship, and their 53rd straight game, as seniors.)

As you can see, the advanced metrics give the edge to McDermott in every category except free throw rate, which measures how often a player gets to the line. That’s where Barnes’ strength gives him an advantage. In everything else, McDermott exceeds his Ames teammate. He also tops him, 124-114, in offensive rating, a rough measure of how many points a player would score in 100 possessions. For fun, let’s look at one more — West Virginia’s Kevin Jones, who’s put together an excellent senior season.

Here you see a closer competition. McDermott leads in scoring and shooting, but Jones has slight edges in rebounding, ball control, and floor percentage (a complex measure that attempts to find exactly how many points a player created, and his offensive efficiency). If you had to choose between the two today, McDermott might get the nod, but that’s without considering the tougher competition in the Big East. And clearly, when you start comparing players at different positions, everything is muddled further.

We’re still about two months away from the final decision, but keep an eye on McDermott. If Creighton can reach the Sweet 16, he’ll be the darling of March. Except with a more masculine title, hopefully.