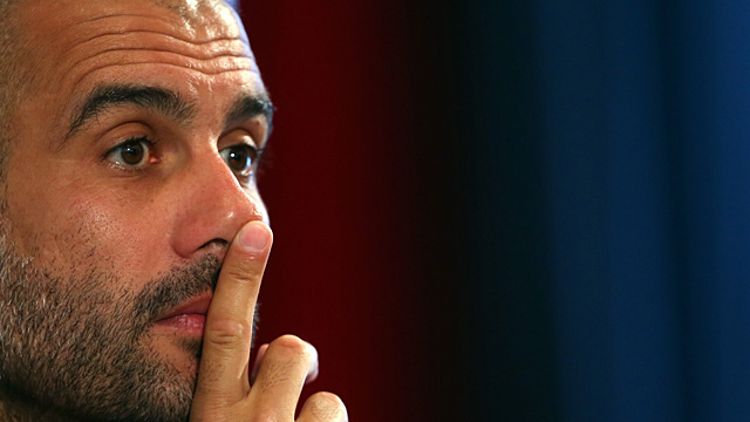 This summer’s European football transfer window has featured the usual telephone whispers and hysterical about-faces that one can expect from a three-month spectacle fueled by secrets, lies, roughly translated radio interviews, and unimaginable amounts of money.

Luis Suarez wants out of Liverpool, because he’s tired of being called a racist cannibal by the English press. Or maybe because he wants to play Champions League football. But not in England, because he loves Liverpool. Unless of course Arsenal are serious about their €30 million bid. Arsenal, for their part, have been searching for a striker, high and low. They made a bid for Real’s Gonzalo Higuain … or maybe they didn’t. Shakhtar Donetsk midfielder Henrikh Mkhitaryan was going to Liverpool until he actually went to Borussia Dortmund. Robert Lewandowski was headed to Bayern Munich, then he was staying at Dortmund, then he was maybe going to Chelsea, and now he’s staying again … but he’s likely going to Bayern next season. Christian Benteke wants out of Aston Villa; Spurs want to buy a striker and keep Gareth Bale. And David Moyes wants some of his old Everton players to join him at Manchester United. If you’re looking for a world where nothing is what it seems, you’re in the right place.

These are the stories we read about during summer to pass the time while clubs are touring the world, playing friendlies. These players will be sold, or they won’t. It’s all basically bullshit until it actually happens. But one of these stories — the transfer of Barcelona midfielder Thiago Alcantara — has risen above gossip and rumor. It involves old Barca manager Pep Guardiola, current Barca manager Tito Vilanova, Bayern Munich, the Brazilian club Santos, the Brazilian superstar Neymar, his dad, Johan Cruyff, old friends, political bickering and maneuvering, personal accusations, lines crossed, and grudges held.

Barcelona is a midfielder factory. You know the names: Xavi, Iniesta, Busquets. They make up the winningest midfield-three in modern football. They’re so good, world-class players like Cesc Fabregas are reduced to being substitutes, while others, like Javier Mascherano and Alex Song, are asked to change positions. Thiago is another midfielder on the outside looking in. The Italian-born player, who plays his national football for Spain, is probably the brightest young thing in La Liga right now. He’s had a brilliant summer, scoring three goals in the U-21 European Championship final against Italy back in June.

He’s very good; exactly the kind of player Barcelona excels at developing, the kind it would hate to lose. It hated the idea so much it reportedly put a €90 million buyout clause in his contract. Here’s the problem: There was another buyout clause inserted in Thiago’s deal — this one for a “mere” €18 million — that could be triggered if the 22-year-old did not play a certain amount of matches for Barca.

Out came the wolves, with Manchester United howling the loudest. In fact, as of last week, it looked like a deal was all but done for Thiago to move to the defending Premier League champions.

That’s when Guardiola and the footballing monolith that is Bayern Munich stepped in. Despite having a traffic jam of their own in midfield (Bastian Schweinsteiger, Toni Kroos, Mario Goetze, Luiz Gustavo, etc.), the German and European champions look to have stolen Thiago away from United and Barcelona, in a move that has brought whatever lingering acrimony there was between Guardiola and the club he had once been synonymous with to the surface.

What’s the beef? Here’s what we know.

• Guardiola became the manager of Barcelona in 2008, appointed by then-club president Joan Laporta.

• Together, Guardiola and Laporta overhauled the 2006 Champions League–winning, Ronaldinho-led team, constructing the Messi-Xavi-Iniesta-Busquets side to replace it. That team did OK, too. Guardiola won 14 trophies in his time at Barcelona, taking La Liga three times and winning the Champions League twice.

• In 2012, Guardiola left Barcelona, taking a sabbatical from football and moving to New York to “recharge his batteries.” For the most part, players and fans seemed to understand that Guardiola was simply burned out, but there were still some feelings that the man who built the Barcelona dynasty was leaving the club in the lurch.

• His replacement at Barcelona was Vilanova, his longtime assistant. Vilanova was appointed by new Barcelona president Sandro Rosell. There are rarely amicable handovers in power at Spanish football clubs, and this Laporta-to-Rosell transition was no different.

• Barcelona won La Liga last season, but did so with Vilanova traveling to New York twice to get cancer treatment.

• During this transfer window, Barcelona nabbed the hottest prospect in world football by signing Neymar. You may be familiar with some of his work:

• Recently, a statement was made by Odilio Rodrigues, a vice-president at Neymar’s former Brazilian club Santos, suggested that Guardiola may have tried to scuttle the Neymar-to-Barca transfer by suggesting to someone in Neymar’s camp that Vilanova might be too ill to actually be around to manage him at Barcelona. There was also a suggestion that Guardiola may not have visited, or not spent enough time with Vilanova in New York during the latter’s convalescence.

• Guardiola did not like this. At all. At a press conference this week in Italy, during Bayern’s preseason training, he delivered a withering condemnation of the current Barcelona regime, essentially cutting ties with the club where he studied as a child, won titles as a player, and built a football superpower as a manager. He admitted that he had spoken with Neymar on several occasions. For the most part, those entreaties were on behalf of Barcelona, but he admitted that once he became manager of Bayern, he asked around if Neymar’s deal with Barcelona was still going through.

• Then he said some other stuff:

During this year, I finished up with Barça and I only asked the president one thing: that I would go 6000 kilometers away and that they leave me alone, and they couldn’t do it, they were unable to keep their word. … Using Tito Vilanova’s illness to hurt me, that, that I will never forget. Because I saw Tito Vilanova in New York. And if I didn’t see him more, it’s because it wasn’t possible. But not because of me. And to imply that I don’t want things to go well for a colleague who I worked with for so long and who has helped me so much, that is just in very, very bad taste. I didn’t expect it. From any of them. When I was at Barcelona, and I want everyone to know this, I did the best I knew. The best I could. With all my will. … The only thing that I ask them is this, that they go their way and let me go mine. That they stop using my friendships or my friends to hurt me. And if I want to go to dinner with Johan Cruyff, I’m going to go to dinner with Johan Cruyff. [The Dutch football and Barcelona legend, Cruyff was something of a kingmaker at Barcelona, and was stripped of his honorary president title by Rosell in 2010.] … What the Santos president said is just a little thing. There have been others that there shouldn’t have been, they shouldn’t have started. … And if out of everything that I’ve said, out of everything, there’s something that isn’t true, let them come out and refute it. But they should come out in the open. Not intermediaries from Santos or friends of theirs from Barcelona. They should come out themselves and deny what I’ve said now, and what’s not true about it. Then we can continue talking about it. Until then, well, that, that they spend their time making the team work and enjoying it, and that they leave me alone.

Guardiola hasn’t lit a bunch of people on fire like this since his “He’s the fucking chief”/Jose Mourinho drive-by. It was hard enough to believe that Guardiola would ever leave Barcelona. Even during his sabbatical, I think there were some who thought he might return to the club one day. It’s hard to imagine that now, at least while Barca is run by Rosell. In the meantime, this makes any Bayern-Barca match an even more mouthwatering prospect than it would have been in the first place. Who knows … maybe Thiago will score.

55-Day NFL Warning: That Was Not a Dream, Bears Fans. Brandon Marshall Really Is Here.