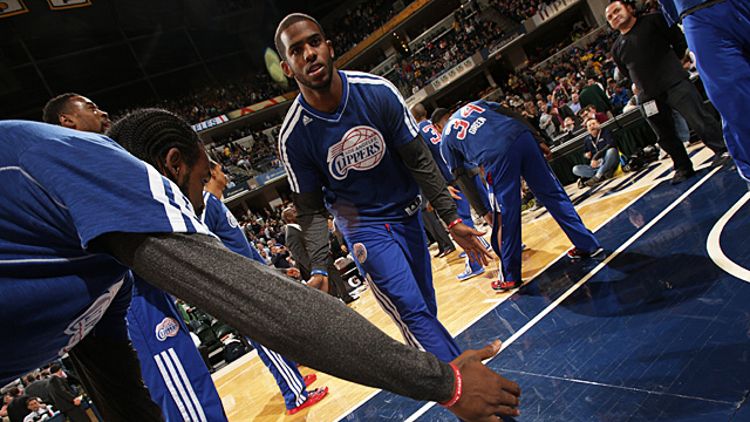 Because it was a light night of action, and it’s a long day of piping-hot unique takes here on the Triangle, I’m not going to weigh you down with a ton of insight. I’m just going to rank players and then attach an appropriate Miami Heat “Harlem Shake” .GIF, because that’s exactly what Thomas Jefferson was thinking about when he said, “Sure, I’ll do it. As long as I get to dress up like Super Mario.”

Chris Paul scored the final eight points for the Clippers in the fourth quarter, snuffing out a furious Pacers comeback in Indianapolis last night. After the game, Pacers coach Frank Vogel — the first NBA coach in space — called him the “best point guard in the universe.”

Like a dude wandering by you, wearing a cowboy hat and listening to a boombox, the Pacers really demand your attention. Without Roy Hibbert (suspended), and still getting Danny Granger acclimated to the team, the Pacers refused to lose against Los Angeles. Until, of course, they lost. Still, the 13-0 fourth-quarter run, led by Paul George (who’s looking more and more elite every time I watch him) was incredibly impressive. After the game, Chris Paul, talking about the Clippers, said, “I think every night we are going into different arenas and the other team knows they are in for a dogfight. I think we’re becoming like a San Antonio or a Miami or any of the other top teams.” Very true. You could also start to say the same thing about the Pacers.

God love Adelman. When asked if there was a point when he gained more trust in Derrick, he said: “Well, Kevin Love’s broken his hand twice.”

5. The Announcer Doing the Guttural Moaning After This Blake Griffin Dunk

Hmmm … I’m going with this one: