Lance, Logos, and Cupcakes: The Reinvention of the Los Angeles Clippers 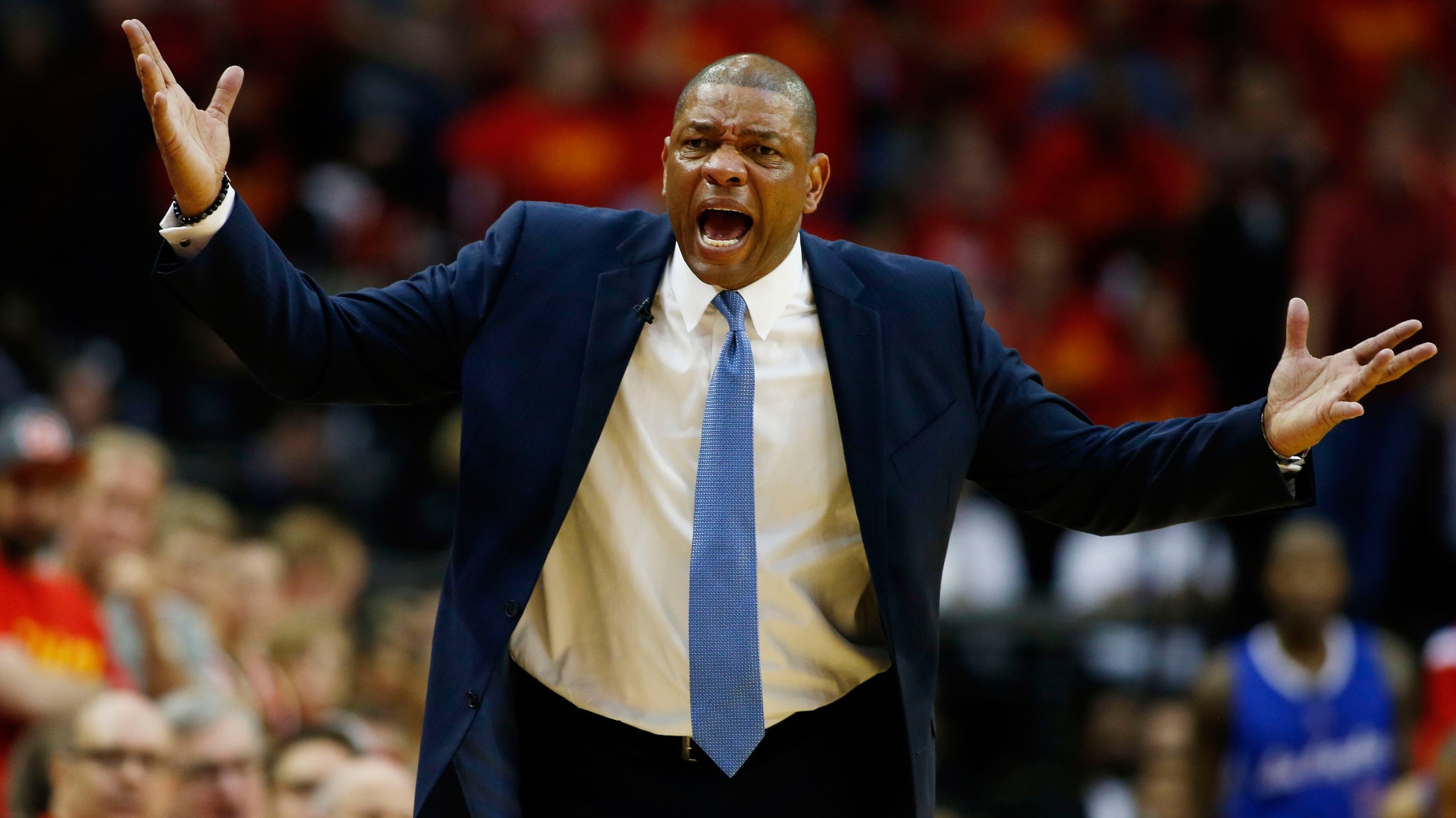 It’s fun to follow the story of the Clippers because Doc Rivers is a very good storyteller. As the franchise tries to finally escape the shadow of its former owner and wash away the taste of its recent playoffs collapse, it is undertaking a massive marketing campaign — essentially relaunching the franchise in the Steve Ballmer era. The Clippers are changing their players, their uniforms, and their logo in an attempt to change the perception of them as a team. In that sense, they have the perfect coach. Rivers is a master communicator and a master motivator. He is radically transparent, especially compared to the one-word Belichick-isms sports fans are usually confronted with. He is a great avatar for the franchise.

Whether they have the perfect front office is another question. The problem with that question is that their president of basketball operations is also Doc Rivers.

Earlier this week, Rivers made the biggest Clippers transaction since the Redick-Bledsoe-Dudley blockbuster that jump-started his tenure with the franchise, dealing Matt Barnes and Spencer Hawes to Charlotte for Lance Stephenson.

Stephenson is the perfect Rivers acquisition: He is tough, from the Eastern Conference, and has something to prove. If it works out, it’s another arrow in Rivers’s quiver. If Stephenson gets into a fistfight with Chris Paul before the All-Star break and is exiled from the team — just to pull a completely hypothetical situation out of thin air — it’s a $9 million mistake that L.A. can wash its hands of after a season. This is not my read on the situation, it’s the gospel of Doc: “Obviously the contract part of it was terrific for us … If Lance works out great, and it is a gamble of sorts, then we have the ability to sign him. If he doesn’t, it’s a one-year deal.”

In the days since it went down, it’s been fascinating to see how Rivers has shaped the narrative about this trade, and about the state of the team in general. Spare parts for a distressed asset is the only kind of deal that the cap-strapped Clippers can do. They had to get, to borrow Rivers’s word, “creative.” It just so happens that the only deal they could do was one they had been considering for quite some time. According to Rivers, the team had “been looking at Lance longer than just this summer.”

When Rivers trades for his son, or signs Jordan Farmar and then cuts him, or signs Hawes and then benches him in the postseason and deals him in the offseason, it’s pretty funny. GM Doc gonna GM Doc.

Here’s more Rivers, from an ESPN article by Arash Markazi:

“Last year was tough even though we knew or thought Steve would be the owner, we didn’t really know and it made it very difficult, especially in recruiting … When other teams are bringing their owner out and talking to players, I came with some flowers and said, ‘He’ll be here, I swear.’ It was a middle of a court case and I heard from several veterans that they didn’t want to take the chance. Now it’s clear. We know who we are and we know who’s running the team.”

So that’s why he brought in Glen Davis and Hedo Turkoglu. Got it. This whole “forget the first year” talk is a note Rivers has been singing for a while. After the Clippers lost to the Rockets, Rivers told USA Today’s Sam Amick, “The first thing I did before I took this job, I looked at the roster and we laughed. I was like, ‘What the (expletive) can we do with this?’ It was more the contracts. But we have to try to do it somehow. I don’t know how yet, but something will work out.”

Doc returned to the “it’s a process” talk earlier this month, telling the Boston Globe, “As tough as it is to swallow, I live with this group and we’ve been together for two years and some would even say one [year] because of last year with all the crap [with previous owner Donald Sterling].”

I wonder if Chris Paul and Blake Griffin know they are part of a rebuilding project. Forget all that Lob City leaping you might have seen over the last two seasons; the Clippers are still learning to walk. As Rivers attempts to reconstruct this roster — deals for Paul Pierce and Wilson Chandler are reportedly being pursued, and everything is still hinging on DeAndre Jordan’s impending free agency — he is making sure we are all aware where we are on the timeline.

This all dovetails quite nicely with the franchise face-lift the Clippers are getting. Just look at the new uniforms. 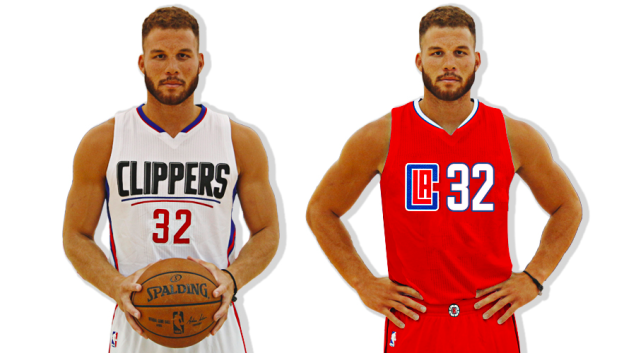 A couple of months ago, Chris Erskine wrote a column in the Los Angeles Times comparing the Clippers to the Cubs. He was talking about the bad luck the team had experienced on the court, but by the looks of the new red away uniforms, he was really onto something.

You’d think the Clippers would be wise enough to not invoke a cursed franchise like the Cubbies, but when you look at the new threads, it kind of makes sense. This is a team that needs a new identity as much as it needs a new bench. The Cubs might be cursed, but they are lovable.

For the last couple of seasons, the Clippers have been the bad guys. Whatever sympathy the players engendered for suffering through the final days of the Sterling era was lost over the past nine months as they developed a reputation for being the biggest group of babies in the league. When you thought of the team, you no longer imagined Jordan diving into the lane for an above-the-rim alley-oop. Instead, Paul was throwing a moody. When the Clippers dropped three straight games in the Western Conference semis, most neutral fans snickered. This wasn’t heartbreak. It was kind of funny.

The salary cap will dictate what the Clippers can do in terms of personnel. But there are no limits on how far they can go to make themselves more liked. The uniforms are a start — a clean break from the Sterling era — and the self-effacing viral video that accompanied their release (and the somewhat lukewarm response) made strides to show the franchise as self-aware and relatable.

Yesterday, Ballmer went to the Sprinkles cupcake shop to hand out new shirts to fans. Rivers made an appearance at Pink’s Hot Dogs.

Pink's is ready Doc and the Clippers. pic.twitter.com/WbYdly04wz

Cupcakes and hot dogs. Welcome to the Clippers’ family barbecue.

Jahlil Okafor vs. Willie Cauley-Stein: Who Is the Shiny New Toy?