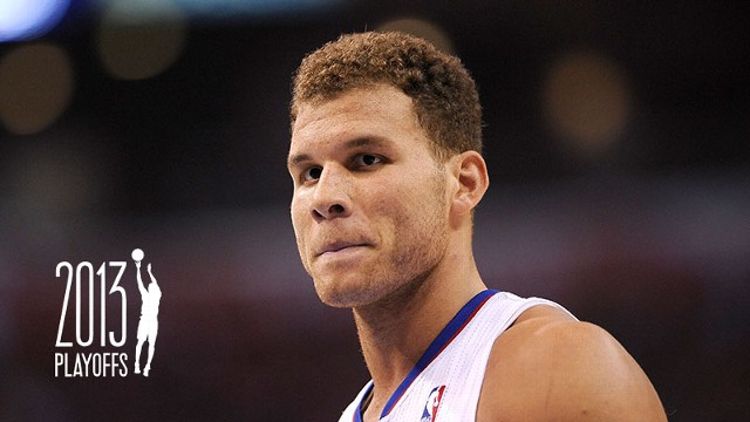 A survey of the players and teams making moves in last night’s L.A.-Memphis game.

I guess when you have someone who plays crunch time in bullet time, it’s not really crunch time, is it? When you have someone capable of scoring eight of your final 10 points, you don’t really have to worry that your half-court offense is entirely reliant on moments of individual brilliance from your stars, rather than finding open looks for players through passing and off-the-ball movement. There’s something magical about the Clippers (and I don’t mean that in the sun-dappled, wheat-field-blowing way … I mean that in the down-market Vegas lounge act way). You watch them, and it just doesn’t make any sense. You could tell me they had the best or worst offensive efficiency in the league (it’s closer to the former), and I’d believe you. But when you have Chris Paul in the fourth quarter, magic goes out the window. It stops making sense. Maybe you don’t want to need him — if the Clippers had done better than 2-of-15 from behind the arc, or hadn’t fouled the Grizzlies back into the game, they might not have required his legendary crunch-time services — but it’s nice to know he’s there, just in case.

The reason I went to the Clippers game was to watch Blake Griffin. I found his Game 1 performance so bizarre that I wanted to see how he followed up his sulking, 10-point, 25-minute, six-foul night in person. I wasn’t the only one with that idea. The Clippers’ pregame warm-up is one of the most entertaining, non-competitive acts in sports right now. The team goes through a layup line, as songs like Drake’s “Started From the Bottom” play, casually taking 18-footers and making layups. Then the air show starts. And every time Griffin comes up, you feel the crowd key in on the All-Star power forward. He doesn’t disappoint; last night, he ended the ritual with an arcing, ceiling-bound lob to himself, a 360 spin, and a two-handed jam. Now we here, indeed. (Chauncey Billups’s contribution to this human highlight reel was a missed 20-footer, by the way.)

The issue with Griffin has never been his role as Lob City’s poster boy. It’s been whether he can develop the other parts of his repertoire, most importantly his post offense. There’s still a lot I don’t like about Griffin with the ball in his hands. He dribbles too much and takes too long to decide whether to attack or pass out to a wing player. When his number gets called, it’s Blake-or-die, because he doesn’t move the ball effectively enough to get another play run. That being said … this:

Last night, we saw just how dominating he can be, if only for one quarter. Playing against his old nemesis and tormentor, Zach Randolph, Griffin started out red hot, scoring 13 points in the first quarter. The fact that Z-Bo’s defense consisted more or less of standing still while trying to lock his forearm around Blake’s midsection certainly helped, but this was peak Blake we were seeing; he was getting to the rim, and when he had space, he was making his midrange jumpers.

Still, even with a 21-point, eight-rebound line, you look at Griffin and think about how Crash Davis described Ebby Calvin LaLoosh in Bull Durham: million-dollar arm, 5-cent head. For a guy with such obvious physical gifts, Blake’s still thinking his way out of games. This isn’t a character trait or a description; it’s a major critique: Great players impose their personalities on the game, as much as their physical gifts. You can see it when he serves a ref with a practiced “Are you kidding me?” face instead of getting back on defense. And when he does get back, he can seem, mentally, stuck on whatever happened on the other end of the court. The same things that make Blake a great salesman — the wry sense of humor, sarcasm, dry but funny demeanor — are kind of getting in the way of him being a great NBA player.

Everyone’s going to write romantic poetry about Chris Paul today (cough, cough), but for most of the game, I thought Paul was only the second-best guard on the court. Mike Conley torched Paul off the dribble, over and over again. I don’t think there’s a faster guard west of John Wall in the league.

What does heat check even mean?

All Eric Bledsoe dunks seem to end with him swinging the lower part of his body up in the air, and they’re all pretty much the best thing you’ll see all week. Watching Bledsoe over the last two games, you totally see why Danny Ainge stopped and thought about dealing Kevin Garnett for him at the trade deadline. You can also see why the Clippers said no.