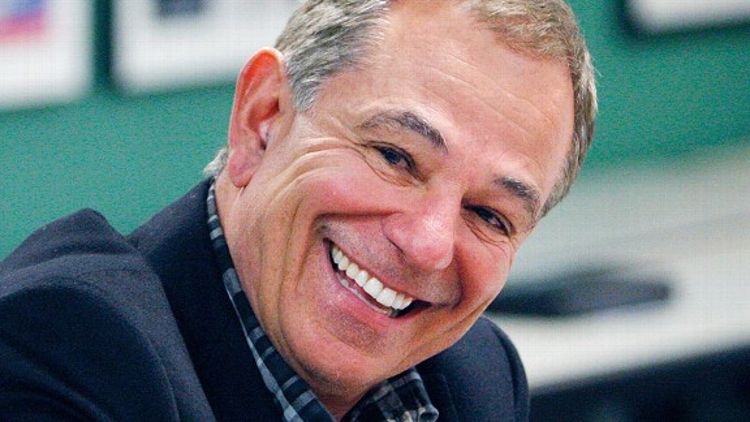 The Boston Red Sox just hired Bobby Valentine to be their new manager. The baseball and non-baseball worlds have reacted with historic levels of snark. None of these criticisms appear to be based on facts.

Let’s start with the idea that Valentine was an underachiever managing the Texas Rangers and New York Mets for a decade and a half. The stat his critics like to use is that only two other managers in baseball history managed more games than Valentine’s 2,189 without winning a division. So let’s look at the two big league clubs he managed, shall we?

If you’re a young Texas Rangers fan basking in the glow of two straight AL pennants, you might not fully realize how bad this team once was. They were horrifically bad. When Valentine took over in Arlington 22 games into the 1985 season, the Rangers were already 14 games under .500; they finished the year 37 games under. That capped a four-year stretch in which Texas averaged 94 losses a year.

The next season, Valentine’s first full year as a major league manager, the Rangers won 87 games, a 25-game year-over-year improvement. In retrospect, the ’86 team may not have been quite that good, playing three games over their expected win-loss record, and benefiting from snapback seasons by several players who’d underachieved the year before. The inevitable regression came down over the next two years, as Texas fell back below .500. In 1989, things started turning for the better. Given a chance to prove themselves, young players like Kevin Brown and Rafael Palmeiro started developing into front-line regulars. Veterans like Nolan Ryan and Julio Franco and up-and-comers like Ruben Sierra added significant value. Over the next three-plus seasons, the Rangers finished above .500 each time, 20 games over all told.

Unfortunately for Valentine and the Rangers, they played in the same division as Tony La Russa’s Oakland A’s, a preposterously loaded powerhouse of a team that won four division titles in five years, played in three straight World Series, and won one. Valentine searched for ways to keep up with the A’s. He embraced the work of Craig Wright, a sharp, insightful analyst in the mold of Bill James who went to work for the Rangers, pushing statistical analysis as a way to gain an edge on the competition while Theo Epstein and Andrew Friedman were still in grade school. But after a while, when a team wins but doesn’t quite win enough, changes will be made. Under Valentine, the Rangers went from terrible to pretty good. Not good enough. Bye-bye Bobby.

Four years later, the Mets hired Valentine as a late-season replacement. This was a terrible time to be a Mets fan. That 1996 season marked six straight losing years in Queens. The glory of the 1986 season had long since flickered away, leaving the team with what looked like a cast of underachieving veterans and green prospects. So what happened next? In 1997, Valentine’s first full season as Mets manager, the team won 88 games, 17 more than it had a year earlier. From ’97 through 2000, the Mets averaged 92 wins a year, capped by a 97-win campaign in ’99 and 94 wins in 2000.

Just one problem: They played in the same division as the Atlanta Braves, a team that won 14 division titles in 15 years, establishing as close to a dynasty as you can possibly get with just one World Series trophy to show for it. The Mets still made the playoffs twice during that span, winning the NL pennant in 2000 and giving us a memorable Subway Series against the Yankees. They came up short that season, and never got that close again. Two years later, he was gone. He’d won just the fourth NL pennant in team history, compiling a 534-467 record and ushering several young players to stardom under his watch. Again, good, but not quite good enough.

After a year away from the game, Valentine went (back) to Japan, where he managed the Chiba Lotte Marines for six seasons. Read Craig Calcaterra’s excellent review of Valentine’s time there. In a nutshell: The guy came in as a distrusted outsider facing impossible scrutiny, chucked traditional Japanese managing techniques out the window in favor of Western strategies, won the team’s first Japan League title in more than three decades, and eventually became so popular that his face was plastered on everything from giant murals to food stuffs. Valentine won, and he won under the kind of conditions that even his old gig in New York and new gig in Boston can’t possibly muster.

Given the circumstances of his past three managing jobs, you could argue that Valentine’s been a (moderate) success. Or if you like, chuck it out the window. This isn’t football, where you can create exotic game plans that can make or break a season. In baseball, players win or lose the games the vast majority of the time. Valentine the fake mustache wearer, Valentine the talking head, Valentine the supposed publicity stunt … these are all media stories that should have nothing to do with the pitching staff’s ability to not completely suck, the way it did two months ago. A manager’s job is to give his players their best chance to win. That’s it.

Valentine comes with a strong personality and outspoken worldview. If his baseball epitaph were written today, it would probably read: “Here lies Bobby Valentine. He once snuck back into the dugout after an ejection, wearing a fake mustache. And he didn’t suffer fools gladly.” Buster Olney reports that several Red Sox players were miffed to learn of Valentine’s hire, whether due to his commentary on Sunday-night games and Baseball Tonight, or for some other reason. Unless Marco Scutaro has specific horror stories to share from his grand total of 27 games played under Valentine, that’s on the players, not the manager. Valentine owes the players a clean slate after the Red Sox suffered the worst September collapse in baseball history. But the players just as surely owe Valentine a chance to do his thing.

Put your best nine on the field, don’t burn out your pitchers, don’t bunt in the first inning, and make sure the players give a crap. That’s what Bobby Valentine’s job should be. The rest is all noise.

MLB’s New CBA Is No Help to Small-Market Clubs
Mike Matheny’s Record Will Be a Product Of Talent, Luck & Definitely Not Mike Matheny
Dan Duquette Has His Hands Full In Baltimore
Here’s Why Jonathan Papelbon Isn’t Worth $50 Million