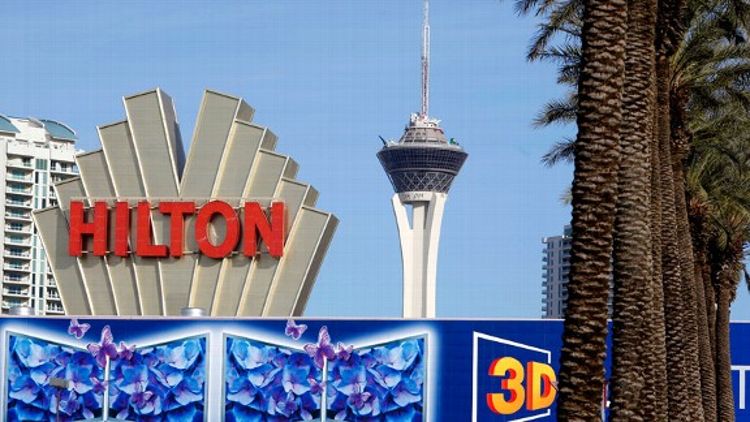 Vegas is simultaneously the most useful and depressing place in America on Thanksgiving. Useful, of course, because the city turns into a hundred different Thanksgiving dinners with no invitations needed. Virtually every elite restaurant on the Strip remains open and cooks a turkey dinner with all the trimmings that blows away the meal your aunt was going to slave over all day. Chances are that your aunt wasn’t preparing pumpkin risotto, foie gras creme brulee, or toasted cinnamon ice cream. If turkey isn’t your favorite, restaurants offered alternate options like bison tenderloin, Australian Kobe beef, and bourbon barrel-aged ham. And if you actually like turkey too much, the city’s many buffets offered Thanksgiving dinner on a loop for ten hours straight. You are now hungry.

If you’re like me, though, you end up spending Thanksgiving night in the sports book at the Stratosphere, watching the 49ers-Ravens game next to a guy with no shoes on shouting “Get his ass!” at Terrell Suggs and points in the general direction of Alex Smith. You recoil in terror as the same guy then clears his throat in some inhuman manner and the snot involuntarily flies out of his mouth onto the floor in front of him. And then you realize that you’re basically spending Thanksgiving in a bus station waiting area with better TVs.

The bus station analogy was the one that kept crossing my mind as I sat through an admittedly exciting Ravens-49ers game. There was no socks guy, who I’ve already introduced you to. There was muttering guy, constantly complaining that the presentation of the game focused too much on the Harbaugh brothers. “Let the games begin!”, he forlornly shouted sometime during the third quarter. Later, in desperate pursuit of the over, he could take no more of the conservative Ravens offense. “Throw the ball for once, Flacco, you fucking jerk.” Constant commentary guy gave instant reactions to anything that popped up on the television. “That’s a good phone.”, he exclaimed in response to an iPhone commercial. “An 80-inch television?” “Why would you want jewelry made of chocolate?” Valid questions all. Another fellow sat in the very corner of the book and drunkenly shouted at the walls in that terrifyingly random way, where you’re left afraid in the aftermath of his yelps that he’s going to turn around and insist that everyone in the room agree with him and make eye contact with you in the process. Virtually everybody in the half-filled book smoked, which was convenient, since there were ashtrays at each seat. Several were dressed in t-shirts and windbreakers from other casinos, the hallmark of a strong locals crowd. They brought in off-brand convenience store cups and poured vodka out of backpacks. If someone had only announced that the bus to Reno was leaving from Track 7, I would’ve sworn that 25 people would have gotten up to leave. And I might have gone with them.

It’s a little unfair to give the Stratosphere book a review under these possibly atypical circumstances, but it wasn’t a pleasant place to watch football. Even though the book is located directly on the casino floor, it was the smokiest book I’ve been in so far in Vegas. Since it was Thanksgiving night in a depressing casino, most of the people who were there clearly (and rightfully) wanted to be anywhere else. I asked the person working behind the betting counter how much drink tickets were and had two thrown at me with a response of “Don’t worry about it.” (Eventually, I found out that a bet of $50 on sports or $20 on races will get you a drink ticket.) No waitress ever came by for me to use the drink ticket, but the nearby bar was open and accepted the tickets. Without tickets, a 12-ounce beer was $5.

The 80 seats in the book (60 sports/20 race, but they’re all the same) are like nice versions of your desk from junior high, since it has a leather seat and two cupholders, but they’re small and each has a wooden armrest that doesn’t move. Oh, and an ashtray. It’s smoky, remember? The room’s best feature is that it has 26 televisions, but even that’s not ideal. The sports section has 12 smallish televisions and one very large square screen that the biggest game of the moment is splashed onto. Go look at your HDTV. Is it square? Right.

On Sundays, the Stratosphere offers a separate NFL-only experience in their showroom, similar to what the Hilton does in their theatre. This tends to be a much more comfortable experience. If you find yourself on the bleak North side of the Strip on a Sunday and need a place to watch football, head to the Strat’s showroom and skip the sportsbook. If that’s not an option, hop in a cab and head somewhere else. And if that’s not an option, well, just make sure you’re wearing shoes.

As for Thanksgiving dinner? After 27 years of turkey on Thanksgiving, I went to a steakhouse and got a steak, thank you very much. Trust me: You don’t miss the turkey.

As a general estimate, losing a starting quarterback will cost a team about three points on the line, depending on how valuable that starting quarterback is. The Texans just lost 3.5 points on the line after their backup quarterback, Matt Leinart, went down with an season-ending injury. What would this number be if Matt Schaub was playing? Houston might be favored by six. Remember, of course, that the Texans still have Arian Foster and an impressive defense to work with.

Most books hate moving lines over the key number of three points, since it instantly invokes a buyback from bettors who bought at a number below three and are hoping to middle around that key number. The Hilton currently lists this figure at 3.5, but other books have bumped up the juice (or vig) for the Buccaneers at three. So at MGM, for example, you would still get the Buccaneers at -3, but it would be at a payout schedule of -130. That’s their way of trying to get you to bet on the Panthers at +3 (with a payout schedule of +110) instead of waiting for the line to move to +3.5.

This line moved each time a Saints player threw a dunk through the uprights on Monday night, and with Detroit definitely losing safety Louis Delmas to injury and possibly losing Ndamukong Suh to suspension, it’s not hard to figure why the number’s moved three full points.

Yes, you’re reading that right: The Patriots opened as 21-point favorites against the hapless Colts. Before the season, when we all thought Peyton Manning would be back by now, the Colts were merely six-point underdogs, which goes to show that making bets on individual games three months in advance is basically a guessing game. On the bright side, if you bet Patriots -6 in July, you can get a 14-point middle with Colts +20 in December!

This is not the biggest spread in NFL history. According to Spreadpedia, which has lines going back through the 1978 season, the 2007 Eagles faced a 24.5-point spread when they went to New England and faced the Patriots during the latter’s 16-0 regular season. It was one of just six games since 1978 that went off with one team favored by 20 points or more. The Eagles actually led that game in the fourth quarter and only lost by three points, meaning that they covered the 24.5-point spread handily. Four of the other five underdogs in these massive mismatches also covered the spread, and in the 25 games since 1978 where one team was favored by more than 17 points, the underdogs are 18-7 against the spread.

If you’re eyeing the Colts moneyline at +1700 (meaning that an outright Colts victory would pay out 17 dollars for every dollar you bet), though, you might want to hold off, since no NFL team has won a game in which they were underdogs of greater than 17 points since that 1978 season. Then again, according to Spreadapedia, that victory saw the Baltimore Colts travel to New England and beat the Patriots by a touchdown in a massive Week 3 upset, one that came after they started their season with losses of 38-0 and 42-0. Could it be fate?