MLB 25-Day Warning: The Inverted Mariners Are Anything But Average 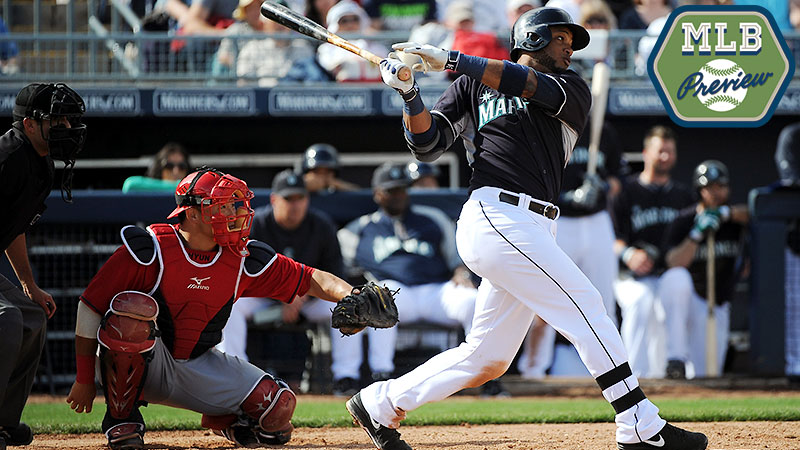 A brief blip of Seattle Mariners news hit the national radar this week when prize offseason acquisition Robinson Cano said his new team could use “an extra bat.” While Cano’s comments aroused a modicum of controversy, needing only one bat actually qualifies as great news by the franchise’s recent offensive standards. One bat away? We’ll take it!

Looking at the team more closely, however, it’s clear that Seattle’s issue isn’t merely one missing bat. Rather, the issue is a concentration of risk at positions where it’s considered relatively easy to acquire talent. Injuries have decimated the middle of the starting rotation, while first base and corner outfield remain the biggest holes to fill on offense. The Mariners could derive sufficient production from some combination of Dustin Ackley, Logan Morrison, Justin Smoak, and Corey Hart, or they could wind up with a morass of replacement-level performers in spots where other teams have stars.

This is disappointing, especially considering current Mariners GM Jack Zduriencik earned a reputation in Milwaukee for his ability to identify and develop what he once dubbed “aircraft carriers”: players capable of being offensive cornerstones for a franchise. Zduriencik got much of the credit for discovering and nurturing Prince Fielder and Ryan Braun, but no one Z has developed during his tenure in Seattle has come close to approximating those players’ net output. The Mariners are hard up for power prospects, and have been since dealing away Asdrubal Cabrera and Shin-Soo Choo in 2006.

This lack of organization-wide offense feels particularly glaring this year, with the Mariners primed to get a great deal of production from what are typically the hardest spots on the roster to fill. New second baseman Cano has been one of baseball’s most productive players the past five years, and while his 10-year contract will likely become an albatross before it concludes, the former Yankee should provide surplus value this year. Even factoring some regression into his past performances as Cano enters his age-31 season, most projection systems rate Cano as a five-win player likely to post a wOBA in the .360 range this year. Cano will be Cano this year, and that will be a very good thing for the Seattle Mariners.

The Mariners should also receive great value from the combination of shortstop Brad Miller and third baseman Kyle Seager. Seager has established himself as a consistent major league contributor after posting consecutive three-WAR seasons. Seager has flown under the radar because of the leaguewide quality depth at third base and his lack of a truly elite tool, but his ability to post a consistent .260/.325/.418 line (his three-year MLB average) and a wOBA in the .320-.340 range while playing plus defense at a premium position makes him a borderline All-Star. Additionally, this is Seager’s age-26 season; he’s averaged 21 home runs the past two years, but if he’s going to add more power to his repertoire, this would likely be the season. Miller’s offensive skill set is similar to Seager’s, but Miller’s ability to produce those numbers from the shortstop position makes him potentially more valuable. A second-round pick out of Clemson, Miller pushed former top prospect Nick Franklin onto the trade block with his performance over a half season last year. If Miller were to merely replicate his performance over 162 games, he could prove to be the best offensive homegrown player the Mariners have developed since Alex Rodriguez. Seriously.

Currently, ZiPS projects the Mariners to produce about 12 WAR from Smoak, Cano, Miller, and Seager. Squint hard enough (and perhaps replace Smoak with either Cano’s desired additional bat or the best among the trio of Ackley, Morrison, and Hart), and you have an infield that suffers by comparison only to the likes of the units in Baltimore and Texas. Look at the top of the rotation, and Felix Hernandez is standing there, being awesome. Seattle has too much downside risk to be a preseason contender. But while this team might project to be average, it’s taking anything but an average route to get there.

“They’re trying. It’s not like they’re not trying,” D’Antoni said, protective of his players to the end.