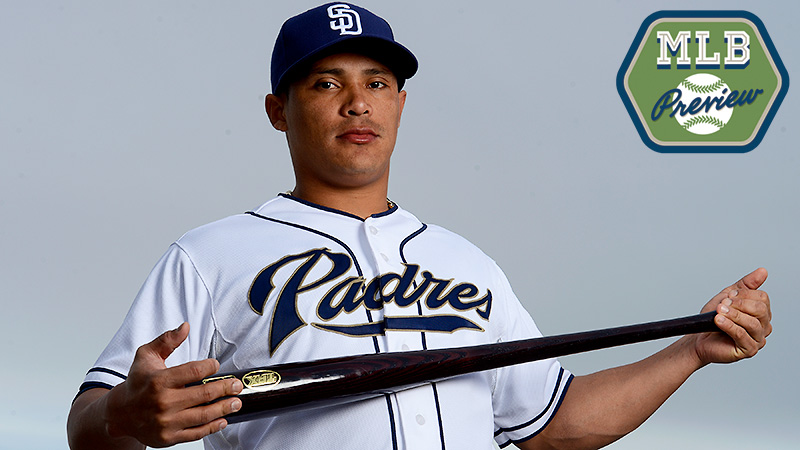 The purpose of this MLB Warning series is twofold: We want to get everyone amped for the season, but we also want to shed some national light on teams and players and stories that tend to fly under the radar. While every fan has his or her own little circle of intense focus, interesting stories are almost everywhere.

In certain cities, though, those stories are pretty hard to find. After all, some team has to be the game’s least interesting.

It’s never going to be one of baseball’s four flagship franchises. I’m as sick of hearing about the Cardinals, Yankees, Red Sox, and Dodgers as you are, but those teams will always be nationally relevant because of the name on the front of the jersey. And while it’s possible to be both good and boring at the same time — I know this because I’ve seen the New Jersey Devils play hockey — we can cross the Rangers, A’s, Braves, Nationals, Tigers, and Rays off the list, as well. The playoffs are inherently interesting, and those are playoff teams. Similarly, the Indians, Reds, Pirates, and Royals combine exciting players with optimistic outlooks.

Houston and Miami are on the other end of the spectrum. But while the Astros might be unwatchable, they’re in the middle of a rebuild that’s academically interesting. The Marlins, meanwhile, combine two of the most individually compelling players in the game (Jose Fernandez and the Mighty Giancarlo Stanton) with a dystopian organizational history that tells us what a baseball team would look like if it were run by the Hutts.

The Mets, Phillies, Blue Jays, and Angels are big-market teams that probably won’t be that much fun to watch this year, Mike Trout notwithstanding, and while averting one’s eyes from an expensive tire fire is a perfectly natural instinct, we know that opulent ugliness appeals to some people, because Lars von Trier keeps making movies.

That leaves 10 teams in the “possibly uninteresting” camp.

The Giants and Orioles are fringe contenders at best, but both teams are full of outstanding and weird players. The Diamondbacks at least have an identity, and for fans of aggressive grittiness, that’s a good thing. Seattle? Felix Hernandez and Hisashi Iwakuma make an outstanding one-two punch, and Jack Zduriencik is giving off the distinct odor of “Nicolae Ceausescu, 1989.” Regime change isn’t always pretty, but it’s almost always intriguing.

The trickiest teams to place are the Cubs and Twins. Neither major league roster is in good shape this season, but both organizations are set to unleash a torrent of highly rated young players — Javier Baez, Byron Buxton, Miguel Sano, Kris Bryant, and so on — in the next 18 months, which means that while they might not be interesting now, they will be soon. You could also argue that the Cubs belong in the “flagship franchise” group, and I’m sure some people will, because the stadium is old and the Cubs haven’t been to a World Series since World War II.

The Colorado Rockies have a pretty boring on-field product despite the presence of Troy Tulowitzki and Carlos Gonzalez, but no team that plays in Coors Field will ever be truly boring. Very close, but not quite. Also just missing the cut: the Milwaukee Brewers. From 2008 to 2011, owner Mark Attanasio broke the bank to take his shot at the World Series, and put together some outstanding teams. But now Zack Greinke, Prince Fielder, Corey Hart, and CC Sabathia are gone and the farm system is barren. The uniforms are boring, the stadium is very cool but kind of dark, and the locals stop caring about baseball when the Packers start training camp. The only thing keeping Milwaukee from the bottom of the list is a collection of four players: Jonathan Lucroy, ace pitch framer and one of the best-hitting catchers in the game; Jean Segura, the wildly unpredictable shortstop; Carlos Gomez, who’s suddenly an MVP-caliber player; and Ryan Braun, whose PED history might not be flattering, but certainly isn’t boring.

That leaves the White Sox, whom I forgot about when I was listing all 30 teams from memory, which probably says something, and the Padres. In any other year, the Padres would be the least interesting team in the game. They’re perennial also-rans in a division dominated lately by the Dodgers and Giants. They play in a big market, but don’t spend like it. They have no marquee players. Their farm system isn’t as ballyhooed as Minnesota’s or Chicago’s. And their uniforms have achieved the difficult double accomplishment of being both boring and ugly. Insofar as they have an identity, the Padres are best known for being a popular one-year destination for pitchers looking to rebuild their value so they can go get a bigger contract elsewhere. There’s nothing particularly remarkable about this team.

Except that the Padres might be really good this year. A look at their depth chart reveals no stars, but no real weaknesses, either: They’ve got one of the best young catchers in the game in Yasmani Grandal, an on-base machine at third base in Chase Headley, a shortstop capable of stealing 50 bases in Everth Cabrera, and a homer-happy second baseman in Jedd Gyorko. It’s easy to see new pitchers Josh Johnson and Ian Kennedy putting together full seasons and looking good thanks to an outfield that’s (1) enormous and (2) inhabited by Cameron Maybin (or will be once Maybin’s torn biceps tendon heals). In a very top-heavy National League, the Padres are in a better position to snag a wild-card spot now than at any point in the recent past.

It could all still go terribly wrong in San Diego. But at least it won’t be uninteresting.

Cupcakes and Dog Days and the Rise of Gerald Green