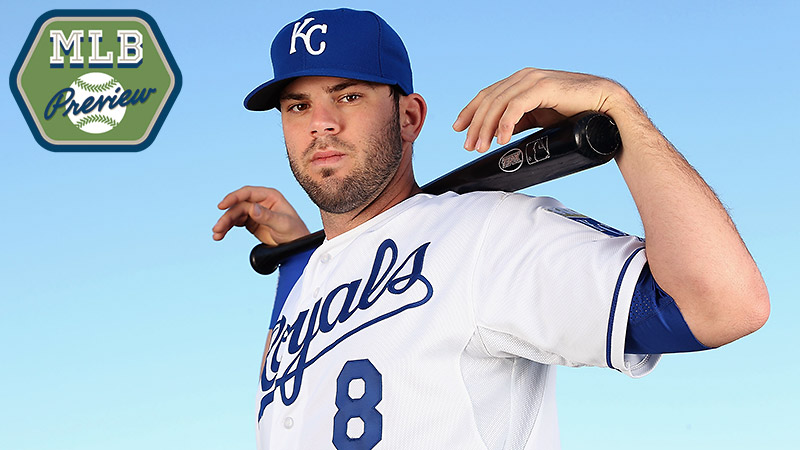 While getting huge seasons from Eric Hosmer, James Shields, Alex Gordon, Greg Holland, and Salvador Perez is a prerequisite for a 2014 playoff run in Kansas City, lost-at-sea third baseman Mike Moustakas might actually be the Royals’ biggest X factor. The 25-year-old has saved his share of runs with the glove, but his stalled progress with the bat has held back K.C.’s offense. As fellow homegrown talents like Hosmer and Perez have gradually risen to (though not yet exceeded) the level of expectations, Moose suffered a staggering regression in 2013 following a promising 2012. Given GM Dayton Moore’s historical bungling of can’t-miss draft picks — think Gordon yo-yoing between the Show and Omaha in 2009 and not fully emerging as a star until 2011 — it may be up to Moose to pull himself out.

But give Moustakas this: He’s trying! Checking his ego at U.S. Customs, he spent 17 games with Cardenales de Lara in Venezuela’s winter league. “Improved attitude” seems like a mandatory phrase in every Moustakas write-up from spring training, where he’s become the Crash Davis of the Cactus League. Last summer’s Royals broadcasts consistently featured long shots of temporary hitting coach George Brett rhapsodizing to a rapt, extremely focused Moustakas. To be completely fair, Brett could have been talking about shitting his pants at yet another luxury casino. But Moose was listening.

I’m totally aware it’s unfair to put this on Moustakas, but his failure to launch has cast light on a deeper pattern running through the kinda-clueless Moore era. Just ask Jonah Keri. A small-market team needs a nearly flawless seven or eight years of personnel moves before being able to field a contender, and though the Royals were on the brink of reaching that point last season, they’ve muffed more than a few balls along the way, unnecessarily stunting the growth of once-promising players like Johnny Giavotella and trading away the franchise’s best prospect during the vital rebuild. Wil Myers will haunt my dreams forever, and if Shields walks at the end of this season, all I’ll be able to think about is the plangent sound of a window crashing closed. (Which, in my head, sounds a lot like the thundercrack of Byron Buxton’s bat.) That there’s a larger pattern doesn’t change the reality that Moustakas, a former no. 2 overall draft pick who once ranked as high as no. 9 in Baseball America’s prospect guide, has yet to live up to the hype. It just means he’s not the only person to blame.

This year, the Royals have hedged their bets by acquiring utility infielder Danny Valencia to press Moose at third. If Moustakas can turn it around like he wants to, however, it’s going to be a fun summer in Kansas City. He seemed to turn it around following Brett’s maybe-too-short stint as hitting coach, posting OPSs of .831 and .735 last July and August, respectively, before sliding again in September. Even the most pessimistic Royals fan has to feel that Moose has it in him.

Can improved attitude hit left-handed pitching? Will the fans, clutching Boulevards in the stands, hail Moustakas with extended MOOOOOOOOOOOOOOSEs all season long? Will this be the year that your savvy late-round Moustakas fantasy stash pays off? Will the Moustakas craze raise such a citywide fever pitch that Rudy’s Taqueria will start serving tacos with moose meat in them?

Recent history may not make it seem likely, but why the hell not?

NO JUSTICE NO PEACE, TAKE TO THE STREETS, BRING BACK STEVE SMITH