Turn Off the Hot Stove: What the Last-Minute Craig Kimbrel Deal Means for the Padres and Braves 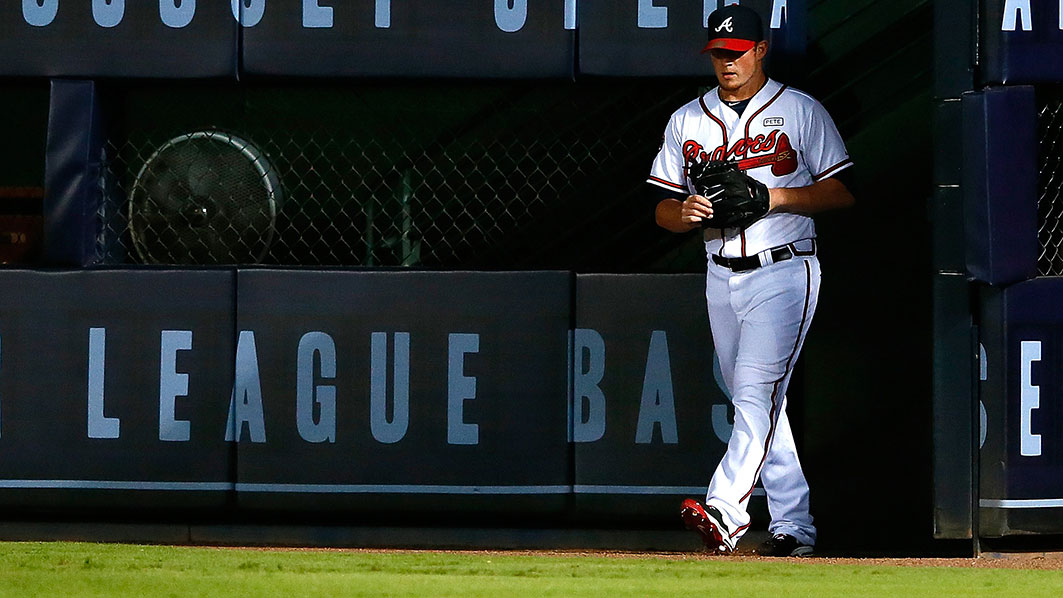 We should’ve known. After one of the wildest hot stove sprees of all time, the San Diego Padres put an exclamation point on the past few months of wheeling and dealing by acquiring all-world closer Craig Kimbrel just minutes before the first game of the season got under way. Since the 2015 offseason technically wasn’t over, can we really be surprised A.J. Preller made one last move?

Let’s take a quick look at what the deal means for both sides.

By bringing in Kimbrel, San Diego fortifies its bullpen with arguably baseball’s best closer. In 289 career innings over four-plus seasons, Kimbrel has struck out an incredible 476 batters and allowed just 153 hits and 12 home runs for a 1.43 ERA. At 26, he’s right in his prime but is owed only a reasonable $33 million over the next three seasons, with a $13 million club option for 2018.

According to FanGraphs projections, the trade bumps the Padres up from 83 to 84 wins, but that might be underestimating Kimbrel’s impact. His addition pushes highly effective right-hander Joaquin Benoit into a setup role, where he’ll pair with 26-year-old Kevin Quackenbush, who’s coming off a fine rookie season in which he fanned 56 batters and allowed just 14 unintentional walks and two home runs in 54.1 innings. Like Kansas City’s three-headed bullpen monster did last year, this trio has the potential to take the pressure off its starters by turning games into six-inning affairs. Given the major injury risk baked in with starters Andrew Cashner and Brandon Morrow, asking less of them bodes well for the future. In sum, San Diego will be hoping that Kimbrel’s effect is threefold: (1) upgrading the closer position, (2) cushioning against bullpen burnout, and (3) improving health among the rotation.

As for Upton, he was a throw-in and his on-field effect should be minimal to nonexistent. The 30-year-old could slightly improve San Diego’s weak outfield defense and provide some late-inning speed on the basepaths, but the now-departed Maybin could’ve provided as much for way less than Upton’s $46 million price tag. It remains to be seen whether all of that money keeps Preller from spending in the future, but the past few months suggest the club’s not too concerned with a bloated payroll.

Overall, the deal doesn’t address any of San Diego’s biggest weaknesses: the excessive right-handedness of the lineup, that suspect outfield defense, and the general uselessness of the infield. Then again, the team’s heavy right-handed focus is designed to exploit the rest of the league’s dearth of power from that side of the plate, while the hope is that the additions of Justin Upton, Matt Kemp, and Derek Norris will bring enough offense to offset any of the existing defensive question marks. And at this point, if the infield continues to pose a problem well into the season, is there any reason to believe that Preller won’t just make another deal?

In terms of their 2015 outlook, the Braves took a small step back, but it’s part of an aggressive rebuilding plan that Atlanta hopes will lead to some giant steps forward in the future. Essentially, the Braves just want to add as much young talent as possible, and that’s exactly what they did in the Kimbrel deal.

The gem of the trade is Wisler, who was named the best prospect in the Padres system by Baseball America. Although the right-hander posted a 5.01 ERA last season in Triple-A, he did so while playing for El Paso in the murder-on-pitchers Pacific Coast League. Wisler is 22 years old, can dial his fastball into the mid-90s, throws a better-than-average slider, and profiles as a future mid-rotation starter. Atlanta’s stockpile of quality pitching prospects, which was already one of the deepest in the game, just got even deeper.

In addition to bringing in Wisler, they rid themselves of one of the biggest albatross contracts in baseball. When they shopped Kimbrel around, the club insisted that any trade partner also take on Upton’s contract, and according to the New York Post’s Joel Sherman, the Padres were the only team willing to do so. By finding a taker, Atlanta actively makes itself worse this season — and probably future seasons — which means it’ll collect some very high first-round picks in the next couple of years as it loses a bunch of games. The other pieces of the trade could pay off, too: Quentin might be decent trade bait for a smaller deal, and while Paroubeck isn’t the same level of prospect as Wisler, the 20-year-old switch-hitting outfielder carries a bit of pedigree after being drafted in 2013’s second round — although with just 34 games at rookie-league ball under his belt, it’s still too early to get excited about his future.

Since it’s Opening Day, with all but one franchise still undefeated — sorry, Cubbies — no fan base deserves to have its hope deflated before the first full day of the season comes to a close. Thankfully, neither San Diego nor Atlanta fans should feel aggrieved by this deal. While the Braves lose their best pitcher, the rebuilding club acquired a valuable draft pick and at least one promising youngster. And although the Padres lose their top prospect and gain one massive bogey contract, the team wants to win now, and Kimbrel most definitely helps with that. Neither side’s a loser, and on a day like today, that’s how it should be.