It Must Be June: The Pirates Are Good Again 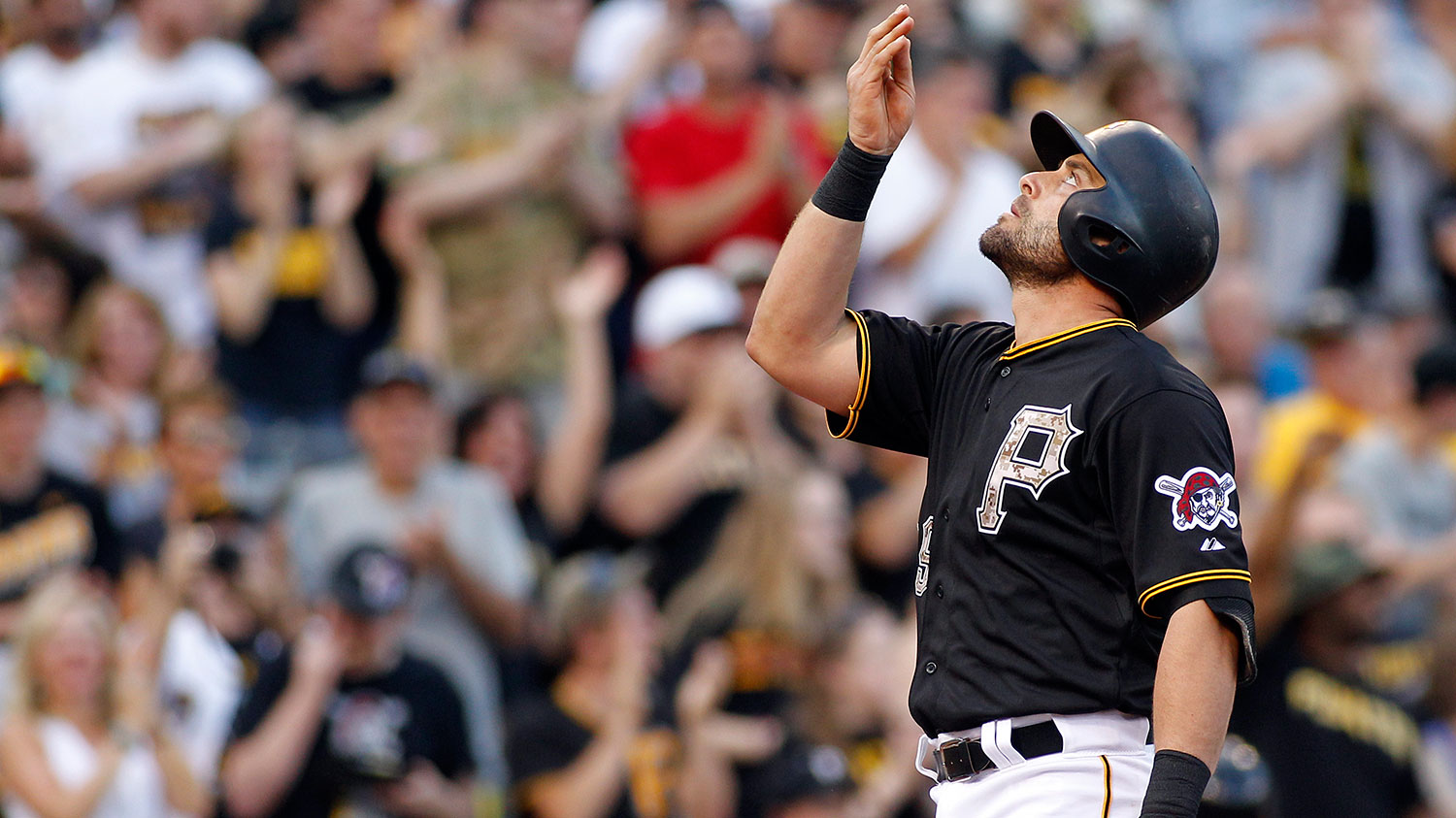 If you’re a Pirates fan, here’s some advice: Avoid the first two months of every season. Immerse yourself in spring cleaning. Catch up on Archer reruns. Whatever it is, just find something that’ll keep you away from PNC Park until May 21.

On May 20, 2014, the Pirates dropped to 18-26. Over the next 118 games, they went 70-48 and stormed into the playoffs. On the same date a year later, Pittsburgh lost a 13-inning game to the Twins. They fell to 18-22, and things simply weren’t great: Manager Clint Hurdle held a closed-door meeting with Starling Marte earlier in the day over the left fielder’s lack of effort, and after the game, Hurdle blamed the loss on himself. Since then, the Pirates have gone 10-2, vaulting back into contention and looking like a serious threat to return to the playoffs.

Trying to explain the May 21 phenomenon would be futile: All kinds of screwy things can happen in one quarter of a baseball season, and who are we to try to discern which cosmic force decided that the suffering of Pirates fans would end the day after Busta Rhymes’s birthday? But when it comes to the Bucs’ ability to shake off slow starts, we know what’s the scenario: They’ve built a deep, balanced, dangerous team, with the kind of roster quality that belies one of the lowest payrolls in baseball.1

Despite the symmetry of the recoveries, this year’s team doesn’t quite resemble last year’s. The most recognizable faces — Marte, Andrew McCutchen, Gerrit Cole — remain and continue to both produce and develop as hoped, but the guys a step below the mainstays have changed. Catcher Russell Martin bolted to Toronto when the Blue Jays dangled a five-year, $82 million contract that the Pirates were never going to match. Edinson Volquez (13-7 with a 3.04 ERA in 192.2 innings pitched, albeit with so-so peripheral numbers) and a handful of lesser-name, useful contributors left in the offseason too.

Still, this was a familiar situation for Pittsburgh: While their rivals shot the moon for premium talent, the Bucs pieced together a solution through far more modest means. The newly arrived budget brigade is thriving, and thanks to their contributions, the Pirates are too.

Bringing in Francisco Cervelli to be the team’s starting catcher seemed, in a word, loopy. Cervelli had put up solid numbers with the Yankees — .269/.377/.500 in 2013 and .301/.370/.432 in 2014 — but those came over a combined 66 games. Cervelli had always been a backup, and he couldn’t even stay on the active roster in that limited role. Over the years, he’d been felled by a broken hand, a major hamstring injury, a lingering concussion, and a 50-game suspension for PED use.

Compared to Martin, the .400 OBP guy widely regarded as a master handler of pitching staffs and a shrewd pitch framer, Cervelli looked like a piker. That projected downgrade alone was enough to make you wonder if the Pirates — who piled up two decades’ worth of losing seasons before cracking the postseason two years in a row — might return to also-ran status in 2015.

Although Martin’s playing like an All-Star in Toronto, making his enormous contract look great two months in, Cervelli has emerged as one of the NL’s most pleasant surprises, batting .316/.388/.397 while starting 38 of the team’s first 52 games. Plus, he’s turned into a strong asset behind the plate, leading the majors this season in runs saved via pitch framing.2 It’s too early to declare Cervelli the fourth Molina brother. But a solid two-way catcher for less than $1 million is a monumental steal.

The Prodigal Son of a Gun

Prior to 2015, we last saw A.J. Burnett in a Pirates uniform when he was cussing out his bosses for deploying aggressive defensive shifts behind him. After an unspectacular one-year dalliance across the state with the Phillies — he logged 213.2 innings and posted a 4.14 FIP but pitched through a sports hernia for most of the season — Burnett’s back in black and gold on a one-year, $8.5 million deal.

That contract already looks like a huge steal. Burnett’s sitting on a career-best ERA (2.20 after Tuesday’s rough start, still sixth in the NL) and similarly stingy FIP (2.85, sixth in the NL), combining his lowest walk rate in nine years with the fifth-highest ground-ball rate in the National League to exceptional effect. He’s made frequent use of his worm-burning sinker, and he’s no longer kvetching about shifts: Among NL clubs, only the suddenly shift-friendly Rockies have saved more runs via shifting than the Pirates. With that defense, the wizardry of pitching coach Ray Searage, and the Pirates’ impressive combination of scouts and number crunchers all behind him, the now-healthy 38-year-old castoff looks like a fringe Cy Young candidate.

Despite his peak-A-Rod numbers in the Korean Baseball Organization in 2014 — a .356 batting average, with a .459 OBP and 40 homers — 28-year-old Jung-ho Kang was snagged by the Pirates for just $11 million over four years, making him the first position player to jump straight from the KBO to MLB. Most teams weren’t buying Kang’s potential, and up until recently, the Pirates didn’t necessarily seem to be, either.

Incumbent shortstop Jordy Mercer held on to the starting job into early May. But when the 28-year-old Kang raked in a part-time role and Mercer failed to hit better than a pitcher, Hurdle finally moved the newcomer into the starting lineup, where he’s been for 22 of the team’s past 28 games. Kang has rewarded his manager’s leap of faith, batting .281/.352/.421 for the year, and .295/.364/.448 as a starter. If anything, the slash line understates his value to the team. Kang is tied with Cervelli for second in the club in Wins Above Replacement. Among position players, only Andrew McCutchen has been more valuable to the Pirates’ cause.

Now, even the shrewdest low-budget teams need star-caliber performances from a few players to make their low-cost finds more relevant. McCutchen has provided that kind of contribution, shaking off a slow start and putting up Ted Williams–level numbers in his past 25 games. Meanwhile, Gerrit Cole has gone from the young guy you bring along in the middle of your rotation to the bona fide ace you build your staff around, flashing a 1.90 ERA and 5-to-1 strikeout-to-walk rate. If you’re a National League starter not named Max Scherzer, you haven’t pitched better than Cole in 2015.

Yet the Pirates wouldn’t be back in the race if not for their value-driven Hot Stove shopping spree: Add in Burnett’s WAR, and the trio has already been worth four wins. With the career-long backup turned catching mainstay, the 38-year-old finding health and peace in a familiar place, and the Korean shortstop blazing a trail for his countrymates, the Buccos’ offseason was a master class in bargain hunting. If they ever figure things out before May 21, look out.

'The Jonah Keri Podcast': Kiley McDaniel on the MLB Draft and Michael Silverman on the Red Sox