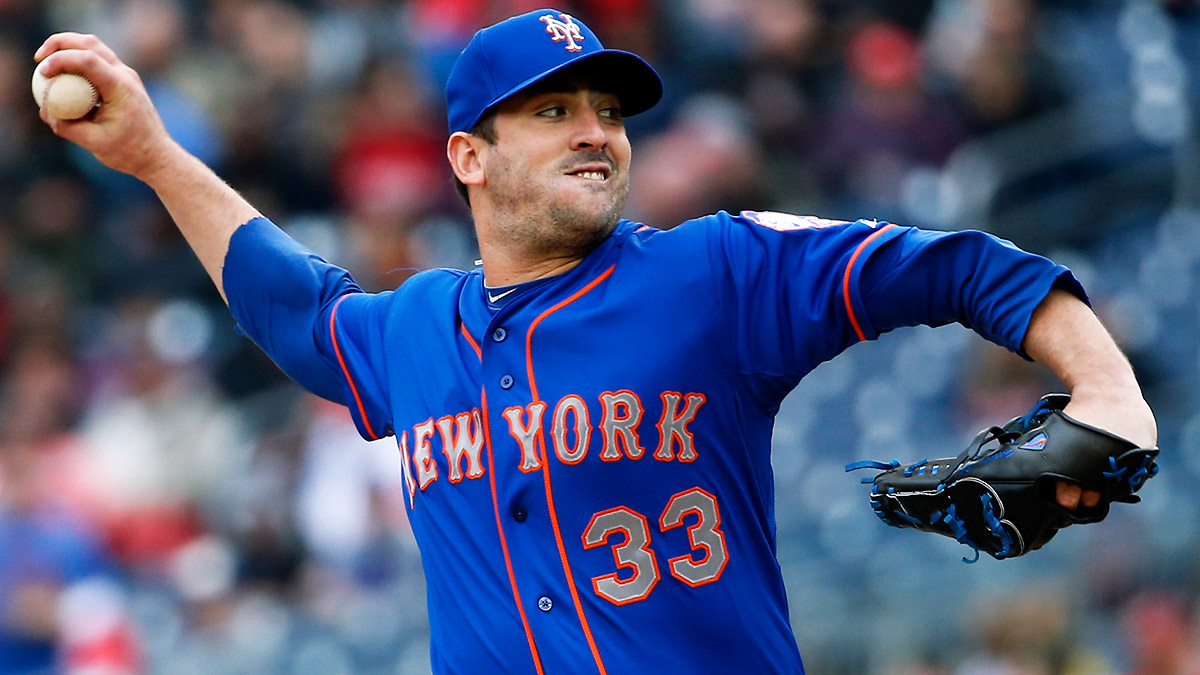 Matt Harvey’s Tommy John surgery was so long ago, and his return so wildly anticipated, that it almost feels like he’s been back for a while now. But he hasn’t, and in a post-Jeterian New York sports landscape, Harvey’s first start since August 24, 2013, elevated an April getaway day game to an event that captured the national imagination.

Even the involvement of Stephen Strasburg, Bryce Harper, and the rest of the World Series favorite Washington Nationals couldn’t take the spotlight off Harvey, who earned the win Thursday thanks to six scoreless innings in which he allowed just four hits while striking out nine.

Harvey was as dominant as any Mets fan could reasonably hope for him to be, but neither that nor any other single factor makes Harvey this compelling. He’s the save-the-world plan from The Core, anthropomorphized: Set off several small nuclear bombs in a certain pattern and you can breathe new life into a planet. It’s partially that Harvey, unlike so many young baseball stars, hasn’t surrendered his humanity in the pursuit of sport; he sees no reason to pretend not to enjoy being young, handsome, and famous all at once. It’s also that he is elevated by the obnoxious bicoastal American creation myth, in which all life originated on Manhattan Island, and God’s chosen people either remain there or migrate to Los Angeles, leaving what’s between as a wasteland not worth considering. And Harvey is one shining beacon of goodness in a Mets culture with massive reach that’s been corroded to its soul by forces so insidious that losing consistently doesn’t make the franchise’s list of most concerning issues.

But beyond the media microscope and the Ten Plagues of Wilpon, it remains that in 2012 and 2013, Harvey achieved a level of success that was shocking on its own, multiplied by its immediacy and its unexpected arrival. Harvey was a first-rounder, but he was also a cold-weather pitcher who would likely as not end up in the bullpen. There was no multiyear hype buildup surrounding him the way there was with Strasburg or currently is with Carlos Rodon. Harvey just appeared one day, like Aphrodite rising from the sea: perfect, fully formed, and stark naked.

So when he missed last season to get his bionic arm, it was sad, just as it was when Jose Fernandez and Yu Darvish followed.

But seeing Harvey back on the mound Thursday, in regular-season trim, throwing in anger, we all realized what we’d really been missing: the distinctive face and confident eyes of a man forged by the tripartite douchebro fires of Connecticut, the University of North Carolina, and New York City; the uprightness of his delivery, with no sense of having to wind the mechanism on the ballista like there is with Strasburg, but rather a tower of muscles punching the ball toward the plate, at 97 mph, with arm-side run. And what run — there’s throwing hard, and then there’s the kind of fastball Harvey delivers, a two-stage rocket that fools observers into thinking a pitched ball can rise or pick up speed as it flies.

Harvey’s win was helped along by Strasburg being blooped to death by his opponents and betrayed by his defense as cruelly as Max Scherzer was on Monday, and, in a way, the numbers could speak for themselves: those six shutout innings, with those nine strikeouts against just five combined hits and walks, and 15 of 91 pitches resulting in a swing and a miss.

But capping it there would expose us to accusations of being joyless empiricists, and, what’s more, the numbers alone leave something out.

That something came when Harvey faced his first batter, staring down an overmatched Michael Taylor on a 1-2 count. Harvey chose a weapon, exhaled, and almost smirked while delivering the pitch, a soft curveball that scooted toward the plate, then pulled out the flaps, seemingly nosing up before drifting down toward the ground. It was a Lucy-pulls-the-football-back-at-the-last-second curve, and Taylor was already most of the way through his swing by the time the ball crossed the plate.

That swing was the kind of failure that sticks in a man’s mind. That curveball is Harvey’s third-best pitch.