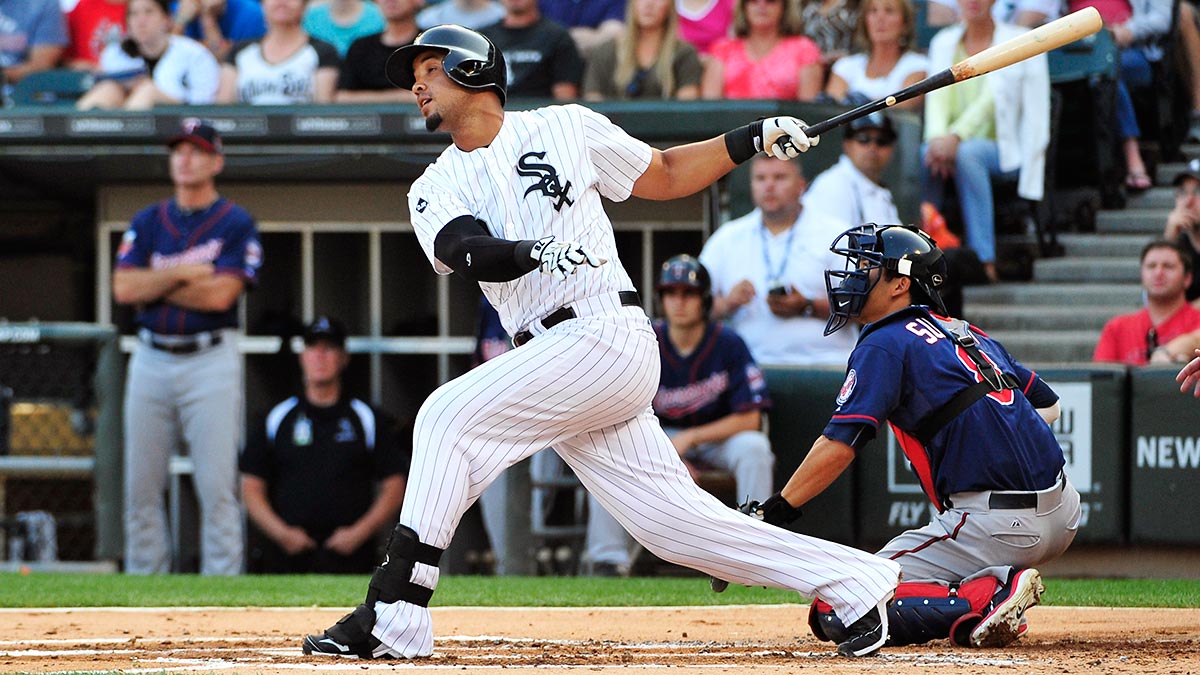 Rather than wait until November to provide the next round of big free-agent news, the Red Sox made a splash over the weekend, signing 27-year-old outfielder Rusney Castillo to a seven-year, $72.5 million contract, the biggest deal ever awarded to a Cuban free agent. While that’s a lot of money for a relatively unknown commodity, and more money than presumptive AL Rookie of the Year Jose Abreu got from the White Sox this past offseason, it might also be the last relative steal from that country.

And that got me thinking back to Abreu’s deal and other offseason signings. In that spirit, and with five months of games now providing a considerable lens through which to view winter spending, let’s reevaluate three of the most notable free-agent acquisitions, take stock of how they’ve fared, and deduce what lessons they can provide.

Jose Abreu and the Last of the Cuban Bargains

We’ve seen a fair number of Cuban players fail over the years — just ask the Royals about Noel Arguelles. Yet no matter how much empirical data exists, we humans have a tendency to buckle under the weight of confirmation bias1 and recency bias.2 Yasiel Puig’s meteoric rise from little-known Cuban prospect for whom the Dodgers reportedly outbid all other teams by $20 million to $30 million (depending on whom you believe) to one of the best players on the planet increased clubs’ interest in finding the next Puig for their own rosters. Abreu developing into an MVP candidate and arguably the best power hitter in the American League all but guaranteed that the Cuban market would explode.

Looking for the next Puig or Abreu might mean falling victim to the aforementioned biases, but it might also be the right move. When I wrote about Abreu in early 2012, he was a stats machine cloaked in mystery, a behemoth putting up Bondsian numbers but doing so against weak competition. Many teams did their due diligence in scouting Abreu, breaking down every facet of his game and resisting the urge to dismiss him out of hand for facing a legion of belly-itchers. Still, the White Sox getting Abreu on a six-year, $68 million deal and thereby instantly arming themselves with a franchise player for about half of what Mike Hampton got3 to pitch terribly for the Rockies 13-plus years ago suggests that at least a speck of doubt must have crossed through many general managers’ minds.

Castillo getting slightly more money than Abreu indicates that some of those doubts may be dissipating, but also that some still remain. Given the impact Puig, Abreu, and others have made at the major league level, few would have been surprised if the market had overcorrected, leading to an eye-popping figure for Castillo even though he brings as many or more questions than Abreu did. According to Baseball Prospectus alum Clay Davenport’s Davenport Translations, which are designed to help project how players outside of the majors (in the minors, or Cuba, or Japan) might perform in the big leagues, Abreu projected as a star hitter based on his numbers; translating Castillo’s stats yields a much poorer result of just .220/.247/.362, and that’s based on his best season in Cuba. As Ben Lindbergh discussed in the piece I linked to earlier, however, scouts believe that Castillo’s weight gain should lead to more power, and thus better results. Regardless, the point holds: Abreu’s impact means that a lesser player got more money, but still possibly less than that player will ultimately deserve.

Robinson Cano and the ‘Got Money? Spend Money!’ Path 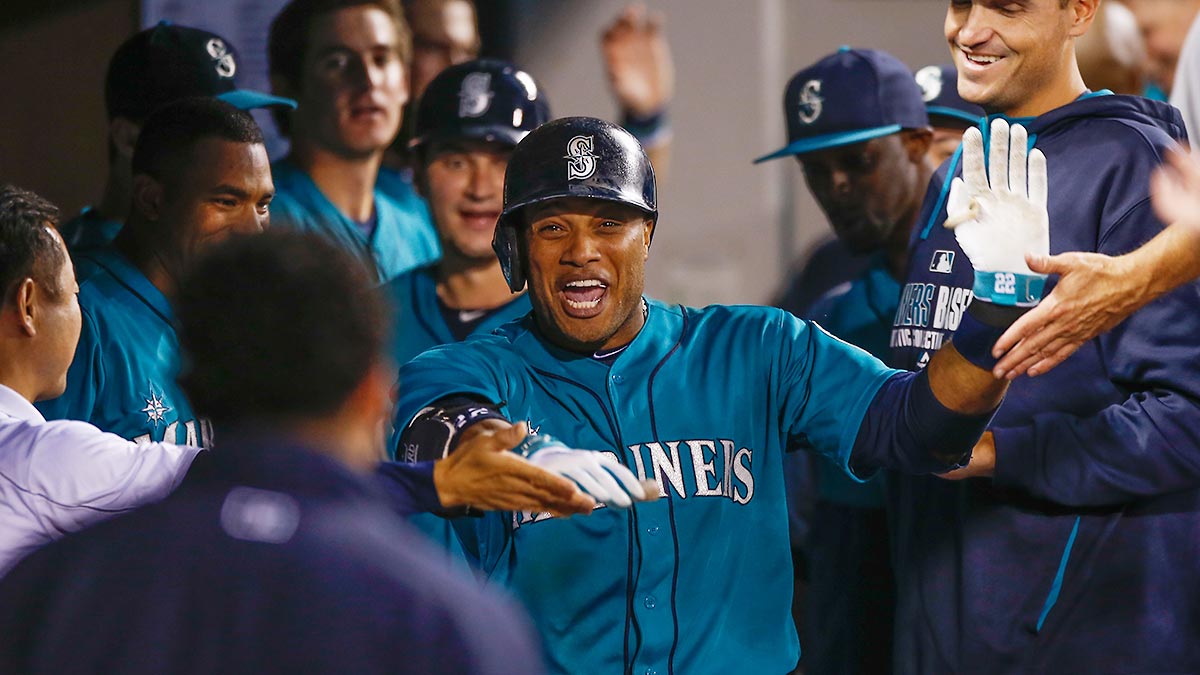 Some of the arguments against Cano’s 10-year, $240 million megadeal made perfect sense. There was the recent track record of other big-ticket hitter signings, like Albert Pujols, Joey Votto, Josh Hamilton, and even Brandon Phillips, all of whom started to look like busts almost immediately after the ink had dried on their new contracts. There was Cano’s age, 31 when he signed the deal, and more than 40 by the time he’d wrap, years past the point at which most players peak. There were concerns about park factors, and how going to a ballpark that didn’t offer Yankee Stadium’s short right-field porch risked severely harming Cano’s power numbers. There were also less logical and far more speculative arguments, such as Cano lacking the desire to dive for ground balls, or wilting under the pressure of suddenly being the no. 1 guy, or seeing his life force tragically be extinguished once John Sterling stopped calling his home runs.

But in signing Cano, the Mariners took advantage of three other factors in their favor.

First, they recognized where they stood. The M’s hadn’t made the playoffs since 2001 or finished above .500 since 2009. Attendance and interest were dwindling. And while Felix Hernandez, Hisashi Iwakuma, and some top prospects offered hope for the pitching staff, the lineup sorely needed a catalyst. Cano was the rare player who could offer major on-field benefits while also stimulating off-field interest both with his star power and by helping the team win more games.

Second, the M’s correctly understood that while the back end of any huge contract almost always looks terrible, the potential profit on the front end can help mitigate those late-term losses. A little back-of-the-napkin math for you: The cost of a win on the open market had climbed to about $6 million heading into last offseason. By Wins Above Replacement, Cano had been worth a bit more than six wins per season over the previous four years. Even assuming a minor pullback, that meant that Cano at $24 million annually — crazy as it might sound to the 99.9 percent of us who can’t even dream of making that much — might be a relative steal for the first few years of his deal. And indeed, sticking with that metric, Cano is already delivering profits, ranking fifth in the majors at a shade above five wins this year. If you’re not a big WAR fan, no problem: Ask yourself how many players — let alone how many second basemen — can hit .326 with a .394 on-base percentage in an extreme pitchers’ park while also playing elite defense and never getting hurt. The predictions about Cano’s power drying up have proven true, yet it’s barely mattered, because he’s provided value in so many other ways.

Third, while we tend to talk about the Dodgers and Yankees when citing big-money teams, plenty of other clubs have rivers of cash to spend in any given winter now that they’re flush with local and national TV revenue. The Mariners make $115 million from their local TV contract, and they also own more than half of Root Sports Northwest. Yet they rolled into the 2013 season with a payroll a tick above $84 million, ranking just 20th in the majors. While it’s true that team success tends to lead to spending more money — though spending more money doesn’t always lead to more team success — Cano’s free agency offered a golden opportunity to nab an MVP-caliber player without putting the team’s financial future in jeopardy. A roster built around young, up-and-coming players, with only the great King Felix constituting a major financial commitment, meant the M’s could open their wallets to land another superstar.

This season is far from over, and Seattle’s impressive wild-card position could fall through by year’s end. Cano still has nine-plus years left on his contract, and this could very well be the best performance we’ll see from him in a Mariners uniform. But for right now, we can appreciate the M’s recognizing what they had, who they could get, and what they needed to do. In fact, if you want a common theme for what’s arguably the strongest division in baseball this year, that’s probably it. 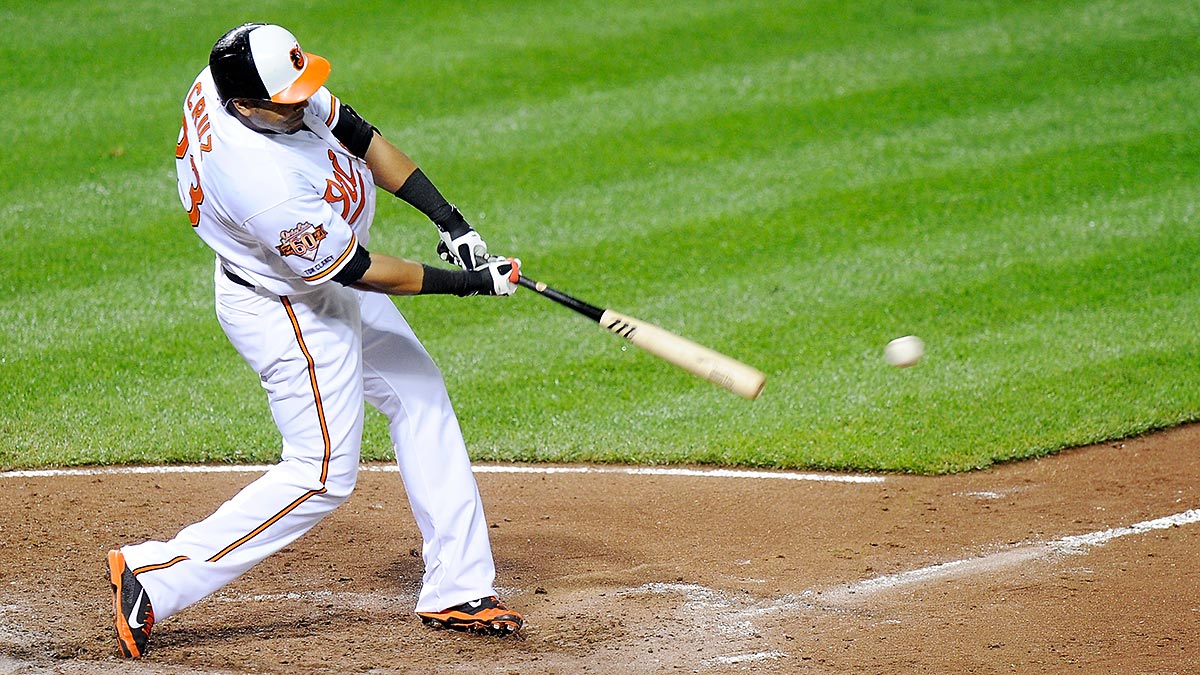 Somehow Chris Young — a 35-year-old pitcher making $1.25 million while putting up an ERA in the neighborhood of David Price, Madison Bumgarner, and Yu Darvish — isn’t the best short-term buy from last winter. That honor belongs to Cruz, who’s cooled off significantly after a torrid start but has been integral to the Orioles’ success all season, making the All-Star team and leading the majors with 34 home runs. He’s done all that for the absurdly low cost of a one-year, $8 million deal, which he signed after failing to land the multiyear megadeal most reports indicated he was seeking.

At first glance, you might think that kind of bang for the buck would prompt other teams to rethink their offseason shopping lists in two ways: (1) By making them more aggressively pursue players who’ve been busted for PED use, and (2) By getting them to stop worrying as much about sacrificing a compensatory draft pick if doing so means acquiring a quality player.

If only it were that simple. Ignore the potential stigma and performance risks that come from signing a post–PED suspension player, and a team could end up with someone like Cruz or Jhonny Peralta, whose four-year, $53 million deal with the Cardinals looks pretty good now that he’s posting offensive numbers basically identical to last year’s, with steady defense to boot. Or it could end up with someone like Everth Cabrera, the Padres shortstop who stayed with the same team and was never viewed as a star, but who also ranks as one of the worst players in baseball this year following a solid 2013 season cut short by the same Biogenesis probe that nabbed Cruz, Peralta, Ryan Braun, and others. Want to get really confused? Try figuring out what to make of Melky Cabrera, another PED case who looked like a potential bargain at two years and $16 million following his big 2012 season, only to play terribly (and get hurt) in 2013, and then become a key cog on a playoff contender this year, hitting .310/.362/.468 for the Blue Jays.

Wrestling with the matter of draft-pick compensation is also tricky. When looking at a superstar like Cano, teams are far more focused on the gigantic dollars required to reel him in than on a pick somewhere in the teens or 20s. But the returns on pick-attached players a rung down in talent are decidedly mixed, whether it’s Cruz or Kyle Lohse (whom no team would sign until March the year he was a free agent, and who’s now become an indispensable rotation mainstay for the Brewers) or 2014 disaster Kendrys Morales (who didn’t sign until after this year’s draft, at which point he no longer carried a compensatory penalty, then got traded away to another team). It’s not as dramatic as the in-season return of OHMYGOODNESSGRACIOUSROGERCLEMENS, but disappointing nonetheless.

Speaking of players who challenge the theory that no one-year deal can be a bad deal: Josh Johnson (one year, $8 million, never pitched a game for the Padres); Dan Haren (one year, $10 million, 4.44 ERA, almost exactly replacement level according to FanGraphs’ Wins Above Replacement); Paul Maholm (one year, $1.5 million, 4.84 ERA); the other Chris Young (one year, $7.25 million, currently unemployed).

With all of these conflicting results, it’s tough to find one immutable takeaway; if anyone had the perfect answer for how to spend money on baseball players, he’d probably guide his team to 20 straight World Series or, better yet, become a consultant to every team and buy a couple of island nations with his earnings. But if there’s something approaching a common theme, it’s this: Bucking conventional wisdom can pay off in a big way, whether by bidding on relatively unknown commodities, ignoring skeptics who fixate on the end of a contract rather than the beginning and middle, or realizing that one-year deals can be smart investments. Very often, when everyone else zigs, the best move is to zag.