Mike Trout Is the Real MVP, Miguel Cabrera Is the Players’ MVP 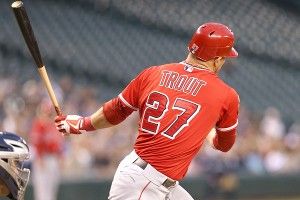