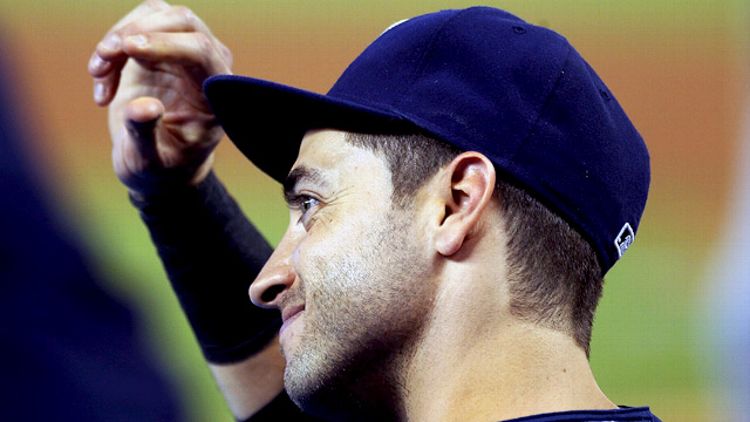 Ryan Braun’s name appeared in records kept by Biogenesis, a report by Yahoo’s Tim Brown and Jeff Passan revealed, marking the latest star player to be connected to the controversial Miami anti-aging clinic.

Braun, along with Yankees catcher Francisco Cervelli and Orioles infielder Danny Valencia, had their names turn up on a list that includes Alex Rodriguez, Melky Cabrera, and Cesar Carrillo, all three named in the Biogenesis exposé published last month by the Miami New Times. In that initial article, Braun’s name was redacted from the records published by the New Times, while the names of Cervelli and Valencia were cut off. Unlike with Rodriguez and other players profiled in the New Times piece, the names of Braun, Cervelli, and Valencia weren’t listed next to any performance-enhancing drug orders.

Still, the report has raised new suspicions in the Biogenesis case, particularly revolving around Braun. In 2011, the star Brewers outfielder tested positive for elevated levels of testosterone. The positive test was ultimately thrown out after an investigation revealed a breach of protocol by those in charge of handling the test. After winning the National League MVP in 2011, Braun put up comparable numbers in 2012.

In a statement following the release of the Yahoo report, Braun said his representatives approached Biogenesis proprietor Anthony Bosch as a consultant while MLB investigated his positive test.

During the course of preparing for my successful appeal last year, my attorneys, who were previously familiar with Tony Bosch, used him as a consultant. More specifically, he answered questions about T/E ratio and possibilities of tampering with samples.

There was a dispute over compensation for Bosch’s work, which is why my lawyer and I are listed under ‘moneys owed’ and not on any other list.

I have nothing to hide and have never had any other relationship with Bosch.

I will fully cooperate with any inquiry into this matter.

As FanGraphs writer and former attorney Wendy Thurm writes, it’s common for lawyers to retain one or more experts for consultation while preparing for an arbitration case such as Braun’s.

“Following my foot injury in March 2011, I consulted with a number of experts, including Biogenesis clinic, for legal ways to aid my rehab and recovery,” Cervelli said. “I purchased supplements that I am certain were not prohibited by MLB.”

Valencia responded, “I am shocked and troubled that my name is in any way connected to this story. I have never met or spoken to anyone connected with Biogenesis.”

Meanwhile, Major League Baseball officials have asked the New Times for records obtained in its story. As of Tuesday, New Times editor Chuck Strouse said the paper hadn’t decided how to respond to the request. Since MLB isn’t a government body, it has no subpoena power, meaning the paper could refuse the league’s request without any repercussions. Baseball could seek assistance if the New Times refuses its request, knowing that government has a rich history of intervening in such cases.