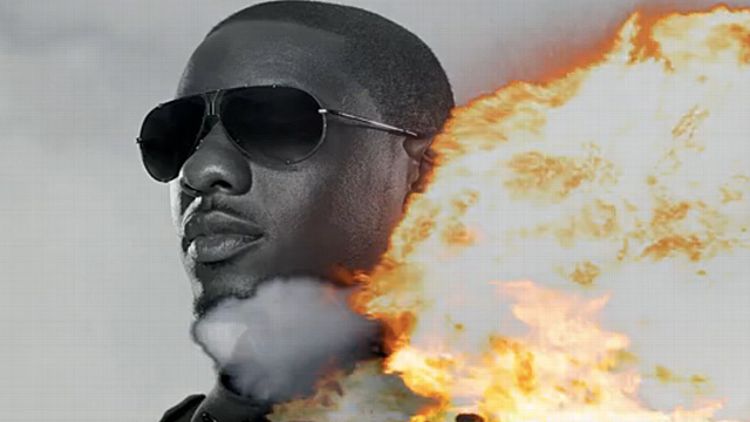 Mario Chalmers released a rap video. I am now going to ruin your day.

Upon further investigation: Grantland has learned that Mario Chalmers is not, in fact, the man rapping in the video (now taken down) of Mario dribbling in slacks and living amongst the flames. Consider this fake-out the next level beyond fake celebrity Twitter accounts.

2013: The year of blue-check verified rapper-athlete music videos. Get ready.

And sorry, Mario, for calling you a drug dealer and also President of the United States of America. Ignore everything. “Has never lost and has always been a winner”: officially stricken from the official record. Sincerest apologies.

I would just leave this post at that, but due to the fact that a little company may or may not have just invested 15 thousand BANDS in my athlete-rapper annotation skills, I figured I’d break down the short verse for your edification. Knowledge is power, especially with regard to Mario Chalmers.

All about my cash, my cake.
Never front, never fake.

Here, Mario is saying that he is all about two things, cash and cake, which means he splits his time 50/50 between making money and eating cake. The former may come as a surprise to you, but the latter is completely understandable. With regard to the second line, “front” is a slang/urban way of alerting the public that you are someone who doesn’t put up a fake outer façade, popularized by the Pharrell/Jiggaman song “Frontin’.” Following this with “never fake” is slightly redundant, but that’s OK. Mario’s just trying to get his point across. Early.

At this point in the song, a “yellow bone” has arrived at Mario’s door. This “yellow bone,” slang for an Afro American with fair skin, could be anyone, but one is forced to assume it’s a Basketball Wife. Said Basketball Wife has shown up to Mario’s house with a bag of marijuana. Mario likes this. What else does Mario like? Having a car that’s the same color as his Basketball Wife’s bag of marijuana. What else do we learn about Mario’s car? It doesn’t run on gasoline, due to the solar panels, and when he drives, he sticks his head out the window because otherwise he can’t see the road as well.

Bitch, I am the money team. Call me the Miami Heat.
Keep a hot hand, Chalmers, winning is my specialty.

LeBron James and Dwyane Wade aren’t around, so Mario can say whatever he wants. The first thing he does is refer to himself as the Miami Heat, because according to Mario Chalmers, the most important person on the Miami Heat is Mario Chalmers. Also, when Mario is making important points, Chalmers refers to himself as “Chalmers.” The important point he made was that he’s a winner and the reason for that is that he has never missed a jump shot. Ever.

Mario Chalmers is not modest, but would you be if you were elite at every level? I know I wouldn’t. But I’m not. I’m mediocre at most levels. South Beach is a religious place to Mario, which is interesting because the God of South Beach, according to Chalmers, is Chalmers, so he worships himself. Which, again, makes sense. “Cold” in rap songs and urban America is often a good thing (see: Kanye West, “Cold”). This is Mario bringing up his home state of Alaska, which is actually cold, but then — here’s the kicker — explaining that he’s COLDER. Which is super cold. As for the last part, Mario has a lot of willpower and it will be documented in the annals of history.

Mario Chalmers is a drug dealer and also President of the United States of America.

Pick that up, drop that off.
I’m about my cash, my cake.

Still dealing drugs, Mario is. And then, again, he reminds us of the two things that it boils down to at the end: making money and, most important, eating cake.

To bring it home, Mario redundantly reminds us that he’s the realest, and then again stresses the fact that he has never lost and has always been a winner. Then, after hammering those points home, he alerts us that attempting to thwart his progress is a sin against God (who, as we now know, is Chalmers), and that if you do that, you will spend the rest of your life in a Days Inn.